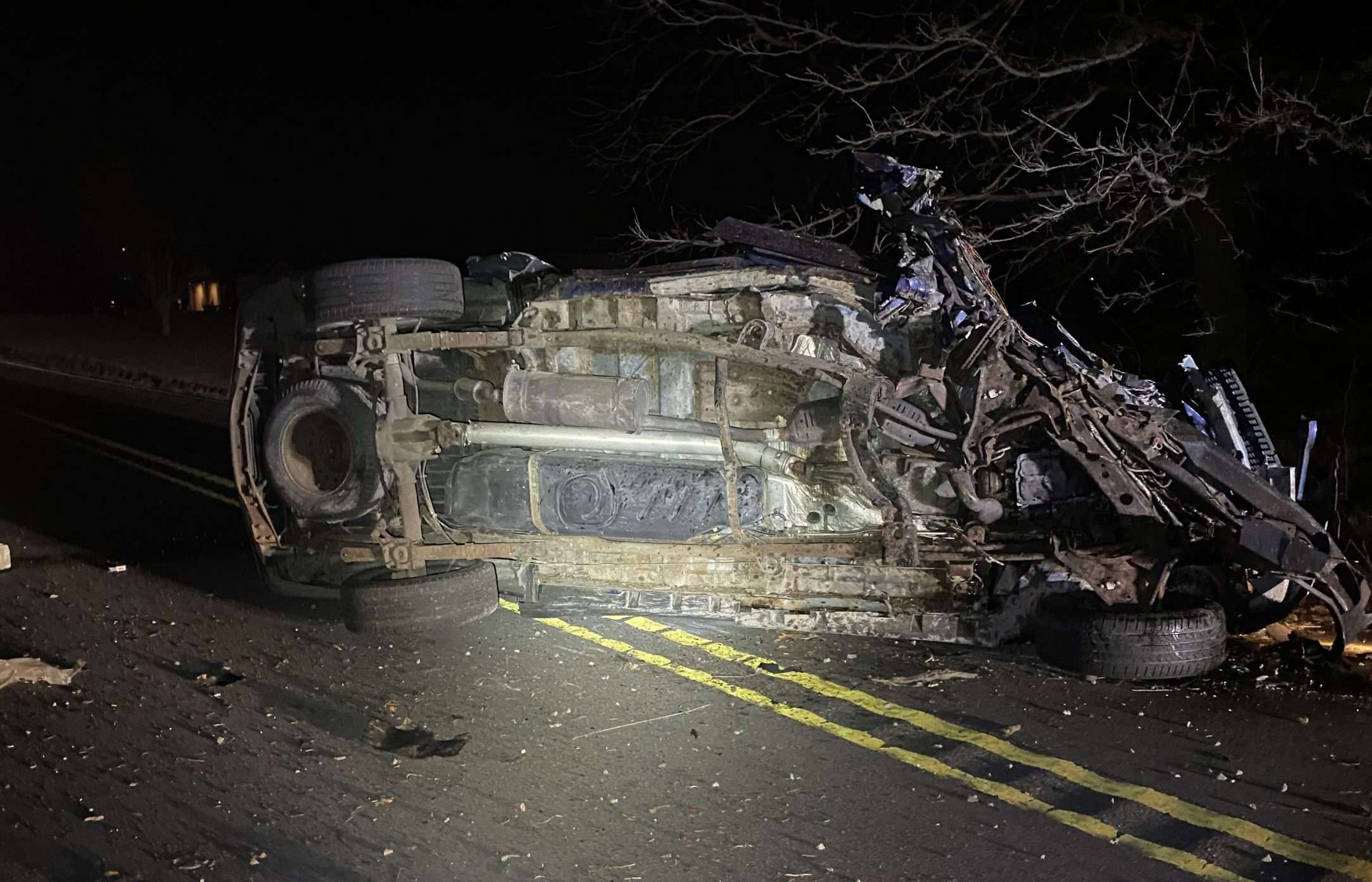 DeKALB COUNTY, Ind.-A 25-year-old Edgerton, Ohio man is in stable condition after he was airlifted from a single-vehicle crash in DeKalb County early Sunday morning.

DeKalb County Sheriff’s deputies were called to the 6700 block of State Road 8 at 3:11 a.m. on a report of a crash. The caller told dispatch that the vehicle was on its side in the middle of the road.

Once deputies arrived, they found the vehicle resting on the driver’s side of the SUV. The driver was pinned inside.

Officials say the SUV was going east on SR 8 when it drifted off the south side of the road into a ditch, then continued until it struck a large tree along the road with the passenger side.

The SUV then rotated 90 degrees back onto the road and rolled onto the driver’s side facing south.

The driver was pulled from the SUV and was airlifted to Parkview Regional Medical Center after suffering head trauma.

Speed and alcohol are believed to be factors in the crash. The incident is still under investigation.