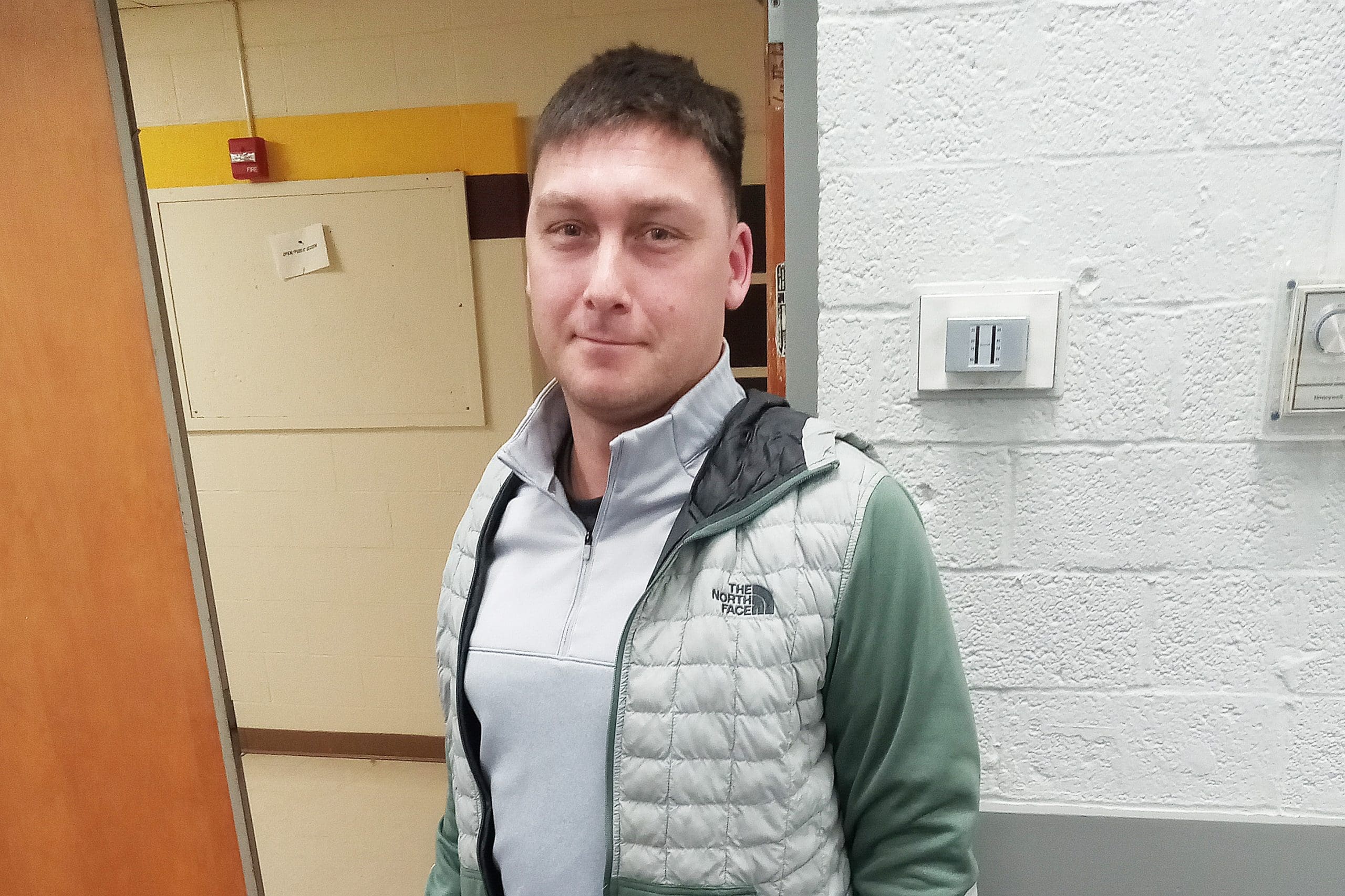 NEW TO THE BOARD … Chris Sanchez is a new member of the Edgerton Park Board. The board learned about four new Park Capital Projects.  (PHOTO BY DANIEL COOLEY, STAFF)

The Edgerton Park Board meeting of January 18 began with a discussion on four Park Capital Projects.

Fitzcharles announced that the bathrooms near the concession stands are being rebuilt, with brick.

The village also submitted an application for a grant to build a new community building in Miller Park, for August of 2024.

The proposed 7,800 square foot building will include a commercial warming kitchen and restrooms.

Fitzcharles then talked about two Capital Projects involving Gerhart Park. This will include a new proposed parking area and a NatureWorks grant that was received for benches and tables.

Also included in the Gerhart Park Project will be an area for new picnic tables and benches.

The Gerhart Park Project will also include removing current fencing and putting in another exit.

The village would also like to put in a speed limit radar sign, that will flash when people are going too fast.

Part of the project will also include putting in barriers and signs, regarding where to park. Fitzcharles stated that there are two current projects that have carried over from 2022.

The other current project from last year involves the outside town hall basketball courts.

The basketball hoops have been removed and the village is looking into the best price cost to put in new basketball hoops, as well as the possibility of putting in new flooring concrete.

Other projects outside of the four capital projects involve the Chamber of Commerce looking for the best place to hold a chainsaw project, construction of a Veterans Memorial Project and a project for the old Metal Works property.

Mayor Day has looked into other current Veterans Memorials. He would like to have one put in Town Park.

He is also looking into having a similar Veterans Memorial to some of the current sites looked at, or having something new constructed.

He is looking into the best feasible price for the project and then going from there.

As far as the old Metal Works property, the village is looking into using five acres of the site, part of which runs along the Tiffin River, for recreational purposes.

The village is looking into the possibility of putting in a boat launch and parking.

With no other areas to discuss, the park board members voted to adjourn the meeting.