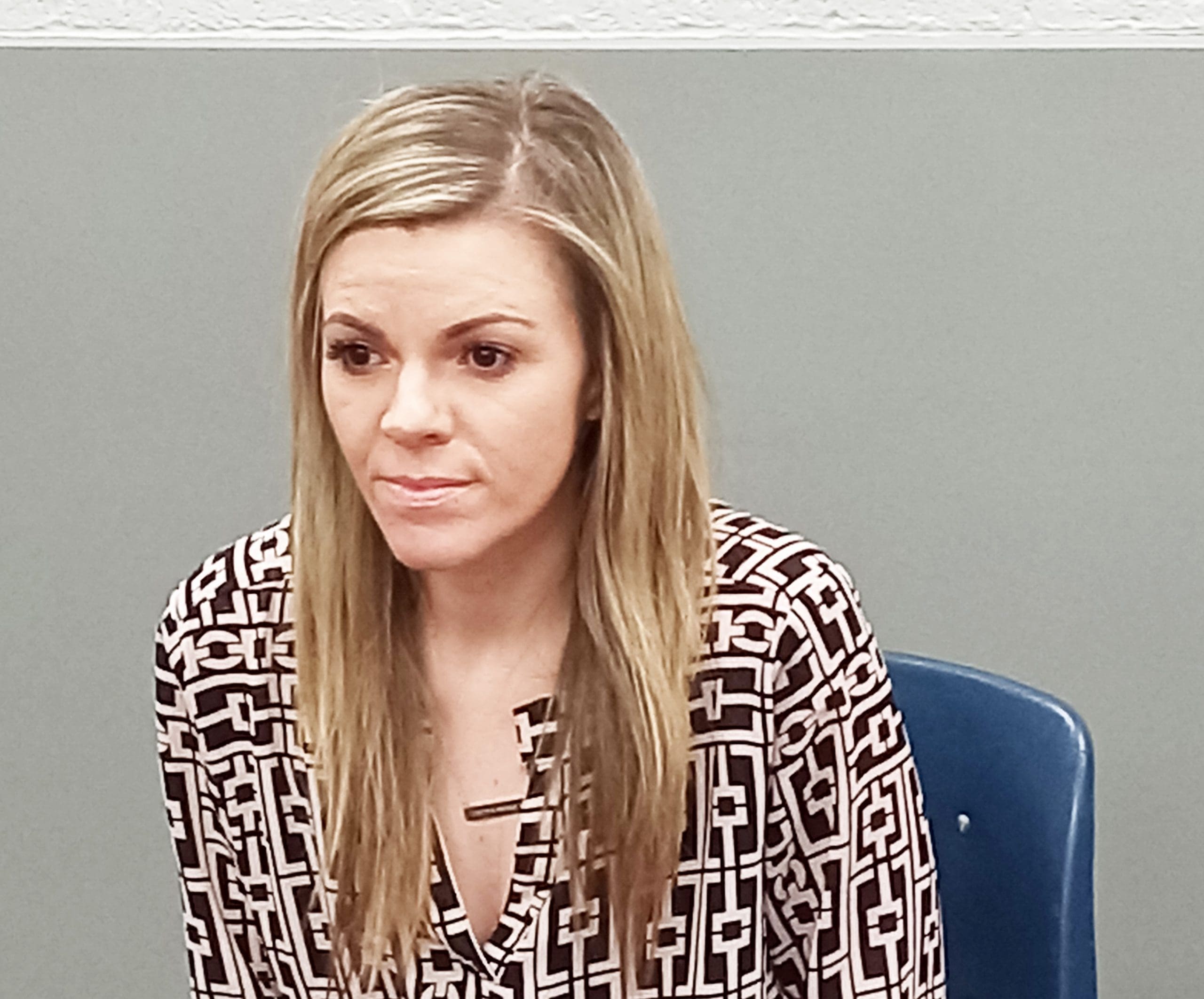 NEW HIRE … Edgerton police officer Ashley Kunesh, hired one month ago, is already fitting in very well. “Ashley has been a great hire for us,” said Edgerton Police Chief Gary Plotts. “She’s doing an amazing job for us and we’re proud to have her here.” (PHOTO BY DANIEL COOLEY, STAFF)

Ten minutes before the start of the Village of Edgerton’s January 17 council meeting, a Records Commission meeting was held.

In the first order of business, members approved the previous meeting minutes from August 16.

Members then approved to have the RC-2 Form requesting destruction of records from 2015.

Next, Knecht explained that the 2022 records are in the process of being boxed up. They will be stored in the office/records room, to get ready for an audit.

The records commission members then voted to adjourn the meeting.

The next Records Commission meeting will take place on Tuesday, August 15, at 6:50 p.m.

The Village of Edgerton Council meeting of January 17 jthen began promptly at 7 p.m., with the Pledge of Allegiance, followed a prayer from Mayor Day.

Next, council approved the meeting minutes from the previous January 3 meeting.

Mayor Day then thanked the community for their turnout for the Fireman’s Breakfast.

Police Chief Gary Plotts then gave a report. He stated that new police officer Ashley Kunesh has been a great hire for the department.

“She’s doing an amazing job and we’re proud to have her here,” Plotts said.  Next, Plotts stated that Kelly Kunesh is coming over from Stryker and he comes highly recommended.

Plotts then requested that council approve of his hiring at Edgerton. Council approved the hiring and Kelly Kunesh was then sworn in.

Plotts then stated that police dog Jaxx and Plotts visit the schools 3-4 times per week.

Plotts also said that the DARE Program will begin at Edgerton Schools on January 27. Dana Phipps will be running the DARE program.

In addition, Plotts stated that an anonymous donor donated $800 worth of tee shirts for all of the students.

Village Administrator Dawn Fitzcharles then gave a report. First, she stated that the Water Treatment project, which will begin after July 1, received a grant of $275,000, that will help with the project.

Among the areas of the project, the valves and gages, as well as pumps, will be replaced.

In regards to the Blight Project, Fitzcharles stated that the village is working on demolition of some properties.

The village is also working with the trailer court on improvements with those facilities.

In looking at the Edgemont Property, Fitzcharles said they are looking to improve that area by working with a third-party consultant.

Law Director Walker then talked about a grant agreement with Edgerton Metals. He said that attorneys are negotiating with the Ohio Department of Development (ODD), with a deadline of January 27.

Walker said that it will take about two years of remediation and then, five years of testing. Walker asked for council to grant them authority to continue to negotiate with ODD and council approved the request.

That was followed by Wallace thanking Plotts for stepping in and helping out with the Fireman’s Breakfast.

Council then approved the grant agreement for MARCS, the Ohio Division of State Fire Marshall, with a $2,160 fee for an annual radio subscription for the firemen.

That was followed by council approving a NatureWorks Grant agreement for the Gerhart Park.

Involved in the project was a $2,500 grant from the Bryan Foundation, along with $10,520 from the Ohio Department of Natural Resources.

That was followed by council approving Resolution 2023-003, accepting an agreement with ODD.

Next, Knecht gave the fiscal officer report. She stated that the credit review from December 16-January 15 was now available.

Knecht stated that it is utility conversion week for the next five business days, ending on Tuesday, January 24.

Knecht said that her department is still working on getting out the W2s and 1099 forms for 2022.

Council then passed the motion to pay the bills. Council then voted to adjourn the meeting.

The next council meeting will be on Tuesday, February 7, at 7 p.m.