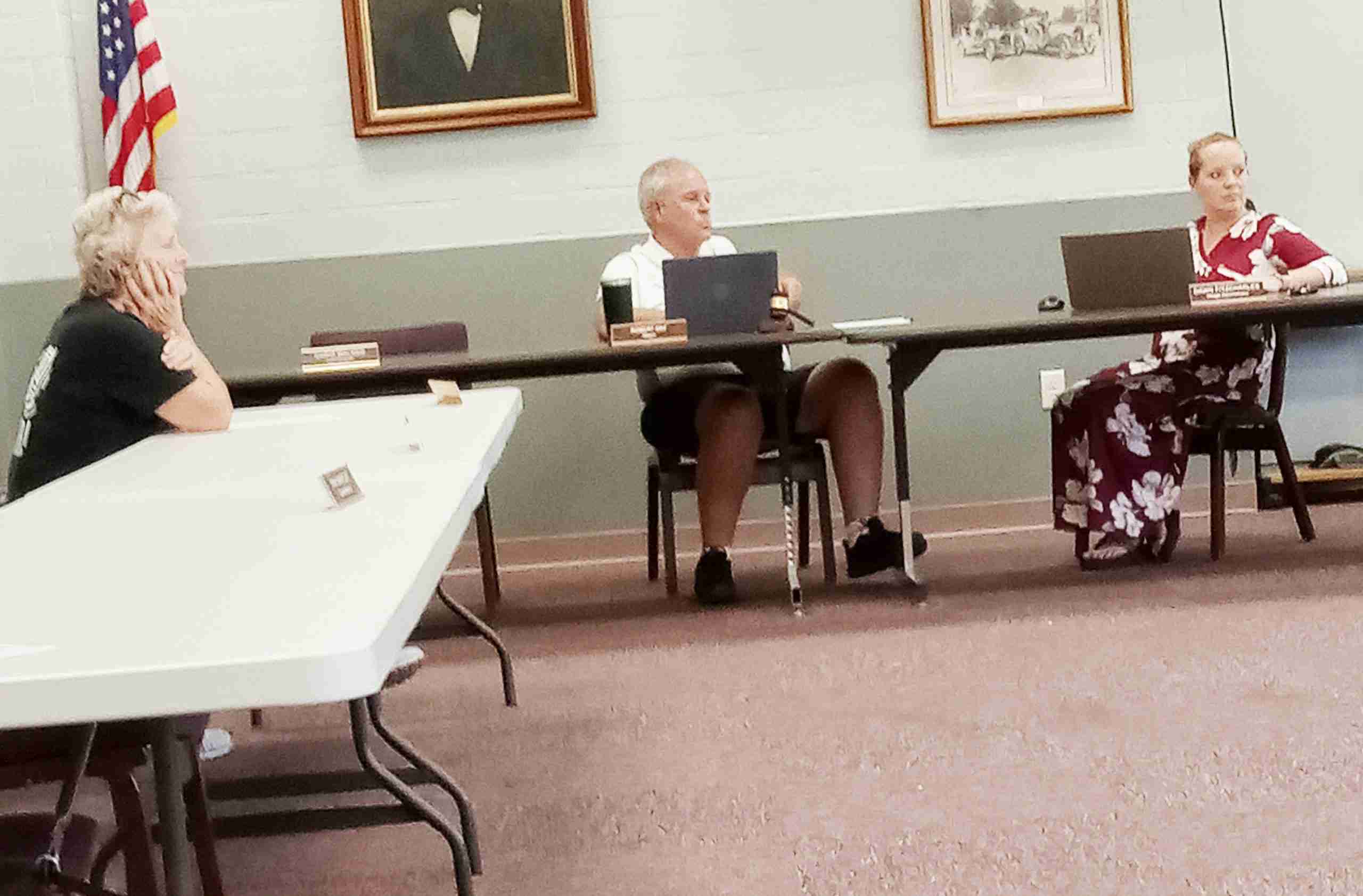 Mayor Robert Day announced that the main purpose of this meeting was to come up with a date for a community workday. But before that date could be discussed, Day showed pictures of different sites within the village that could serve as part of workdays.

Among them were fire hydrants that needed painting, weeds to be pulled around the flagpole in Miller Park, playgrounds to be cleaned up, as well as cleaning up the grassy areas on both sides of the railroad tracks.

Also, in one area of the village, a big rock was found among an area that was covered by weeds. While it was discussed that the rock should be moved to a much more visible area, Wallace suggested that it be moved to the flagpole area in Miller Park.

Wallace suggested that in getting help with moving the rock, stating either Stark Truss or Big C Lumber should be contacted.

In the grassy area around the railroad tracks Wallace suggested that the area should be sprayed in the fall and in the spring.

He also suggested that he could contact Jason Scantlan and Kevin Carlin of Pheasants Forever regarding the possibility of donating wildflowers to the area.

Another area that Wallace suggested needed some community work was the area around the batting cages in Gearhart Park where there are a lot of weeds.

Before discussing what would be needed in each of the possible workday areas, Day suggested Saturday, September 17, from 9 a.m. to approximately 12 p.m. The date and times were accepted by the committee members.

Wallace stated that something should be done to clean up the pavilion area in preparation for putting up Christmas decorations.

Day responded that a men’s group from the Methodist Church was planning to take care of the pavilion.

Regarding the upcoming workday, Day said that anyone in the community who is interested in helping out, they should contact the town hall.

Day also told the committee members that if they see something within the village that could be worked on to let him know.

The committee members then voted to adjourn the meeting. Day has not yet announced what areas will be involved in the September 17 workday.