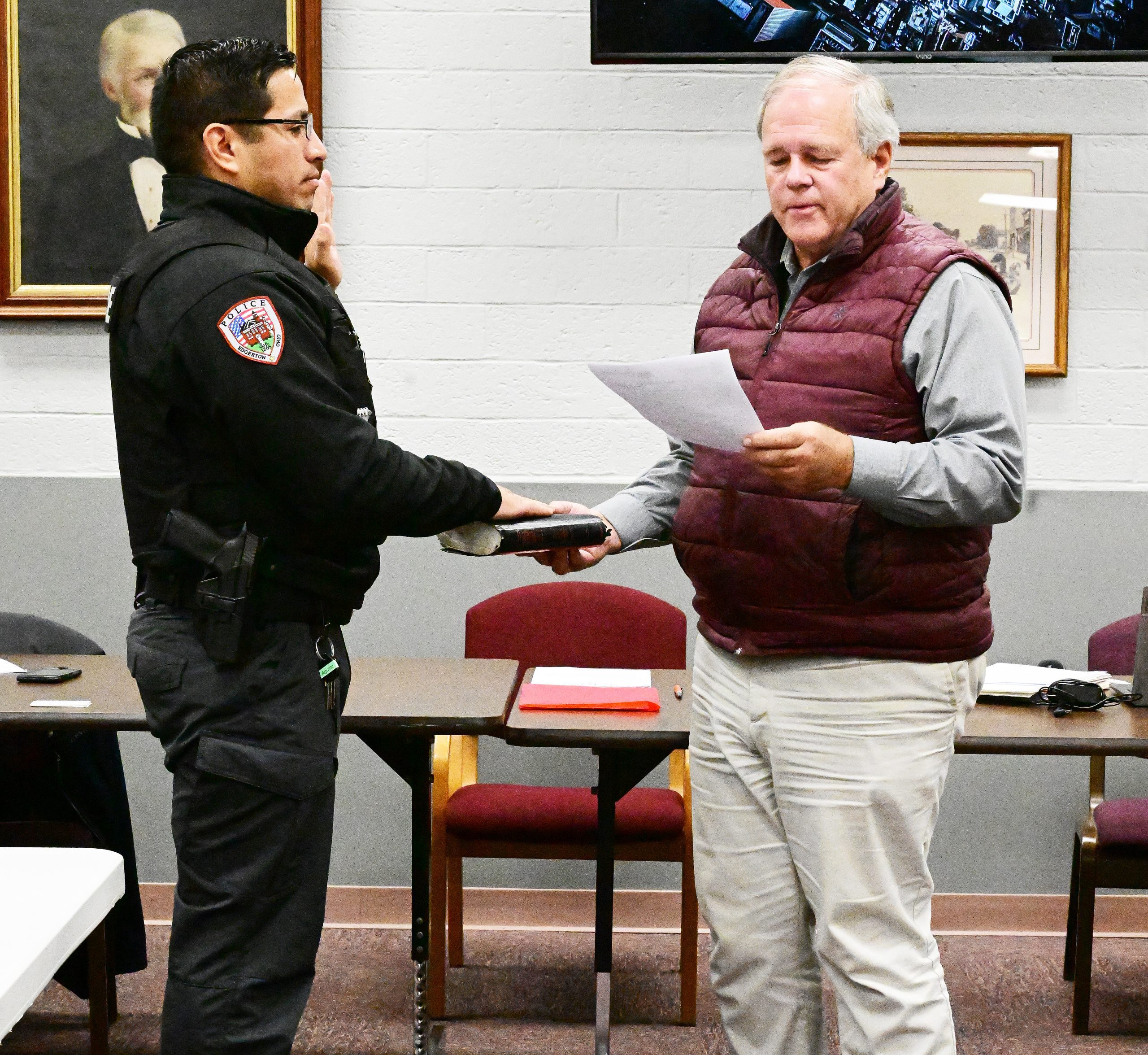 SWORN IN … Mayor Robert Day is shown swearing in officer Fabian Aguilar to the Edgerton Police Department. Aguilar had previously been employed by Edgerton but left after an accident. Many of the Edgerton police officers came in support of their fellow officer. (PHOTO BY LINDSAY PHILLIPS, STAFF)

Edgerton Village Council began their meeting on Tuesday, November 15 at 7:00 p.m. in the Village Office.

Following a roll call of all members present, minutes from the previous meeting on November 1 were approved.