Edgerton’s Ally Cape Takes Her Place In The Record Books 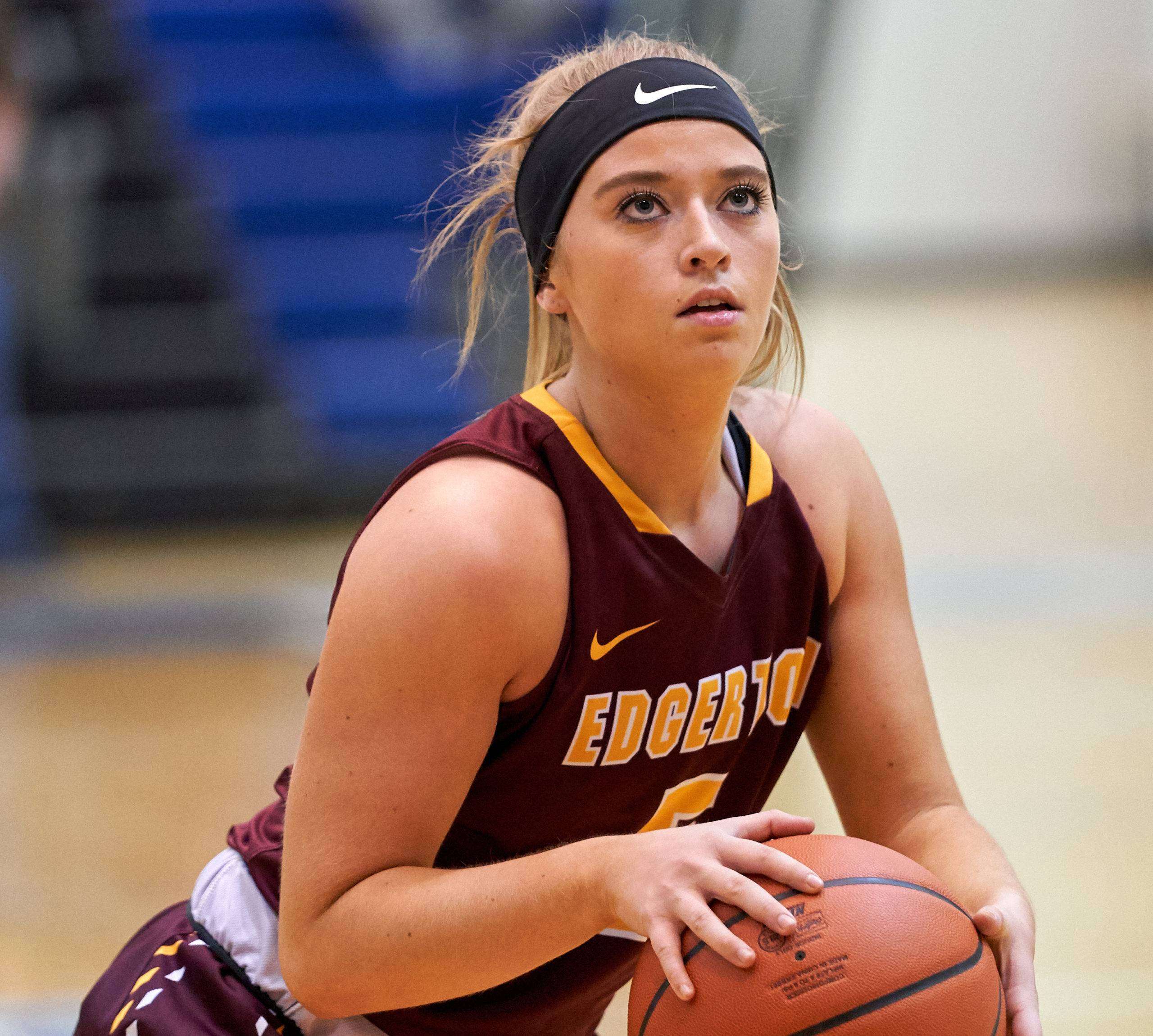 For every high school basketball player, scoring 1,000 points in a career is something that is thought about from the start of their high school careers. For Edgerton senior Ally Cape, the story was much the same.

“I have been dreaming and striving for this accomplishment ever since my freshman year. This accomplishment means so much to me. It is such an honor to be able to represent my team, town, and family as a result of this”, commented Cape who also plays volleyball and softball.

Cape reached the milestone on a free throw during the third quarter of a 37-29 win over arch rival Edon on February 1st.

Her basketball career began at young age when she joined the Upwards organization in the second grade and then when she was in the fourth grade, she began playing for St. Mary Elementary school. She has also spent time on the AAU circuit playing for Team Mac and the Toledo Fury.

Currently, Cape is shooting 36% from the field, 84% at the free throw line and leads Edgerton in scoring at 15.9 ppg. She is the ninth girls’ player to reach 1,000 points with Chivonn Keppeler being the last to do it in the 2002-03 season.

Edgerton head coach Nathan Davis, who is in second season leading the varsity program, has high praise for his senior leader.

“Ally is a special player because she understands the game very well. She has the passion to compete and improve in the game of basketball. She sees what’s coming before it happens on floor. She is unselfish while playing the game.”

“What people do not see is the hours she put in the past to get where she is now. A lot of playing games and traveling to tournaments to play during the summer to improve her game. She is quiet leader on and off the floor. Our team feeds off her energy and her play.”

“Overall, she is a great basketball player and she has been waiting for this moment to reach the goal of 1,000 points. She has put the work and dedication in to get to this point, and long hours in the gym paid off”, concluded Davis.

With this achievement behind her, Cape now turns her focus to remainder of the Edgerton season. “To go as far as possible in the tournament and enjoy the last couple of games with my teammates. Most importantly just to have fun!”, said Cape when asked about her goals for the final month of the season.

“I would just like to give a huge thank you to everyone who has supported me in this journey. I wouldn’t have been able to do this without the support. I am so proud to be a Bulldog”, added Cape.

Cape plans to attend Trine University after graduation where she will major in Exercise Science and continue her basketball career.