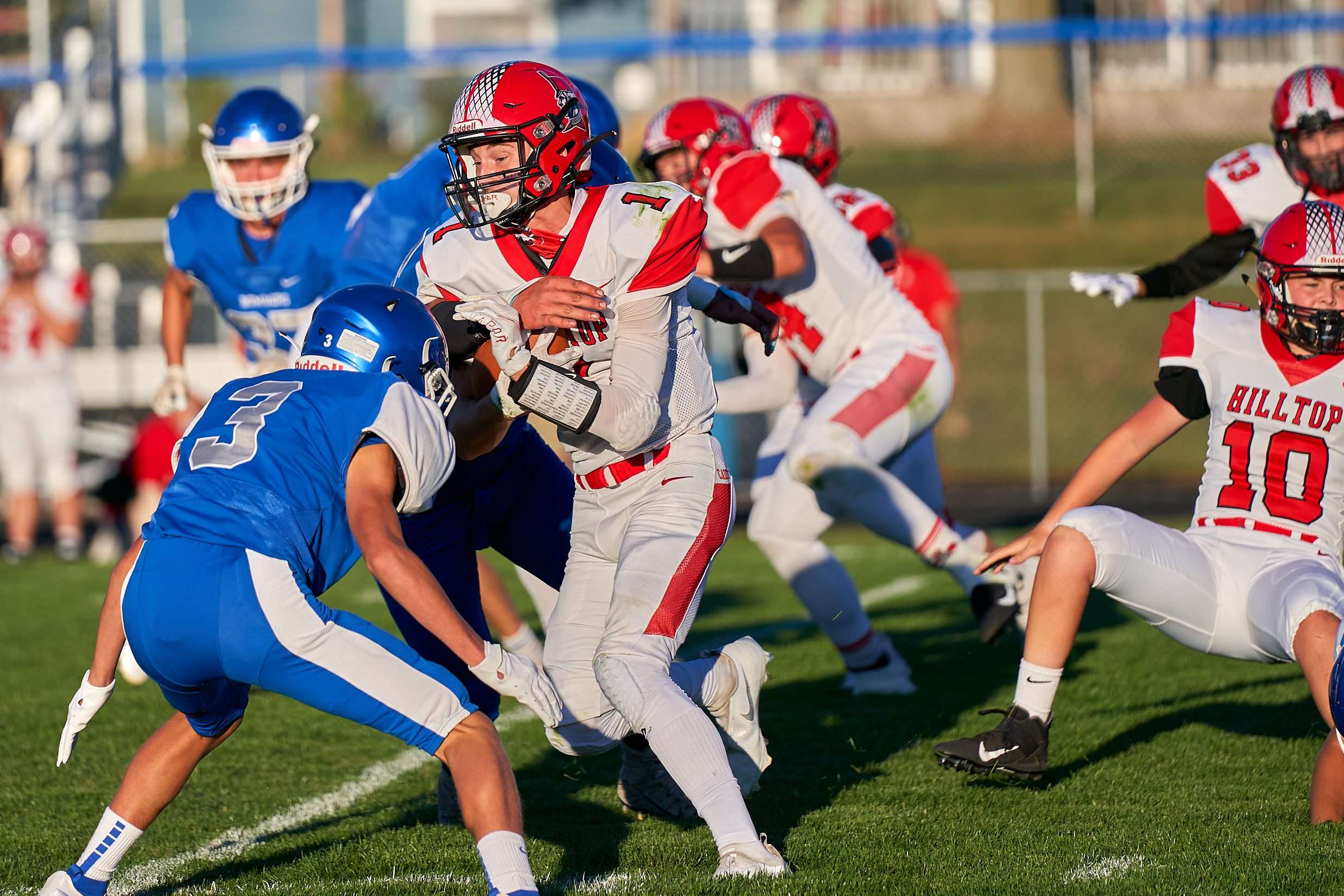 EDON – The Bombers scored early and often to get the first win of the Bob Olwin era 61-6 over Hilltop on Homecoming Night. Edon found the end zone four times in the first quarter starting with a one-yard touchdown run by Henley Dye, two touchdown passes by quarterback Drew Gallehue and an interception return for a score by Destin Hamrick.

Edon continued to roll offensively in the second quarter led by touchdown passes of 48, 6, and 20 yards by Gallehue to increase the Bombers lead to 46-0 at halftime. Gallehue connected with Wade Parrish on a nine-yard touchdown pass with 6:12 left in the third quarter to make it 53-0.

That was the sixth touchdown pass of the night by Gallehue, a new school record. Hilltop’s lone score of the night came courtesy of a 63-yard scamper by Andyn Haynes.

For the night, Edon outgained Hilltop 343-68 in total offense led by Gallehue who 18/27 for 249 yards and 6 TDs. Dawson Kiess topped the Edon receivers with 4 receptions for 85 yards and two touchdowns and Henley Dye had 6 catches for 74 yards and a score.