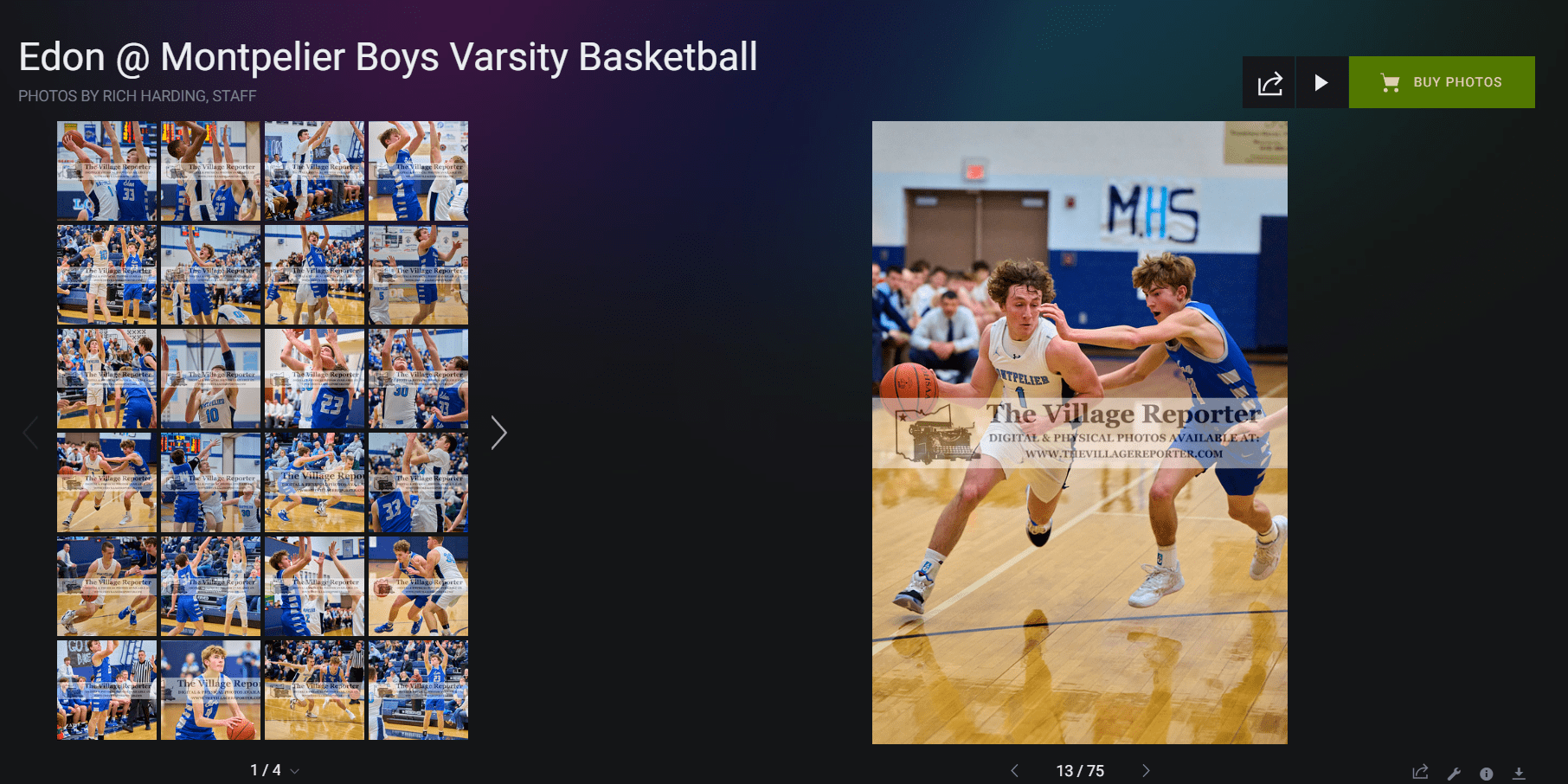 MONTPELIER – Though Edon’s biggest lead was just five points, the Bombers held the lead for the majority of the first three quarters.

In fact, Peyton Trausch’s three-pointer just before the third quarter buzzer gave Edon a 30-26 advantage. But then came the fateful fourth quarter.

While Montpelier tallied just six points in the final period, the Locomotives held Edon scoreless. That enabled Montpelier to pull out the 32-30 win.

Girrell then put together heroic plays on both the offensive and defensive ends. First, Girrell’s 12-foot jumper put Montpelier up, 32-30, with 1:50 left in the game.

Next, it appeared that Edon would tie the game up on a layup on the right side. That is, until Girrell stepped in to partially block the layup attempt.

“I was able to get a piece of that shot,” Girrell said. “And making that jump shot that gave us the lead, felt good. Our team is starting to put things together.”

Garrett Walz had a chance to ice the win for Montpelier (4-6, 1-1 BBC) at the charity stripe but missed the front end of a one and one, giving Edon one last chance.

The Bombers had a good open look at a three-pointer at the buzzer, but the shot didn’t go down.

“In that fourth quarter when Edon was shut out, I told the guys to help each other out a lot more defensively,” said Montpelier coach Nick Ramos.

“Edon did have a good look at the end of the game, but sometimes the ball bounces the way it did and I’m happy.”

“There are times in games when I tell myself, I’ve got to step it up,” Walz said.

“The last few possessions of the game, we took some bad shots and had some costly turnovers,” said Edon coach Matt Ripke.

“We did a decent job defensively, but our trouble was 14 turnovers. That’s 14 times that we didn’t get a shot off. But give credit to Montpelier. Their kids made plays down the stretch.”

Next up for Edon is a home contest with Stryker on January 13.

Montpelier (4-6, 1-1) hosted Hamilton, Indiana on Saturday, January 7 and hosts Holgate in a BBC tilt on January 13.