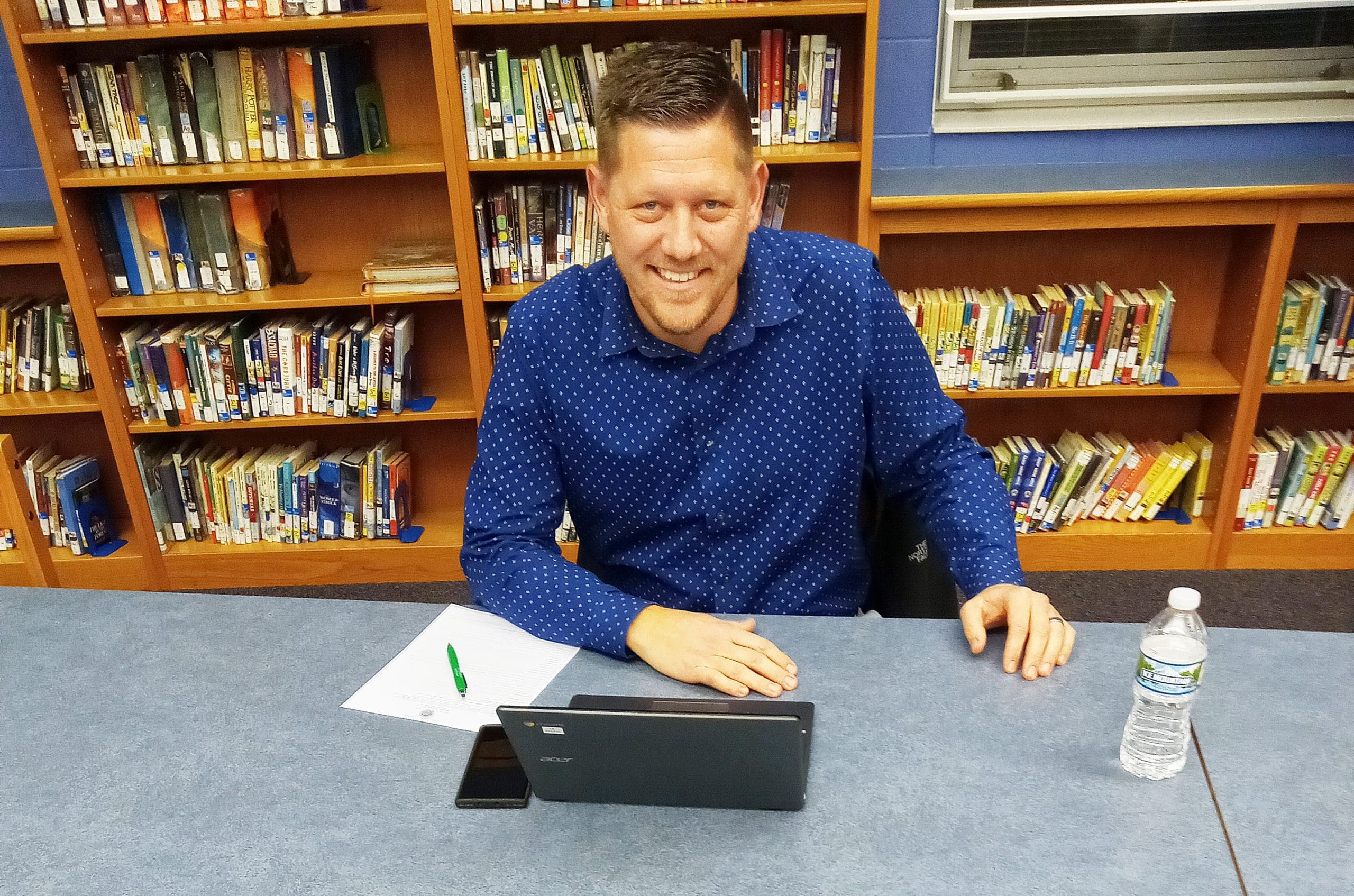 STARTING 2023 … Cody Best has been elected as the President Pro Tempore for the January school board organizational meeting. (PHOTO BY DANIEL COOLEY, STAFF)

The Edon School Board meeting of December 12 began with the Pledge of Allegiance, followed by roll call.

First, the board approved the meeting minutes from November 14. Next, the board approved seven other consent agenda items: the financial reports for November; an amended certificate from the county auditor; the then and now certificate for November; donations; the November substitute lists from the Northwest Ohio Educational Service Center (NWOESC); the list of early graduates and the 2023 Ohio School Boards Association membership dues, annual OSBA Briefcase and School Management News.

In the high school principal report, Kayla Lapham stated that they are looking at a system that will keep track of any student problems, like students overusing the restroom during class time, for example, at a specific time each day.

She stated that the particular system she is looking at is used by other schools. She hopes to have the system in place by January 5, 2023.

In the elementary principal report, Jennifer Ripke stated that in a particular ratings system, the preschool maintained their five stars.

In the state test scores, 30% compiled scores of 700 or higher and 45% passed. The writing performances were bad, though she said that that is often the case the first time around.

Students can retake the test in the spring and there will be an alternate test in February.

Ripke stated that most of the students usually pass the test the second time around.

In the superintendent’s report, Anthony Stevens said that on the positive, there is an uptick in overall attendance at 564, up from 552 at the start of the school year. Also, all the buses passed the spot inspections.

In the legislative update, Stevens stated that there are currently 92 bills out there and he said that 47 of those are relevant.

One that he is concerned about is Senate Bill 178, which was recently passed. With this bill, Stevens anticipates that some drastic changes will be seen in the Ohio Department of Education.

In new business, Stevens stated that Edon Schools are trying to fill an afternoon bus spot.

Currently, Stevens and two other staff have been filling the afternoon slot. Though that works for now, this is not the desired answer to filling the bus slot.

In action items, according to the agenda, the board approved the resolution “to accept the rates determined by the Budget Commission and authorizing the necessary tax levies and certifying them to the county auditor.”

Next, the board elected Best as the President Pro Tempore for the January organizational meeting.

The board then set the date and time for the organizational meeting for January 9, at 5 p.m. That will be followed by the regular school board meeting, at 5:30 p.m.

The board then approved of the following five recommended action items: the Memorandum of Understanding with the NWESC for non-resident students’ graduation; to amend hours for bus route contracts; to approve a revised contract for Pauline Snow, Custodian 1 for six hours weekdays; to revise the rate for athletic trip/field trip bus driver to step 1 of the bus driver salary schedule and to approve revisions to the 2022-23 school calendar.

The board then voted to adjourn the meeting.