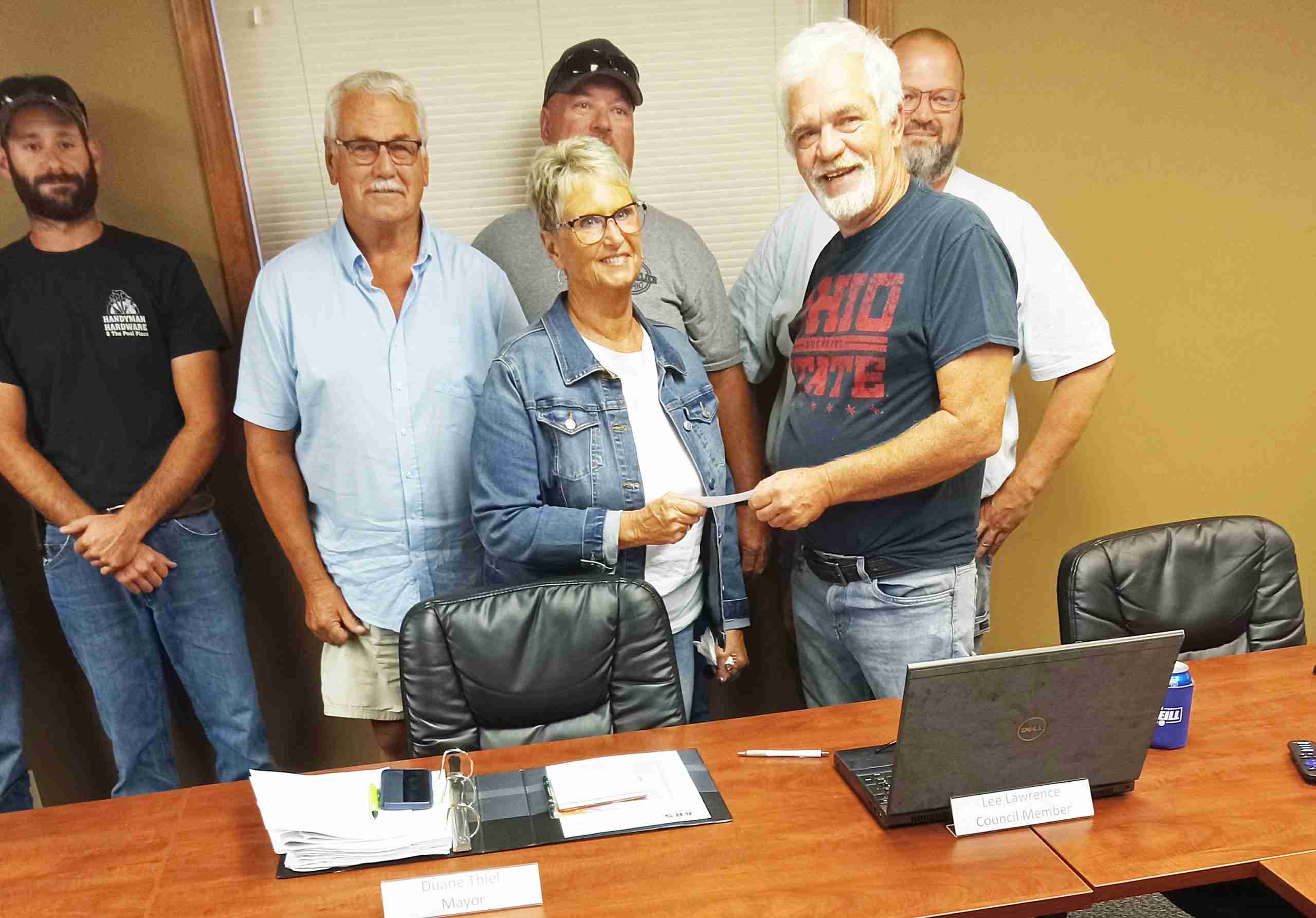 The meeting began with approval of the council’s meeting minutes from the July 18th meeting. Council then approved the financial report and bills.

Next, Parks President Lee Lawrence accepted a $5,000 gift from Susan and Mayor Duane Thiel. The money will go towards the second phase of the Walz Park Project. Lawrence estimated the cost of the second phase at $150,000.

Next, in discussing handicapped parking on Bunny Lane, Police Chief Tom Szymczak said he needs to find out what the standards are and then he can let the village know how many spaces and parking signs will be needed.

Regarding the safety committee, Brook Morris said that council didn’t think that it was necessary to have a contract with the police department for football and basketball games.

Regarding the safety committee, Lawrence said that when things are dried out they can put the matting and jelly bean type padding down for the playground and begin assembling playground equipment.

Lawrence stated that Fiscal Officer Heidi Bidwell put in an application for a grant for the playground project. A Nature Works grant has also been applied for.

Administrator Chad Ordway stated that he will look further into what will needed to be done for the handicapped parking on Bunny Lane.

Ordway said that he will meet with an engineering firm later this week and that repairs to the walkway bridge by Walz Park have been completed.

Also, Ordway said that a street barn and assembling the playground equipment is the next project.