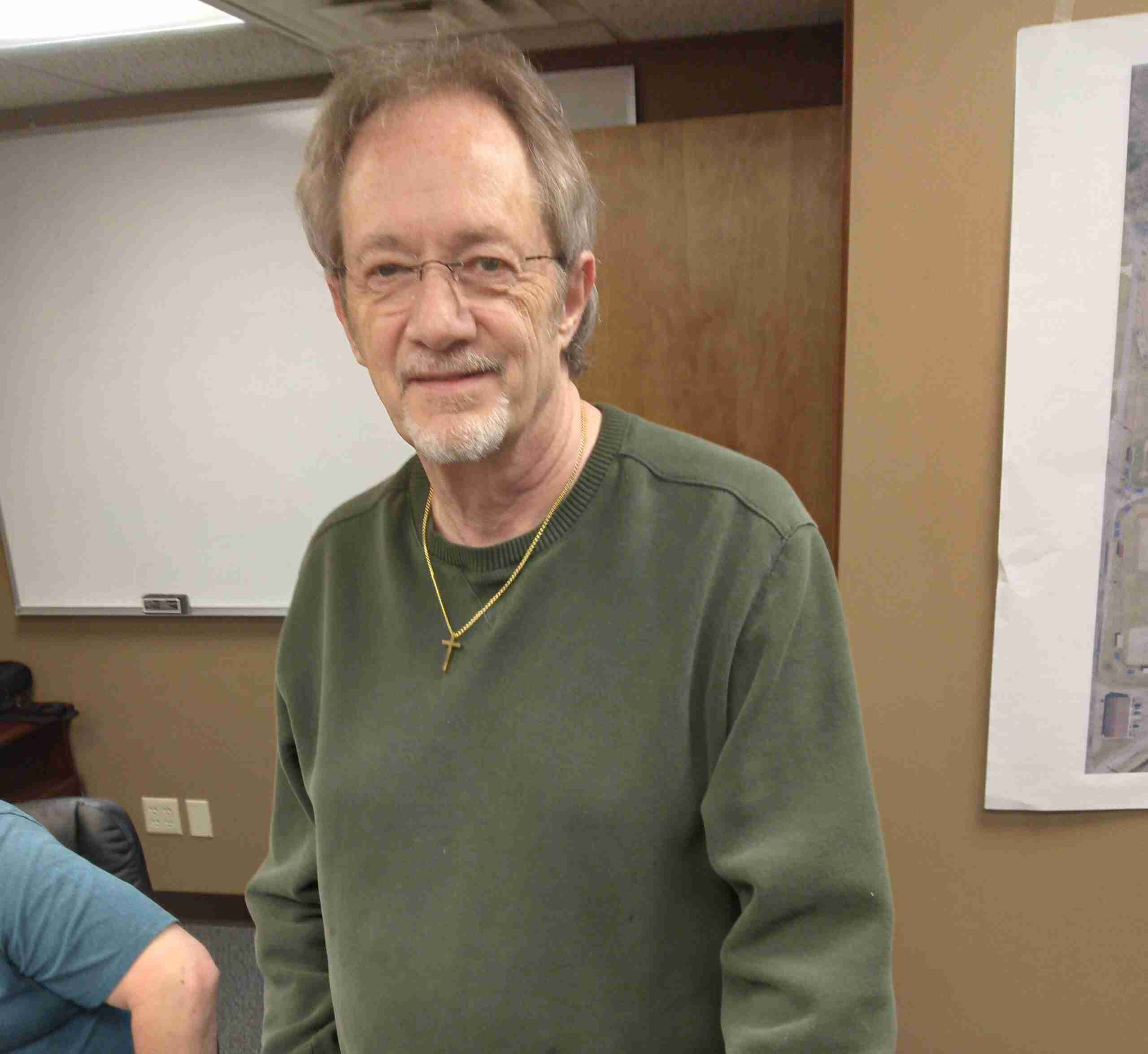 HIRING MARKETING DIRECTOR … Randy Edwards was recently hired by the Village of Edon as a Marketing Director. His main job will be promoting the village. (PHOTO BY DANIEL COOLEY, STAFF)

The March 21 Village of Edon Council meeting began with the Pledge of Allegiance, followed by roll call.

“My job is promoting the village,” Edwards said. “I’ve already set up a YouTube Channel and I’m talking to people in the town to see if there are ways to get growth. Edon may be a little village, but it’s someplace special.”

In the police report, the department reported that an electronic speed sign seems to be working, because people are slowing down.

However, the sign needs to be adjusted slightly, because the radar is picking up movement that is too far, recording people in the 55 mile per hour zone.

In the safety report, Brook Morris said that they had a meeting with Edon superintendent Anthony Stevens, who asked to look into the possibility of putting together a contract with the police force for 22 boys and girls home games.

After discussion, it was decided that the police will make contact with Stevens to see exactly what the best arrangement would be.

The park board discussed the possibility of putting in a parking lot on Stevens Drive, a temporary use, until the new road goes in. No decision was made on the parking lot at this time.

In the financial report, village administrator Chad Ordway reported that the funds are stable, though they still have to meet the EPA’s recommendations.

In regards to the sanitary sewer funds, 0rdway said that there is a renewal rate every five years, so they will check on the funds then.

In other reports, the cemetery department said that they are currently working on cleanup and Ordway said that the new park mower is ready to go.

In new business, Ordinance 03-22 was discussed. This ordinance is a workman’s comp update, to match the village policy. The council then approved to have the new update put in the village rule book.

Next, the council approved the advertising of bids for playground equipment.

The council then approved of the seeking of qualifications for engineering for a new sewer plant.

That was followed by the council’s approval of seeking qualifications for engineering for downtown upgrades of street lights and sidewalks.

Next, the council approved of the first reading of Ordinance 04-22, for amending sewer rates, adding a base rate of $1,2 for the next five years.

The village council then approved to adjourn the meeting, with the next scheduled council meeting scheduled for April 18.