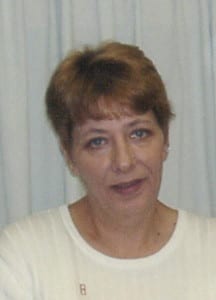 Evelyn was preceded in death by her grandson, Jase Cocke of Wauseon; sister, Marie Glass of Toledo and brother, Dalton Grames of Toledo.

The family requests that memorial contributions be given to the Wauseon VFW and American Legion Auxiliaries. Online condolences may be offered to the family at www.grisierfh.com. Edgar-Grisier Funeral Home in Wauseon has been entrusted with arrangements.