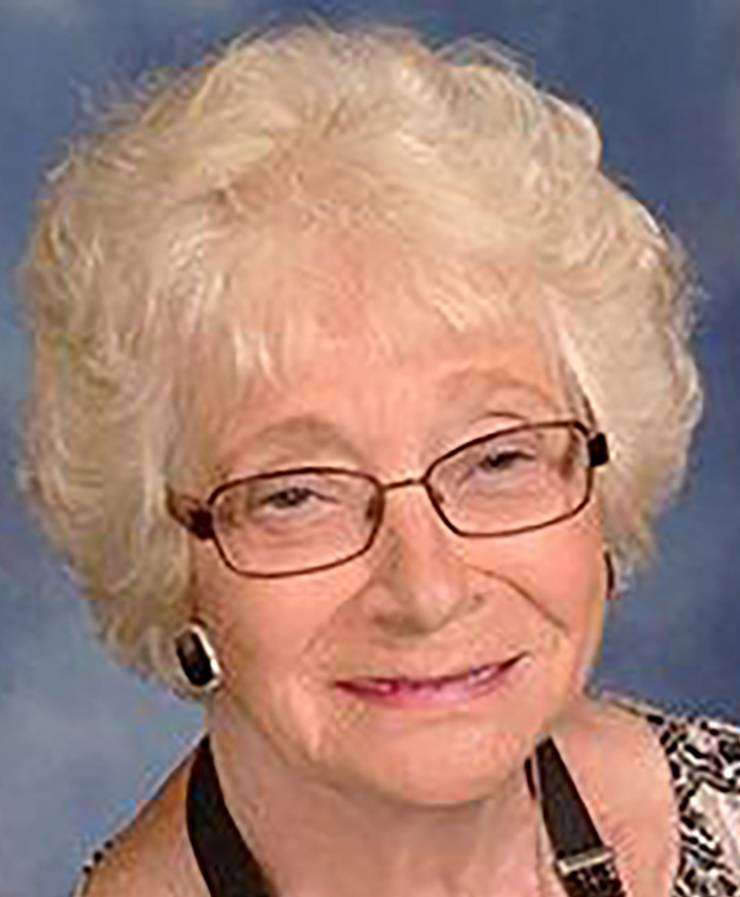 Upon graduation from Glandorf High School, she attended the University of Findlay, where she met her husband, Byron Richard “Dick” McClure of Grelton, Ohio, whom she married on July 4, 1958. They lived 29 years in Bryan, Ohio, before retiring and moving to Fremont, Indiana.

After their five children were in school, Evelyn worked as a secretary at the Spangler Candy Company in Bryan, Ohio, for 28 years.

The family attended St. Patrick Catholic Church in Bryan, Ohio, where she was a member of the choir, Teresa’s Circle, on the board of directors of the St. Patrick Credit Union and the parish council for a number of years.

In 1997, Evelyn and her husband moved to Indiana, where they were members of St. Anthony of Padua Catholic Church of Angola, Indiana. She was an active member of the choir and the Altar and Rosary Society.

She was preceded in death by her parents; husband, Byron Richard “Dick” McClure on Feb. 20, 2010; and siblings, Jeanette Kohls, Corwin Kohls, Norman Kohls and Don Kohls.

Memorial donations may be made in Evelyn’s memory to Heartland Hospice, 1315 Directors Row, Fort Wayne, IN 46808.

Condolences may be expressed online through our website: www.weichtfh.com. Local arrangements are handled by the Weicht Funeral Home, Angola, Indiana.