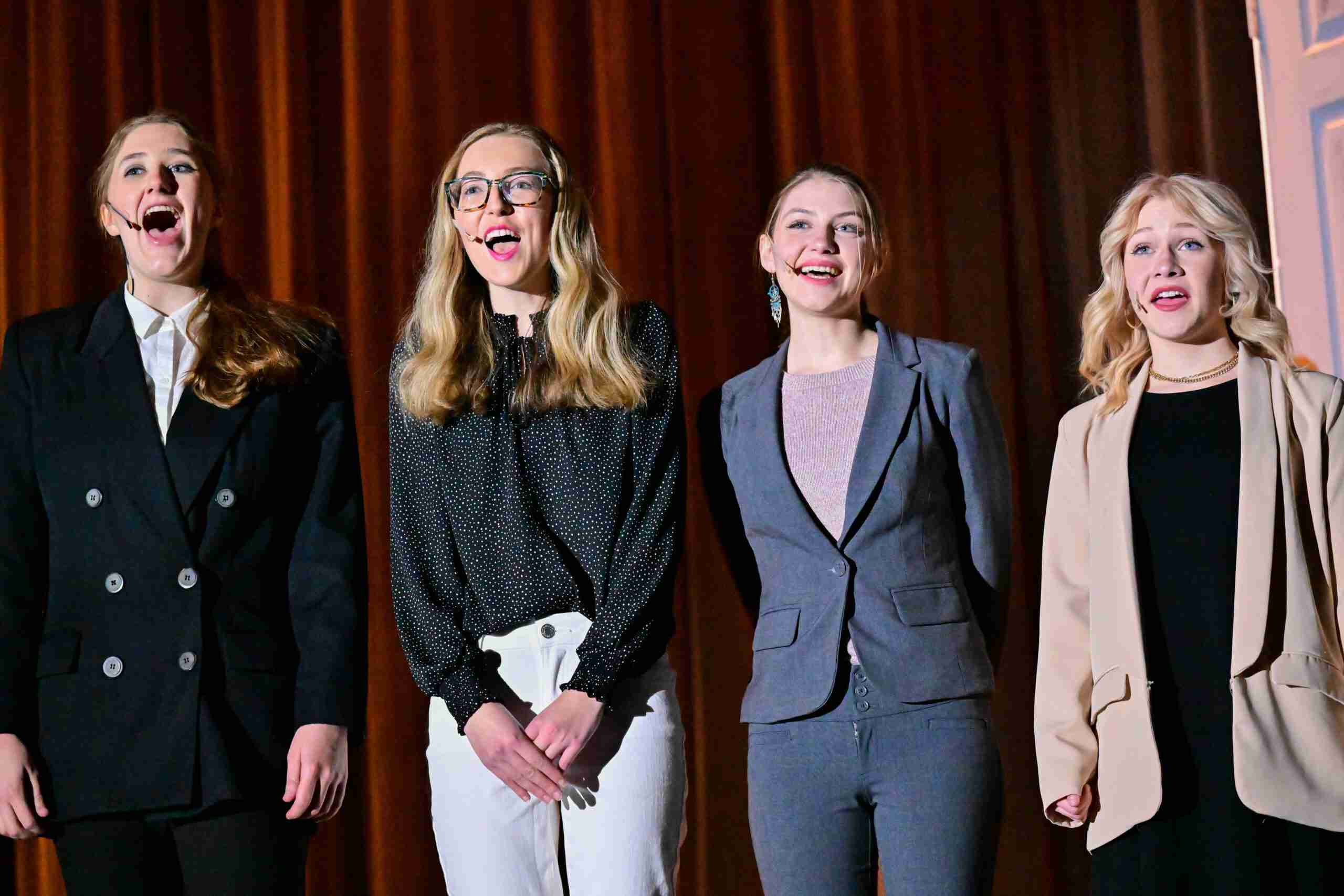 This musical is special to the Evergreen students due to the story being written by their very own Luke D. Rosen and Four County’s Matthew Zwyer.

The musical is a modern retelling of “1,001 Arabian nights” and takes place mostly in a coffee shop during open mic nights. It is also classic opposites attract story with a lot of twists and turns.

The music and script were just recently finished as well. Songs would get finished and go straight out for the students to begin rehearsing.

During the show, their rehearsing paid off with everyone knowing exactly where to go and what to say. The music was beautifully done by the orchestrate and the singing was fantastic as well.

Comedy was also a central part of the musical with punchlines that seemed to hit well with the audience.

Following this weekend, an original cast recording will be made at Stone Soup Studio in Maumee. This will help to ensure the students work will be available worldwide.

During intermission on the final day of the musical, cast members brought the writers and Assistant Director up to the stage where they were given gifts. 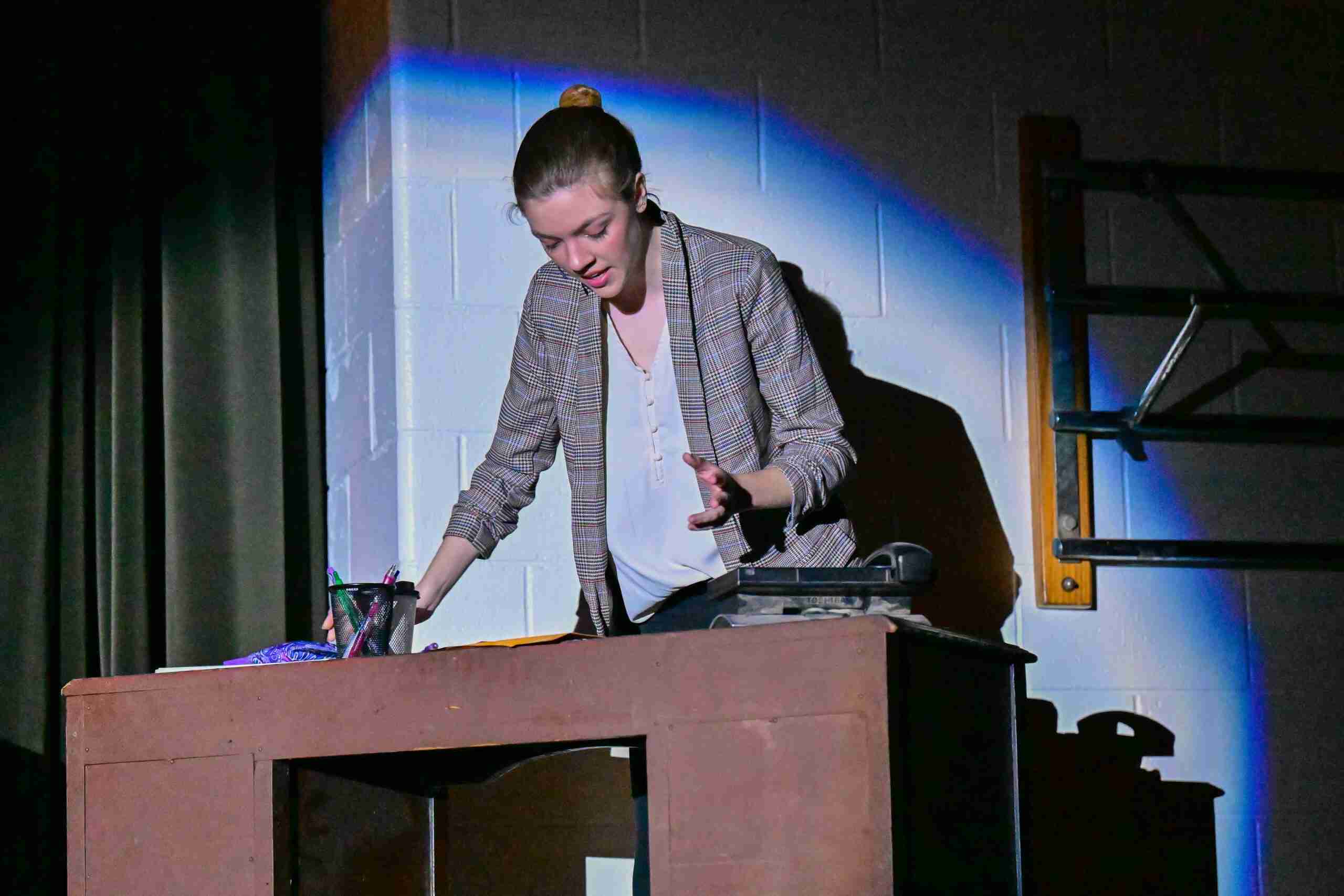 ASSISTANT… Stephanie (Emma Majewski) has a heated conversation with her personal assistant via intercom. 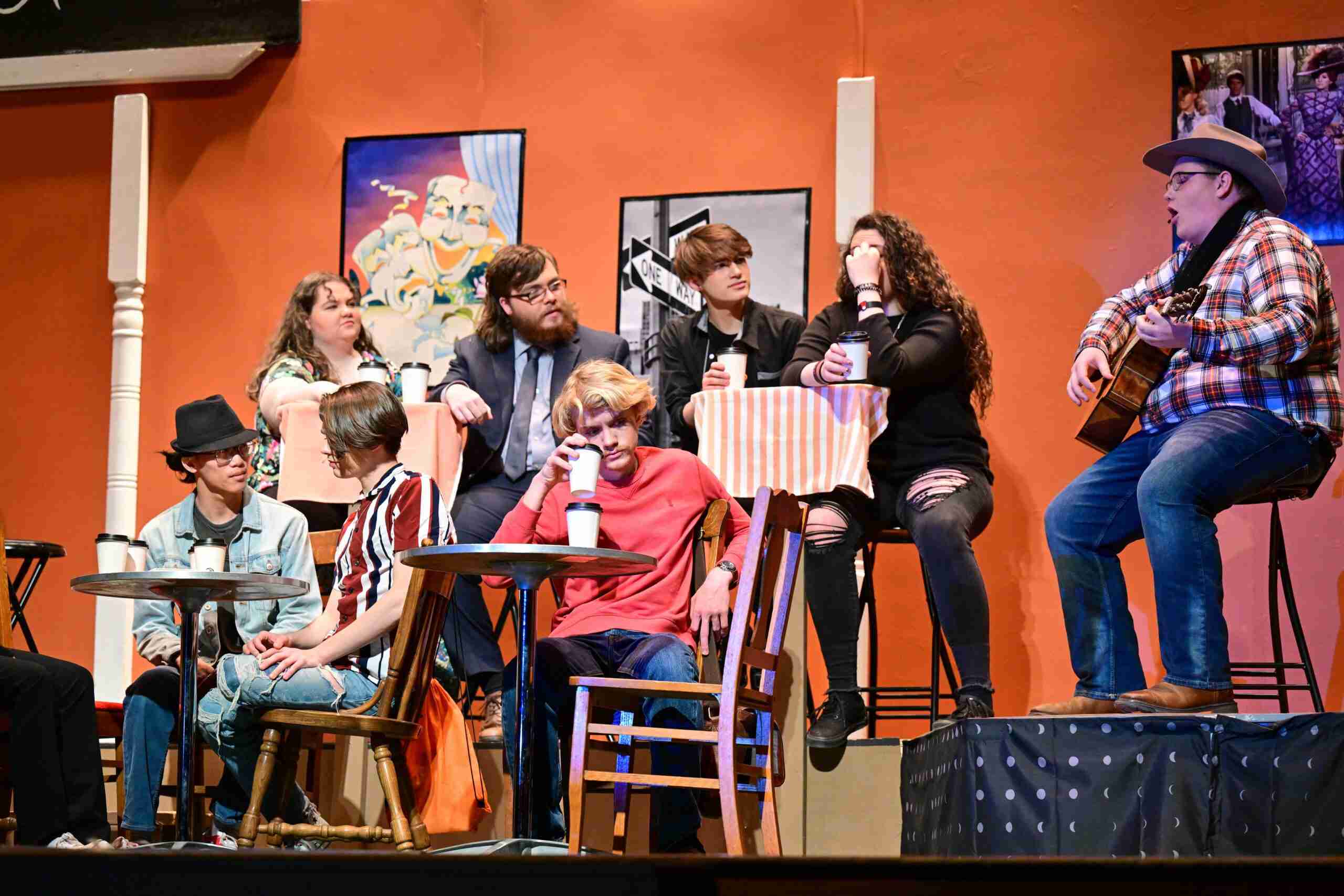 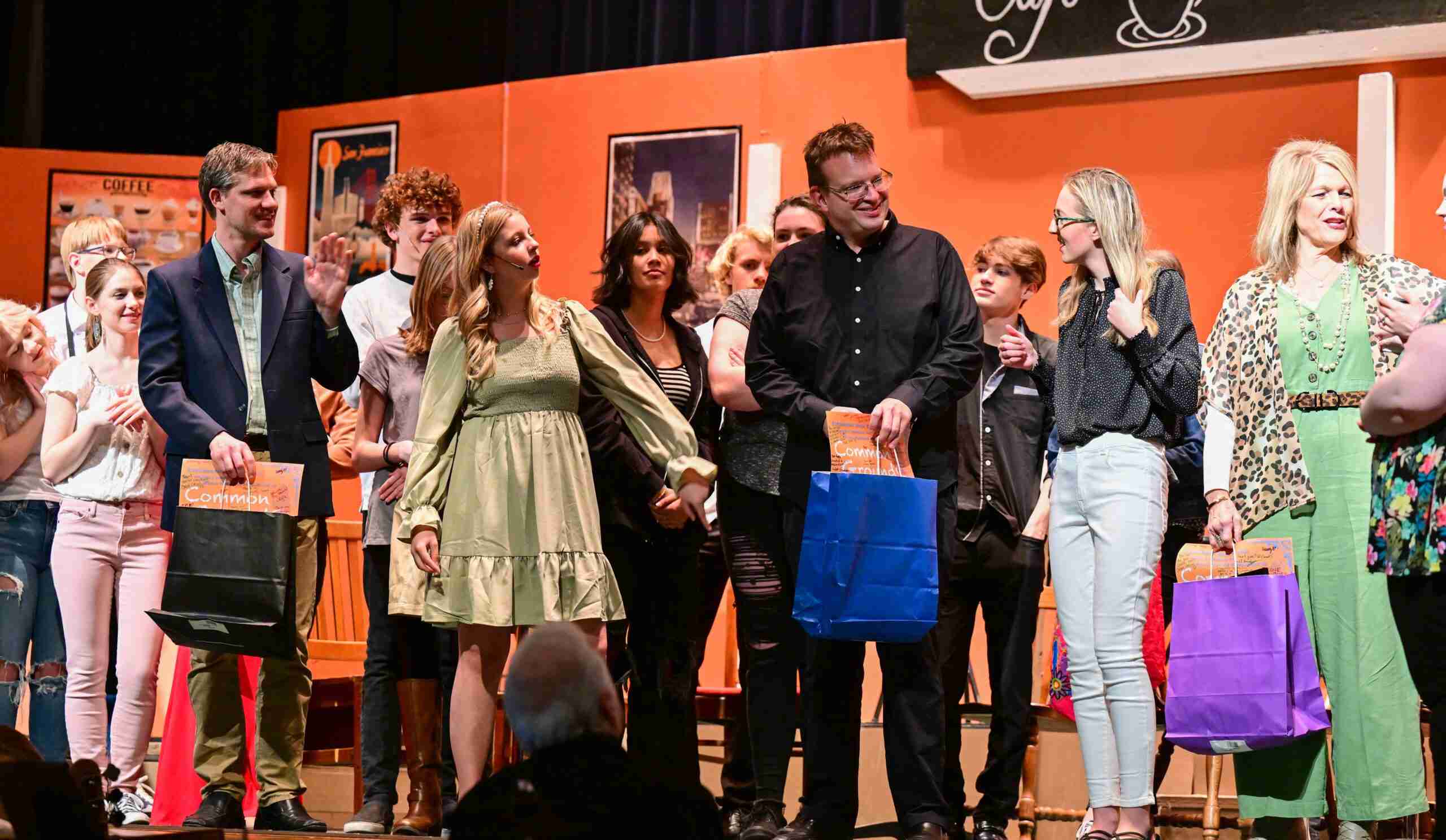 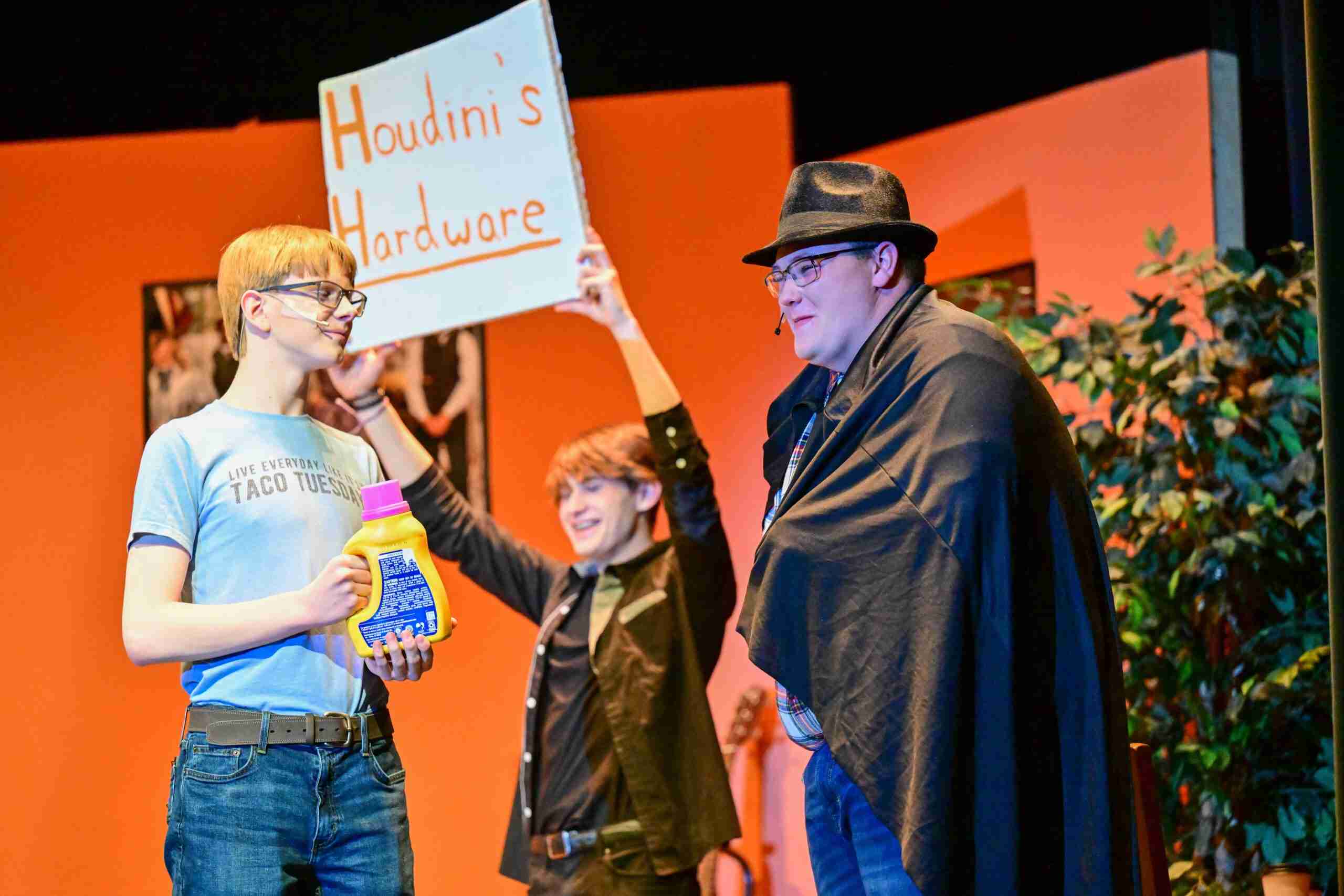 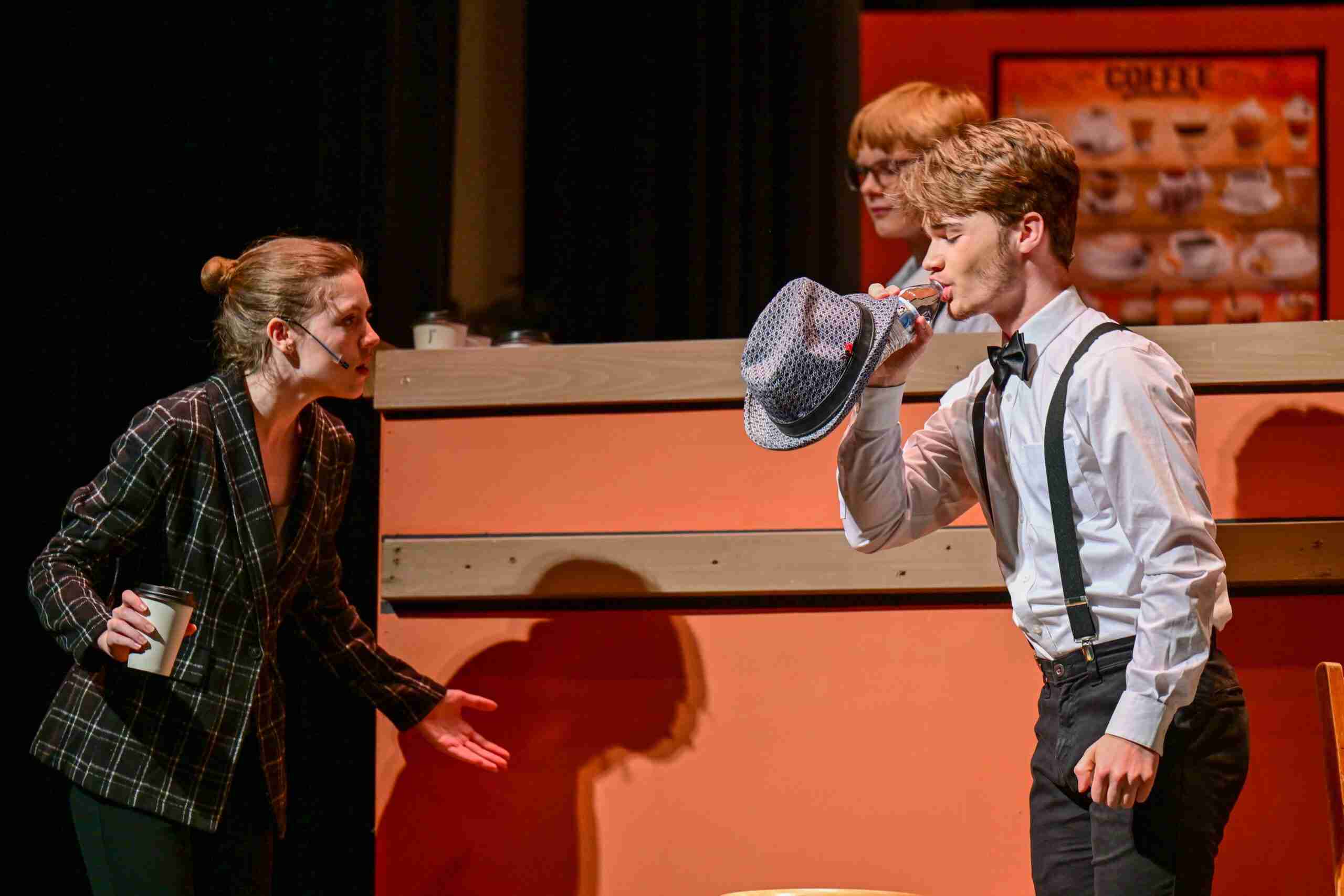 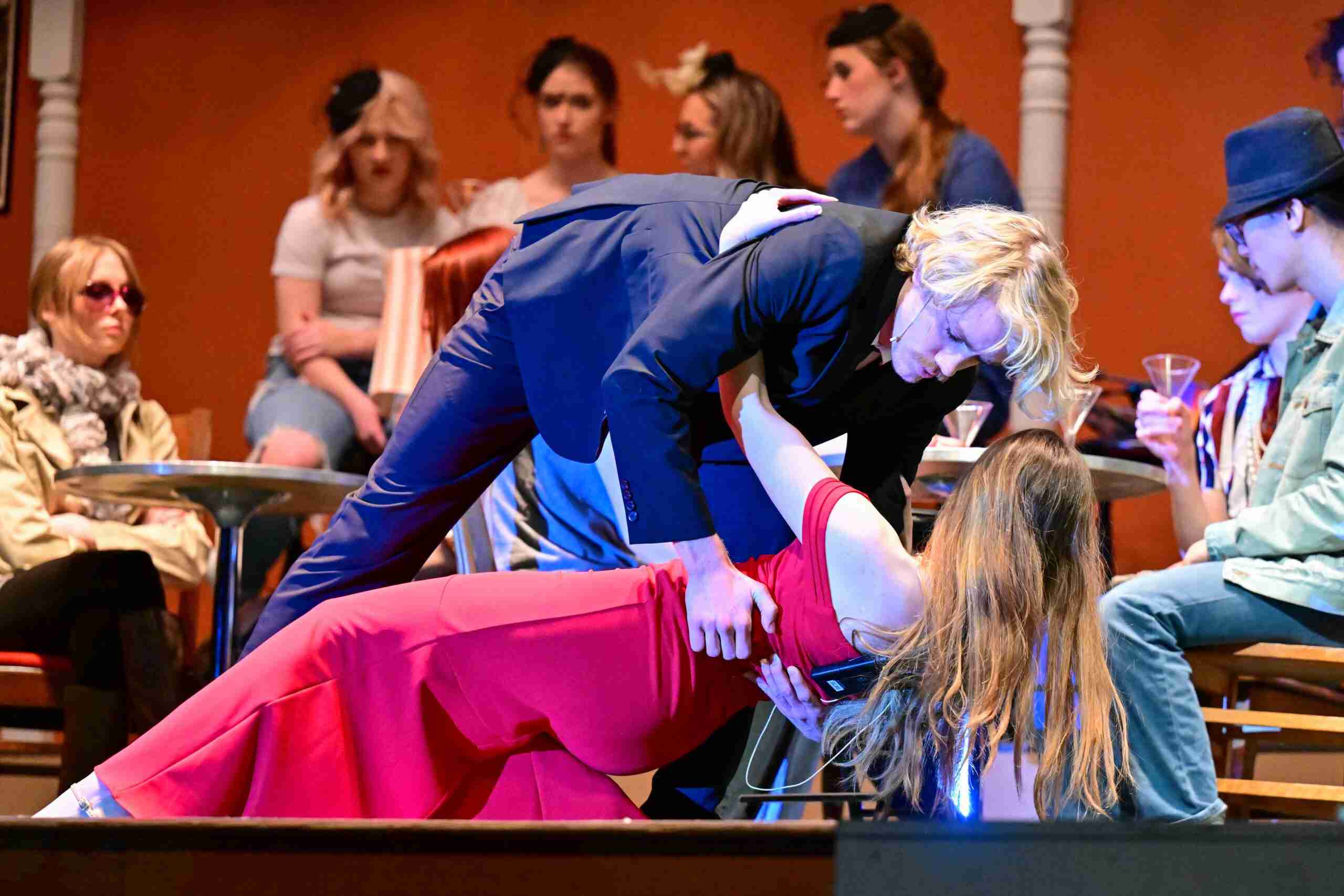