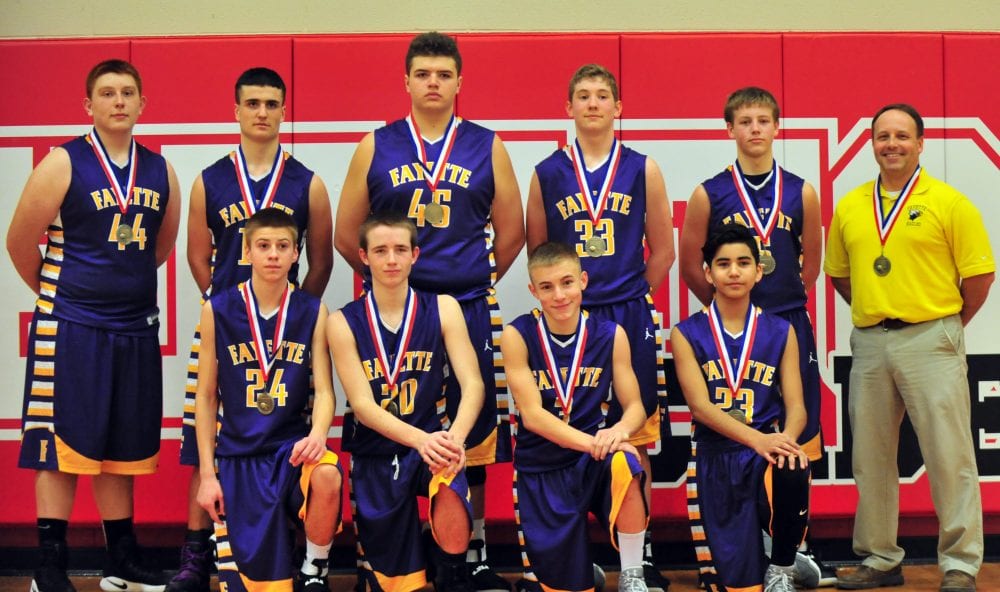 The Eagles flew out to a 9-4 first quarter lead, fueled by two trifectas by Tanner Lemley, then extended the margin to 19-11 at halftime.

The third quarter sealed the deal for Fayette as they out scored the host Cadets 8-2, extending the lead at one point to 16 points. The teams played nearly even in the fourth quarter, but by that time the fate of the Cadets had already been decided.

Lemley lead the way for the Eagles with 12 points, while Noah Brinegar and Jose Aguillar added 6 points each. Caden Colegrove and Jake Myers had 4 points apiece, with Noah Bingman closing out the scoring for Fayette with 2 points.

Dan Shilling paced the Cadets with 7 points, while Jay Garrett and Hayden Brown contributed 5 points each. Zach Horton added a bucket for Hilltop.