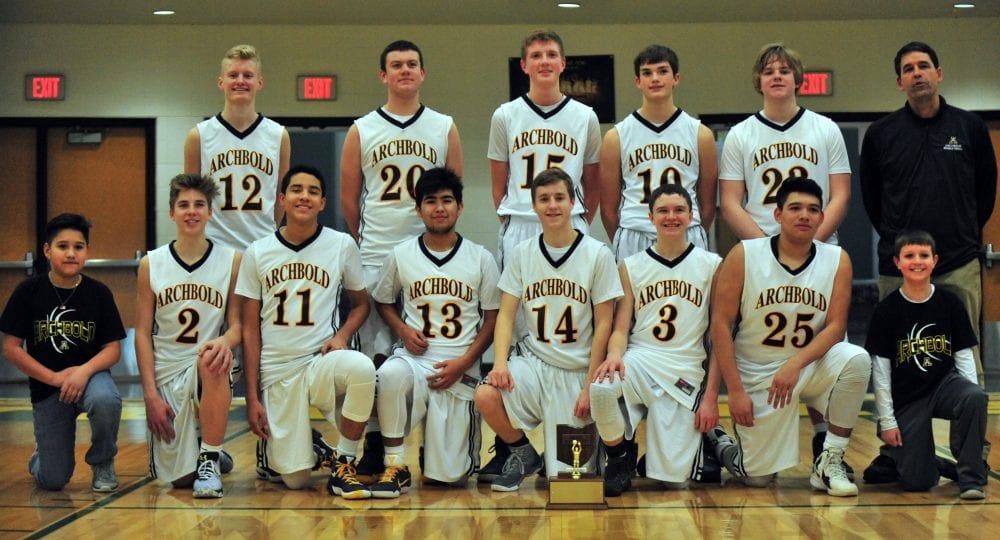 METAMORA – Fueled by a 20-0 run to begin the 2nd half, the Archbold Bluestreaks broke open a close game and cruised to a 42-28 victory over Bryan in the NWOAL 9th Grade Boys Championship held on February 16th at Evergreen High School.

The #1 seeded Bluestreaks actually trailed the 2nd seeded Golden Bears 10-9 after the first quarter. However, Archbold began to gain momentum in the 2nd period and built a 5 point advantage, 20-15 at halftime.

Whatever words of wisdom Archbold Coach Dave Walker provided to his squad at halftime, hopefully he recorded them for future use. The Bluestreaks came out of the locker room on fire scoring 18 unanswered points in the third quarter and pushed the margin to 25 points, 40-15. Bryan scored for the first time in the second half with 5 minutes remaining in the fourth quarter. From there Archbold cruised home to claim the championship trophy.