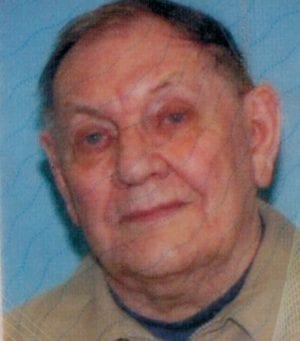 Robert Louis Holmes, age 86, of Swanton, passed away on Sunday, February 19, 2017 at Swanton Health Care where he was a resident. He was born in Toledo, on April 10, 1930 the only child of Oliver and Beatrice (Johnson) Holmes. He married Betty Smith in 1948 and she survives.

Bob was a carpenter and millwright for over 40 years, he was a handy man and could build or fix anything. He also enjoyed traveling, dining out and spending time with family and friends.

Honoring Robert’s wishes, memorial services will be private. Our family extends grateful thanks to the staff and volunteers at Swanton Health Care and Retirement Center. Barnes Funeral Chapel, 5825 St. Hwy. 109 in Delta has been entrusted with arrangements.

In lieu of flowers, memorial contributions may be made to Swanton Health Care and Retirement Center, 214 South Munson Road, Swanton, OH 43558 in Robert’s memory. Online condolences may be sent to the family through our website at www.barnesfuneralchapel.com