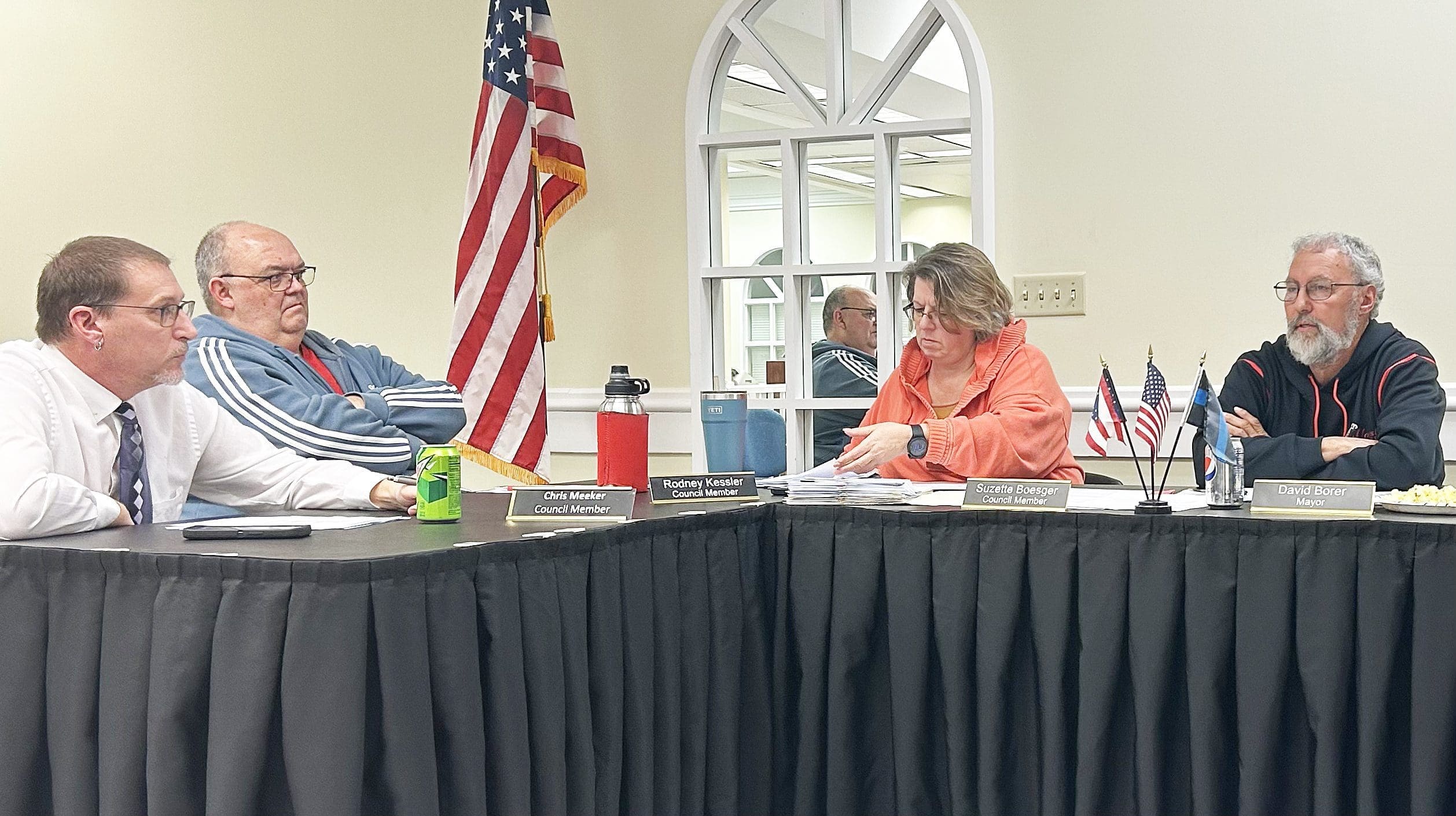 On January 11, 2023, Fayette Village Council met for its first meeting of the new year.

Following approval of the agenda with additions, the Council seat selection was held as well as the election of the Council President.

The results of the vote indicated a tie between Chris Meeker and Suzette Boesger.

After the second vote, Chris Meeker was named council president for 2023.

Mayor David Borer brought to council a request for a motion to allow Zach Lester to bid on a 2007 street sweeper currently listed by the Village of Archbold on the Gov.deals auction website.

According to Borer, similar pieces of equipment were getting anywhere between $25,000 to $30,000 on the website and the other listings were from municipalities in other states.

Borer noted that because the street sweeper is local, there would not be any additional freight fees if the Village of Fayette won the auction.

The mayor also noted that he felt the purchase was necessary because Archbold will no longer be coming to Fayette to sweep the streets on occasion since their new street sweeper is a slow-moving vehicle and it would take too long for them to travel to Fayette.

Furthermore, due to the village’s upcoming water line project, Mayor Borer felt access to a street sweeper will be needed.

The village Fiscal Officer Karin Sauerlender produced a budget summary for council to review.  “There isn’t a lot of extra money in any of those funds,” she noted.  “The income tax is down considerably.”.

After a significant amount of discussion both in favor of and against the purchase, council ultimately voted “no” on a motion to allow Lester to bid on the street sweeper.

As for public participation, Karen King, director of the Fayette Community Development Corporation was on hand to share information about the group’s upcoming events.

On Monday, January 16 at 6:30 pm the CDC will hold its organizational meeting.

Fulton County Commissioner Jon Rupp will speak about the senior center, solar project, and many other topics following the organizational meeting at 7:00 pm.  The community is welcome to attend.

On January 23, at 7:00 pm, the CDC will be partnering with the Fulton County Health Center and HC3 to present a Fayette Community Conversation “Take Control of Your Life…Learning and Sharing How Tobacco, Nicotine, and Vaping Affects Your Family’s Life.”

The presentation will be held at the Family Life Center, 306 E. Main Street, Fayette.

King also inquired about the status of park water lines for the splash pad and disc golf projects.  Mayor Borer advised that the topic will be on next month’s council agenda.

As for the mayor’s report, Borer shared the following upcoming events in the area:

Items accepted by council during the meeting included:

In her report, VFO Sauerlender advised council that Brian Gibson is interested in purchasing the old grocery store building and he would like to possibly turn it into a self-storage facility.

In order to do so, zoning would need to be changed by the current owners. Council said they would need to have some time to discuss the matter at a later date.

Council heard the first reading of Resolution 2023-01: A resolution expressing the intent of the council of the Village of Fayette, Ohio to conduct an internet auction for the sale of unneeded, obsolete or unfit personal property owned the village.

Following the suspension of the rules, the resolution was accepted.

This resolution is necessary to sell unused village equipment on the Gov.deals online auction website.
In legislative actions, after much discussion, council approved revisions to sick-time policy in the handbook effective January 23, 2023, requiring employees to produce a doctor’s note after 12 sick days used.

The next village council meeting will be held on January 24 at 6:00 pm.