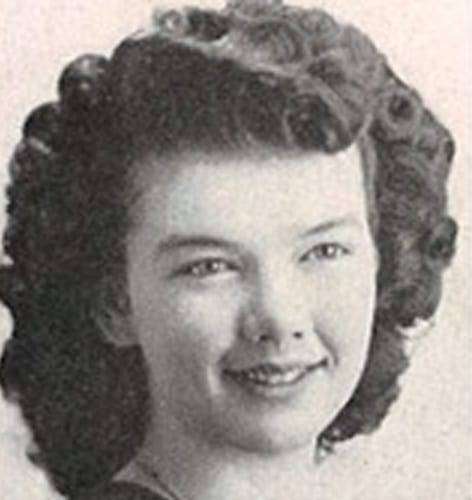 Mrs. Byroads began working in Bryan for Western Union and later worked for the City of Bryan, retiring with twenty-three years of service, of which twenty-one years were as a clerk with the Bryan Municipal Court.

She and her husband of seventy years, Arvon, have spent their entire married life as residents of Williams Center and were active members of Asbury United Methodist Church in Williams Center. She enjoyed antiquing and collecting glassware, especially cut glass and Jefferson glassware.

Surviving in addition to her husband are one son, Sam (Kay) Byroads, of Bryan, Ohio; two daughters, Novra Miller, of Bryan, and Cassandra “Candi” (Eric) Harter, of Montpelier, Ohio; eight grandchildren; and seven great-grandchildren. She was preceded in death by a brother, Alfred “Melvin” Waugh; three sisters, Violet Oler, Opal Clark and Vera Ralston; and a son-in-law, Rex Miller.

The family will receive visitors on Saturday, October 26, 2019, from 4:00-7:00 P.M. in the Krill Funeral Home, 860 West Mulberry Street, Bryan. A memorial service and interment in Williams Center Cemetery will be held at a later date.

Memorials are requested to Asbury United Methodist Church, American Red Cross, or to a charity of the donor’s choice.