Field 42 Near Pioneer Opens For Another Baseball Season 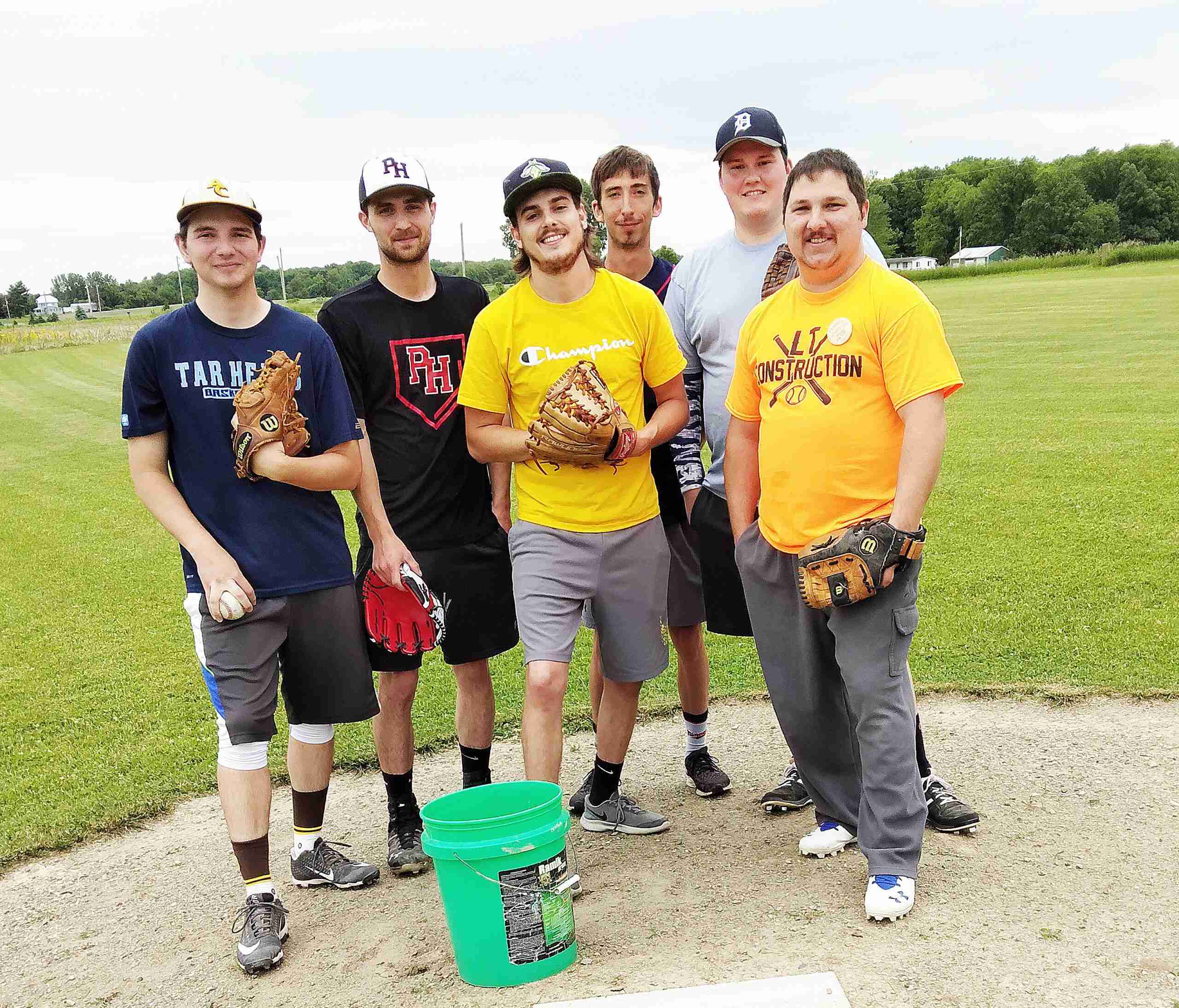 They’re back. Field 42 baseball field, held in the backyard of the Durham Family of rural Pioneer, held its opening day over the weekend, on June 4 and 5.

Field 42 debuted in the summer of 2009, when Spencer Durham was going to be a freshman at Montpelier High School.

Thirteen years later, summer games on the weekends at Field 42 are still going strong, with a now two-year old twist.

On August 27, Field 42 will be holding an official baseball game. This tradition started in 2020, so this year’s official game will be the third one.

“We have practice games on the weekends, beginning with the first weekend in June,” Spencer Durham said. “We usually play two games and we make do with the number of players we have, whether it’s three on three, four on four, five on five, or nine on nine.”

“We may have guys who show up once or twice each summer, but we always have enough players for our official game. Last year, we had 24 players and more than 30 people came out to watch us. Every game, whether pickup or an official game, are either 6 or 7 innings.”

Those who play are either friends of Durham’s and teammates from high school or college. There are also some who get in contact with Durham through Facebook.

Durham, who was a shortstop and pitcher at Montpelier, where he graduated in 2013 and he also pitched at Adrian College. Thus, Durham usually serves as one of the pitchers at each game and practice game. Durham throws a fastball, curve, and changeup.

Field 42 was first officially built in 2009, as a dream fulfilled by both Spencer and his dad Kenny. The name of the field, 42, came about because Spencer wore the number at Montpelier, his favorite player Mariano Rivera wore the number and it was also the number that Jackie Robinson wore.

The field is on the north side and the west side of the road. “It takes up two acres of our farm field,” Durham said.

There are two purple martin houses that serve as the foul poles on each side of the field. 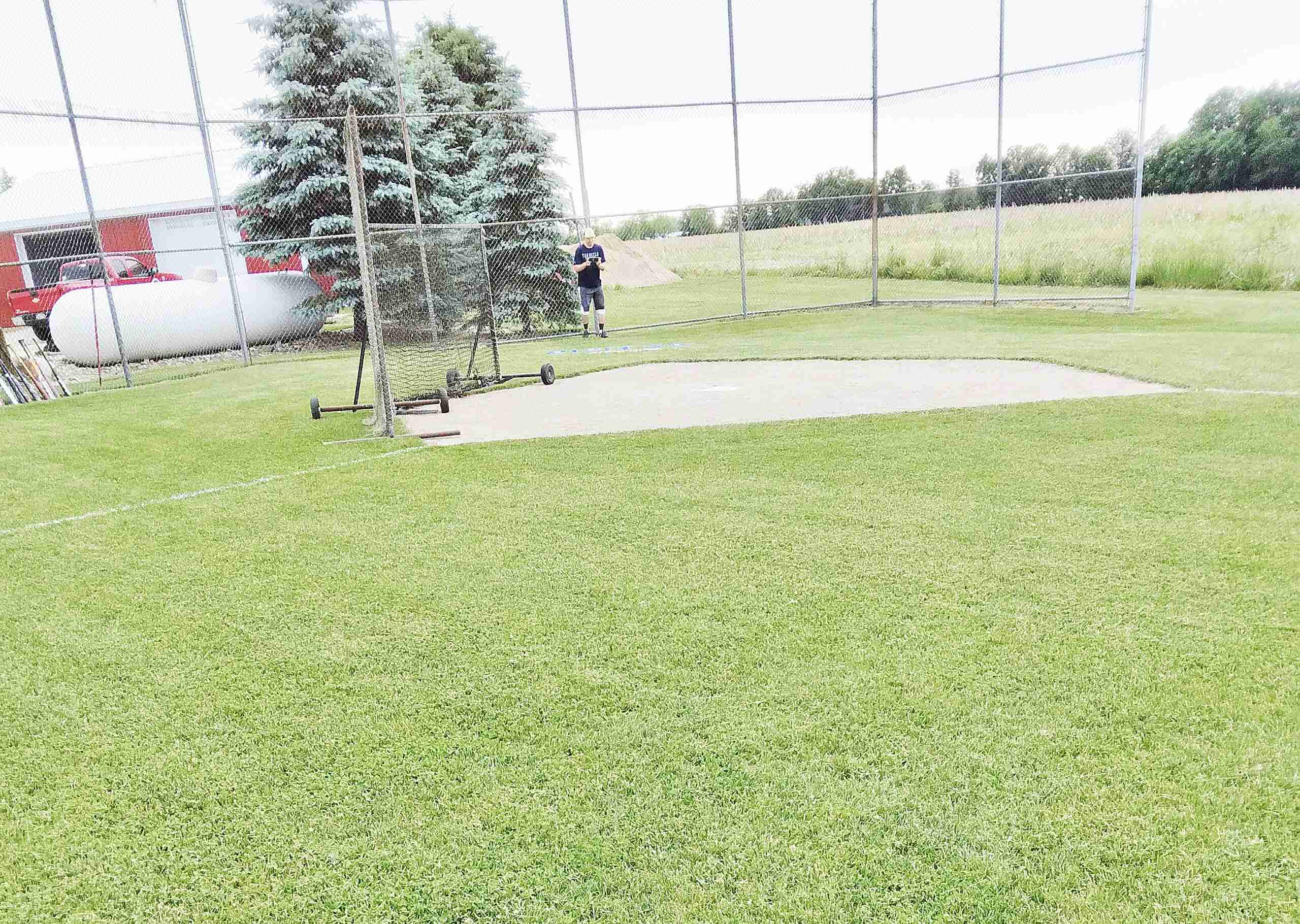 FIELD 42 … Pictured is the backstop, which located behind home plate.

“The left side one is not quite centered with the foul line, but the one on the right, is,” Durham said. “Interestingly, I was away at college and told my dad to wait until I got home and I would line it up.”

“But when I got home, my dad had already put it up. He just eyeballed it and after we measured it, the birdhouse was exactly in the right spot.”

There is a huge backstop behind home plate and it comes from discarded parts. There are also some nets, which were made by Durham’s uncle, Rodney Gilbert.

Each base is an official base and the placement of dirt around each base, the baselines from home plate to first base and to third base certainly looks official.

Durham lives 2 1/2 hours away from the field in Indiana but is back home every weekend during the spring and summer, making sure that Field 42 is in tip top shape.

While Kenny is no longer around, having passed away two years ago, his signature can be found just to the right of the field and the first baseline.

Durham said that he went to a screen printer in Adrian and had a plastic vinyl stencil he used, to get the signature in place.