Firefighters Save Hundreds Of Pigs During Barn Fire Near Wauseon 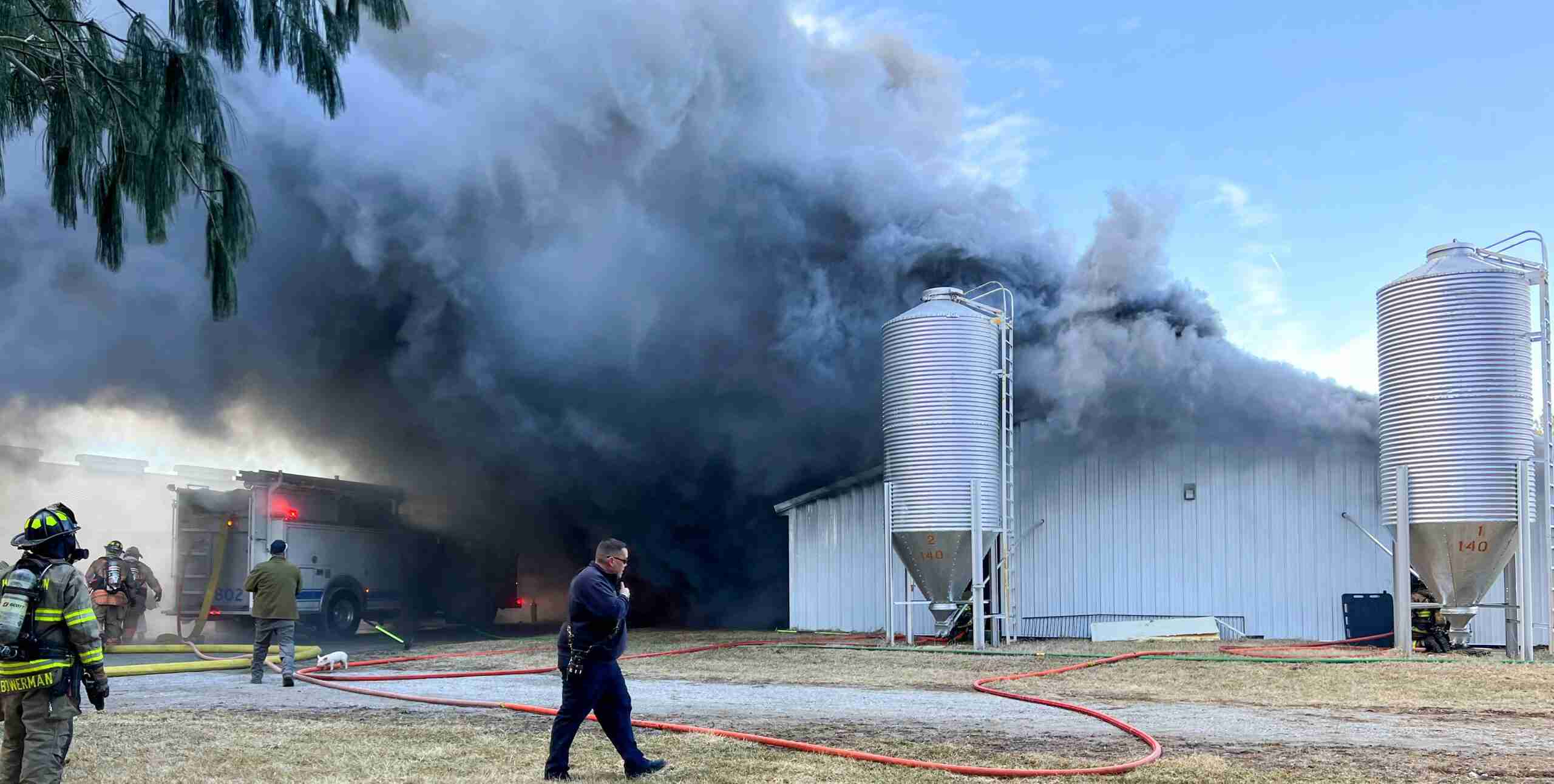 BARN FIRE … Part of a large pig barn caught fire on Wednesday with firefighters working to save most of the pigs that were inside. (PHOTO PROVIDED)

Firefighters in Fulton County battled a large fire in on Thursday. The call for help came in around 11:20 a.m. with multiple fire departments being called.

The building, located at County Road 16 and N, North of Wauseon, was a large pig barn. The building was housing animals at the time of the fire.

Upon arrival, firefighters began to fight the fire which was growing larger by the minute. With animals still inside the building, employees, firefighters, police officers and numerous other concerned citizens began to remove the pigs from the building and transfer them to a safe place.

Firefighters first used a portable water tank to place the pigs in, before help arrived from local residents who brought trailers in order for them to stay warm.

Hundreds of pigs were brought out of the building to safety by firefighters who continued to battle smoke and fire to make sure they could save as many animals as they could.

Other individuals who also came out to help were Mark Banister, Evan Banister, Aaron Bernath, Nick Stambaugh, Andrew Harris, Alex Zink, Gonzalo Hernandez and Megan Rich to name a few. This list is nowhere near complete with numerous names needing to be added.

The amount of people who showed up to help and care for animals who needed it shows the dedication, sympathy and caring most people have for their fellow man.

The ability for people to drop everything and do anything they can to help someone else is a testament to the communities we have in our area, and the people who call it home. 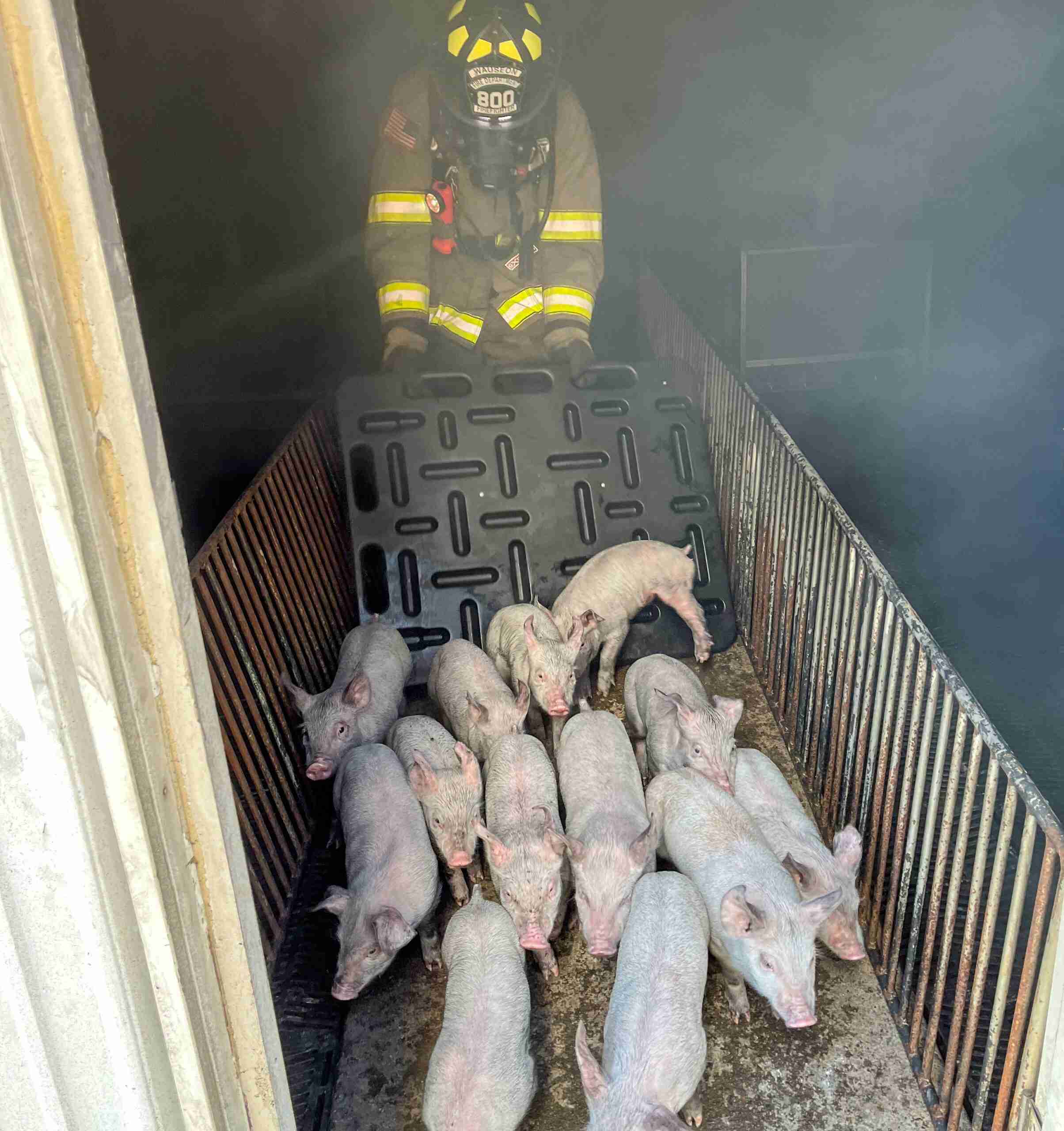 RESCUE… A Wauseon firefighter works to bring several pigs to safety outside of the burning pig barn. (PHOTO COURTESY OF BRIAN BANISTER, STAFF)