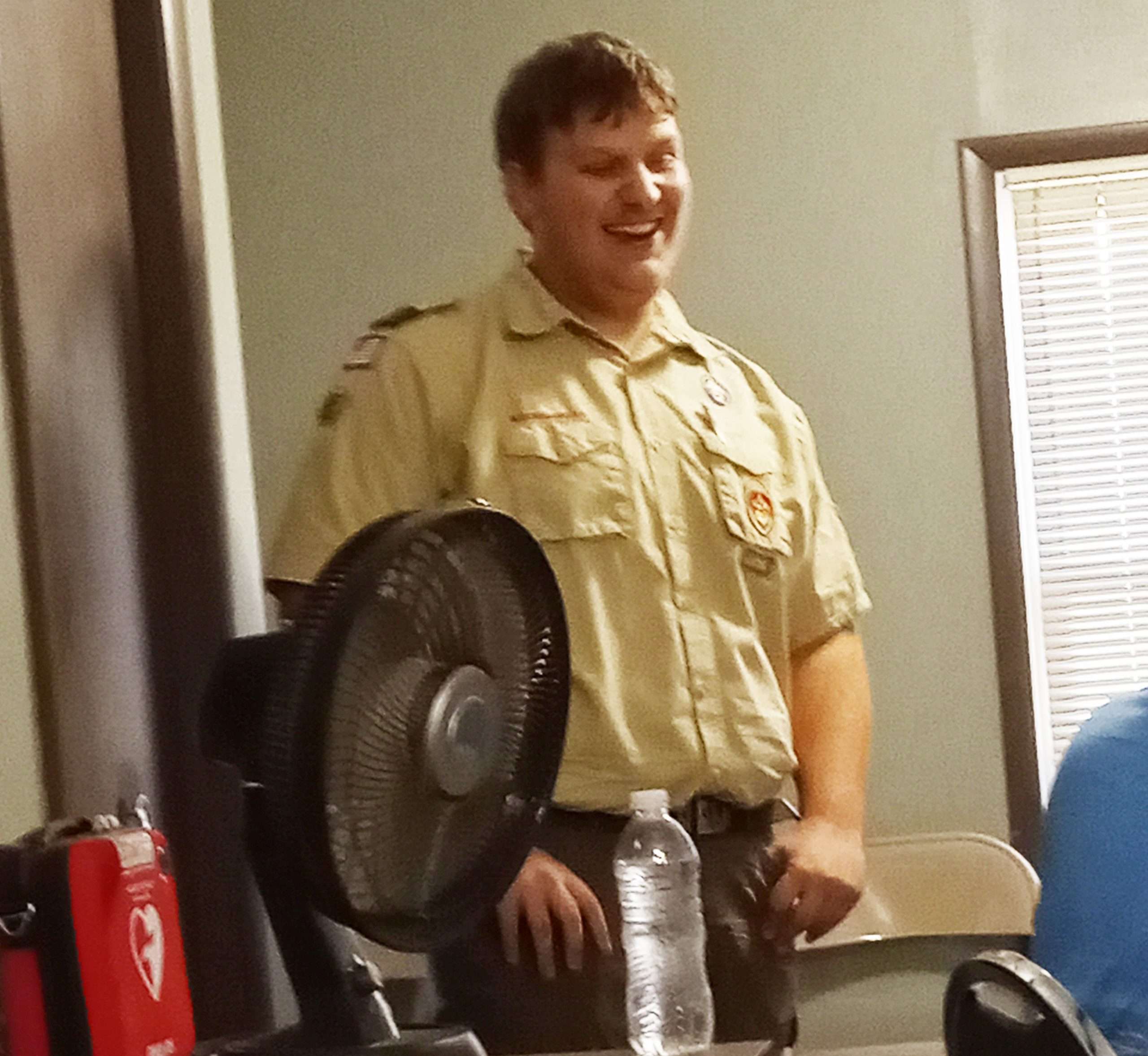 PROJECT APPROVED … Ethan Adams (pictured) had his Eagle Scout project approved by the Montpelier Parks and Recreation Board.  (PHOTO BY DANIEL COOLEY, STAFF)

That was followed by the members approving of $1,500 in funding for Ethan Adams’ Eagle Scout project.

The members then approved of a request for up to $5,000 in funds for electrical components at Founders Park. No actual prices have been given yet, though the components are slated to arrive in October.

Next, the members approved of a purchase of a 13 feet by 20 feet portable canopy, which will include three side walls and sandbags, for $2,455. The canopy will be used on the Founders Park stage, until a permanent structure can be put up.

That was followed by the members approving of a deposit of $6,400 for a Mobile Escape room, Wacky Train Inflatable, Trackless Train and Break the Safe, for the July 14 and 15, 2023 Bean Days. The remaining money for the rest of the Bean Days events will be discussed at a later date.

Gordon stated that the Bean Days committee will pay for the following at Founders Park: a tent, insurance, music, advertising, Three of a Kind Entertainment, a deejay on Friday night, Just Add Kidz on Saturday morning and afternoon, a beer tent, bean prizes, Ohio Wheelmen in the parade, face painting Friday and Saturday and balloon art on Friday.

The library plans to pay for the Ohio Wheelmen display at the library and is also working to get the Oscar Mayer Weinermobile for Satuday. The library is also looking into getting the wooden tokens for the Break the Safe game.

Next the members approved a request to solicit funds for $3,000 from the Montpelier Area Foundation for activities in Founders Park.

The board then approved of $600 in funds to go to the Village of Montpelier. The members then voted to adjourn the meeting.