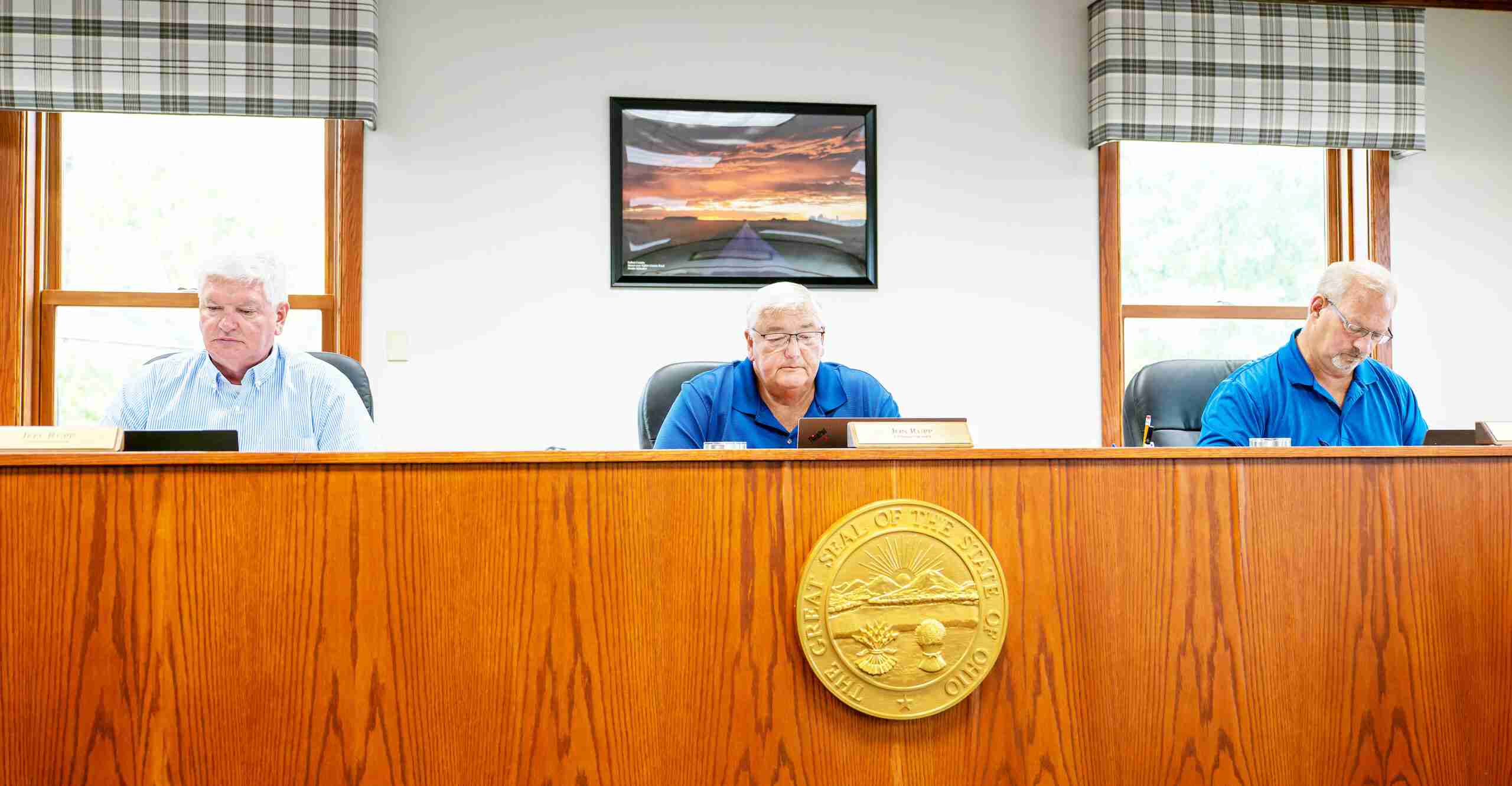 The Fulton County Commissioners held their first meeting of the week on Tuesday, August 2nd. The meeting began at 9:00 a.m. with the Pledge of Allegiance and a prayer.

Commissioners first moved to approve the minutes from the July 28th meeting. The current agenda as presented, and payment of the bills were approved next before moving to review the following items.

Correspondence from the Ohio Department of Development, the month end financial report for July 2022, and correspondence from Rescom Environmental Corp pertaining to a telecommunications project. The following agenda items were then approved.

-Resolution 2022-521 for the increase and transfer of appropriations for various departments.

-Resolution 2022-522 to award a bid for the Water Booster Station Pump Upgrade Project.

-Resolution 2022-523 to accept the resignation of a JFS employee.

-Resolution 2022-524 to declare it necessary to transfer funds.

Commissioners then heard from the Director of Economic Development Matt Gilroy and Airport Board Member Harold Stickley regarding an airport discussion.

There are 24 T-Hangers at the airport and all but one is currently full. T-Hangers 1-12 have sliding doors which have been having issues due to the concrete rising and falling.

The issue has been addressed but one hanger specifically has not been used due to the door not being able to be opened.

Ideas have been looked at for mitigating the issues including bi-folding doors at $26,000 a door and roll up doors at $20,000 per door.

The question was raised regarding the borrowing of money from the Commissioners to fix the six doors on the T-Hangers.

Commissioner Jon Rupp asked how much money the airport would have to go towards the plan. Mr. Stickley stated that that they do not have the kind of money needed for this.

Commissioner Rupp asked if the money would be paid back with rent money to which Mr. Stickley stated that using those funds could be done.

Commissioner Rupp then continued and stated that he was having a hard time using tax payer money to spend $100,000 at the airport when there are no commercial people out there.

Commissioner Joe Short then asked if the airport would continue to look for lower cost alternatives and that he is all for the airport, but he cannot support $120,000 for six doors. Conversation then shifted to the water issue which is causing some of the concrete issues.

It was stated that the water issue, in regard to fixing the eave spouts and putting in tile, should be completed before more work is done with the concrete in order to prevent issues from happening further.

Commissioner Rupp recapped the conversation stating that the three things need to be taken care of. First is the putting of flashing above the lights to run the water to the eaves and the fixing of some of the joints due to leaking.

The other two issues are the need of tile for the eaves to drain and work on the footer for hanger three. It was also stated that FAA dollars are unavailable for these projects. With no other items to discuss, the meeting was adjourned at 10:02 a.m.

Two bids were received with one being from Griffin Pavement for $103,873.24 and the other being from Duramark for $169,145.61. The bids will be sent to the County Engineer for review.
Commissioners then moved to approve the minutes for the previous meeting held on August 2nd.

The current agenda was approved next along with a review of the Final Determination Letter from the Department of Taxation. The following agenda items were then approved.

-Resolution 2022-528 for the increase and transfer of appropriations for various departments.

With no further business to attend to, Commissioners moved to adjourn the meeting at 9:05 a.m.