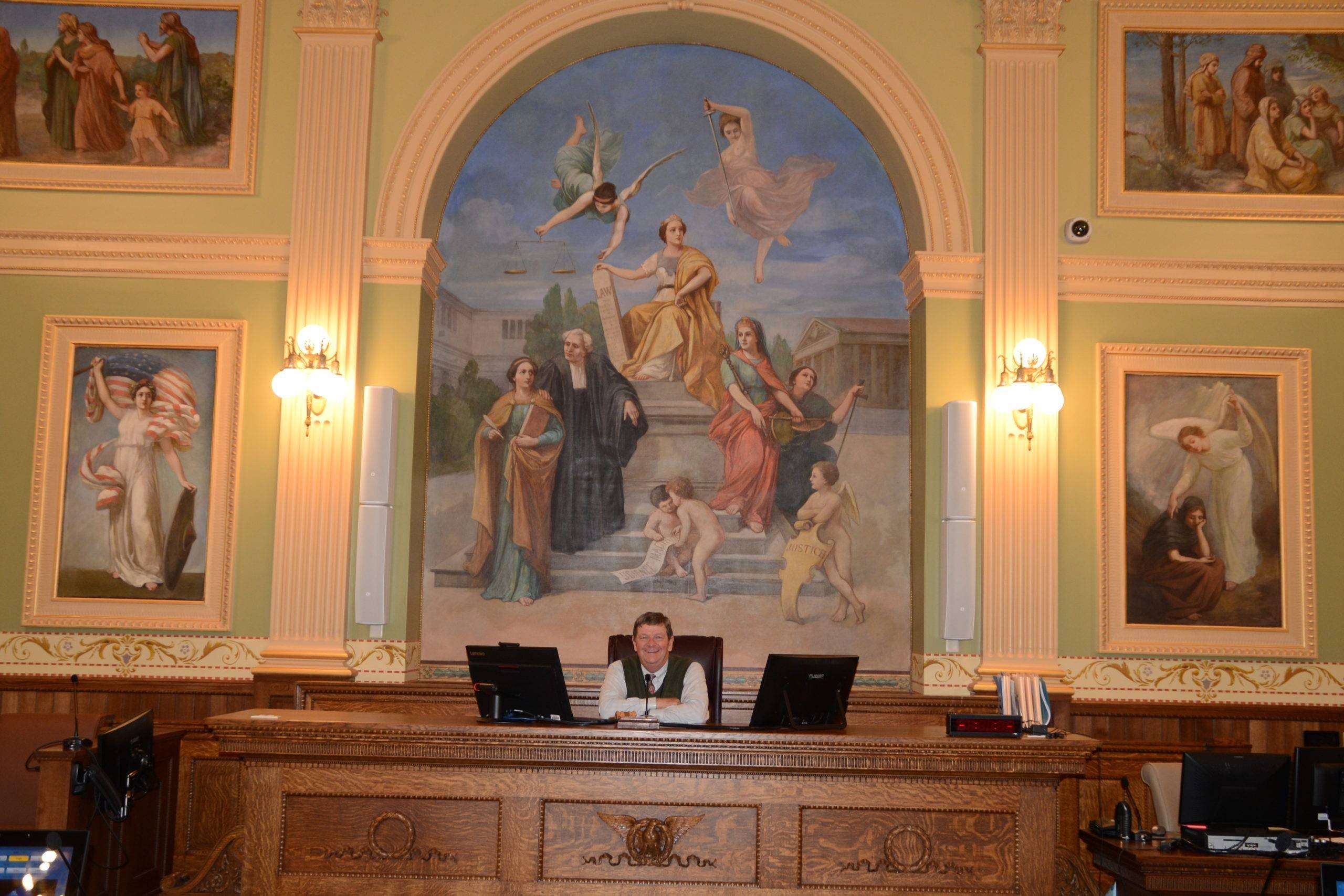 On February 28 of 1850, the Ohio State Legislature ratified a measure that took sections of Williams, Henry and Lucas Counties, and created a new county called Fulton. On or about May 2 of that year, a location for a county seat was selected at the center of the new county, and there sprang up the appropriately named community called, Centre.

At the suggestion of Colonel Dresden W.H. Howard, the community was rechristened after the brother of Odawa (Ottawa) Chief Wauseon, Ottokee. The first Fulton County Courthouse, a 40 foot by 80 foot, two-story frame building was erected there in 1851. That building was destroyed by fire, and a new, brick building was erected by Hiram Pritchard in 1865.

The new building was not as commodious as its predecessor, and the location of Ottokee made for plenty of grumbling from Delta and Wauseon that their villages should be the county seat. With the arrival of the railroad in Wauseon though, the argument became a moot point. The county seat was relocated to Wauseon, and for the sum of $45,722.27 ($962,262.65 today) the construction team of Voss and Bensman erected a new Italianate-style wood and brick courthouse at the southwest corner of the intersection of West Chestnut Street and South Shoop Avenue.

Being nearly a century and a half old, the ravages of time took their toll on the grand old structure. The murals inside the stately courtroom had darkened, and the varnish of locally sourced tiger oak bench where judges passed down rulings for nearly 150 years had turned black. The building was in need of significant renovations, restorations and upgrades, both inside and out. In 2018, Mosser Construction and the John Canning Company began the process of restoring the classic Gilded Age building to its magnificence from the days of the presidency of Ulysses S. Grant.

The project, which was budgeted at over $4 million, included a replacement of the heating and cooling systems, the addition of security and technology features, a new elevator that is compliant with the Americans with Disabilities Act, updates to offices, plumbing and the jury room, and a historic restoration of the Common Pleas Courtroom. Included in the historical renovations of the courtroom is the original elevated theater style seating, utilizing some of the original yellow oak folding chairs.

In February of 2005, Wauseon native Jeffrey Robinson was appointed by then Governor Robert Taft to the post of Western District Court Judge. He was forcibly relocated to the chambers of the Fulton County Commissioners to preside over court proceedings during the renovation process, but since the Court of Common Pleas has returned to its original home, his smile has not waned.

A local history buff, Judge Robinson loves to talk about the courthouse, its history, and the history of the resilient people of Fulton County that saw the courthouse designed and built utilizing hand tools nearly a century and a half ago.

Pictures simply do not do the building justice. The restoration work must be seen to be fully appreciated. 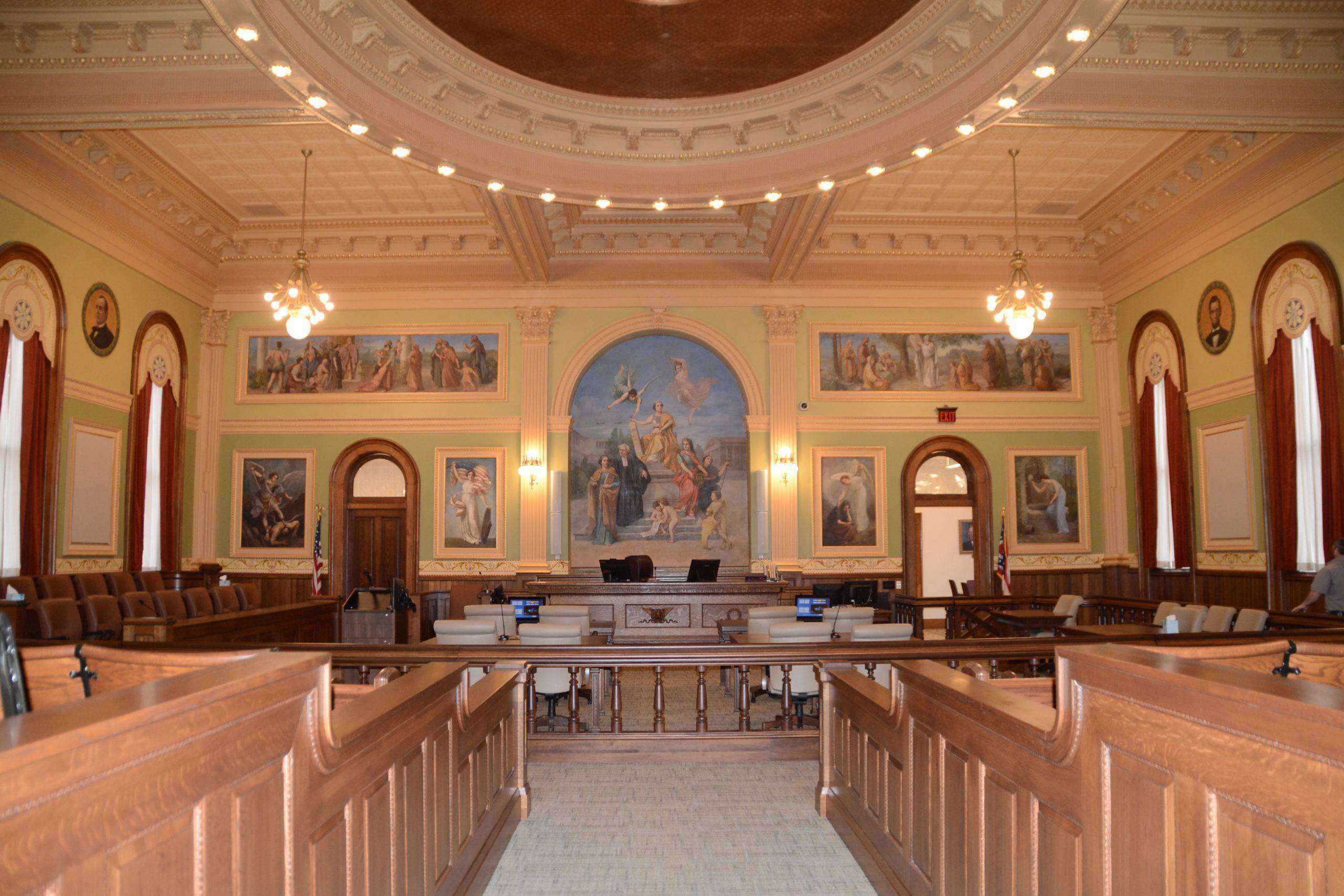