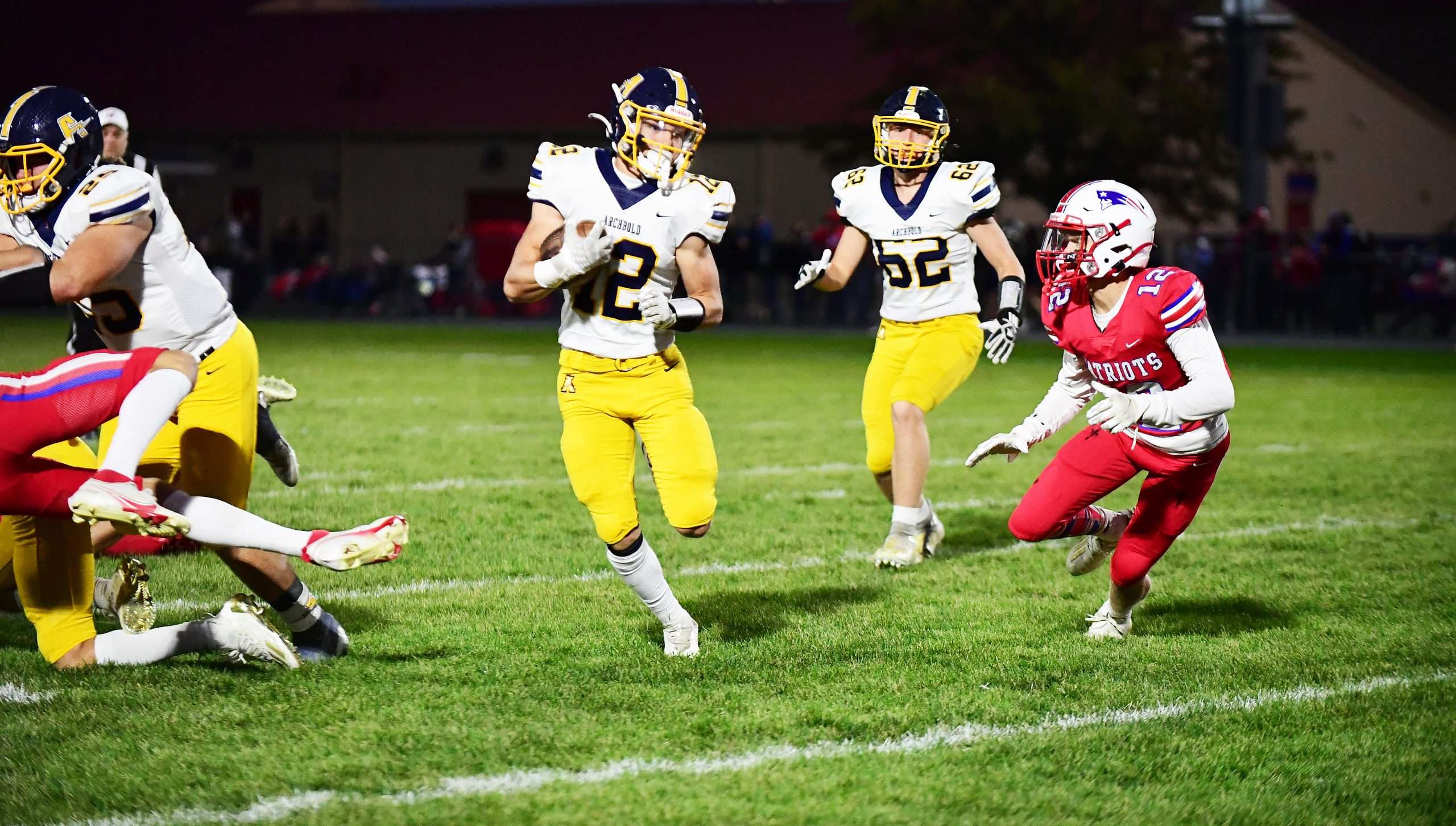 NWOAL FINALE … Archbold receiver Chase Miller runs by the ball on an end around in the first quarter. (PHOTOS BY LINDSAY PHILLIPS, STAFF)

HAMLER – The Patriots had two receivers go over 100 yards and they overcame having two touchdowns called back because of penalties in the fourth quarter to knock off the Bluestreaks 20-14.

Patrick Henry scored on their opening drive of the game after stopping Archbold on downs, marching 64 yards in 10 plays ending with a three-yard touchdown run by Nash Meyer on a quarterback keeper for a 6-0 lead after the extra point was missed.

BBC BOYS BASKETBALL: Pettisville Storms Back In Second Half For 38-36 Win At Stryker