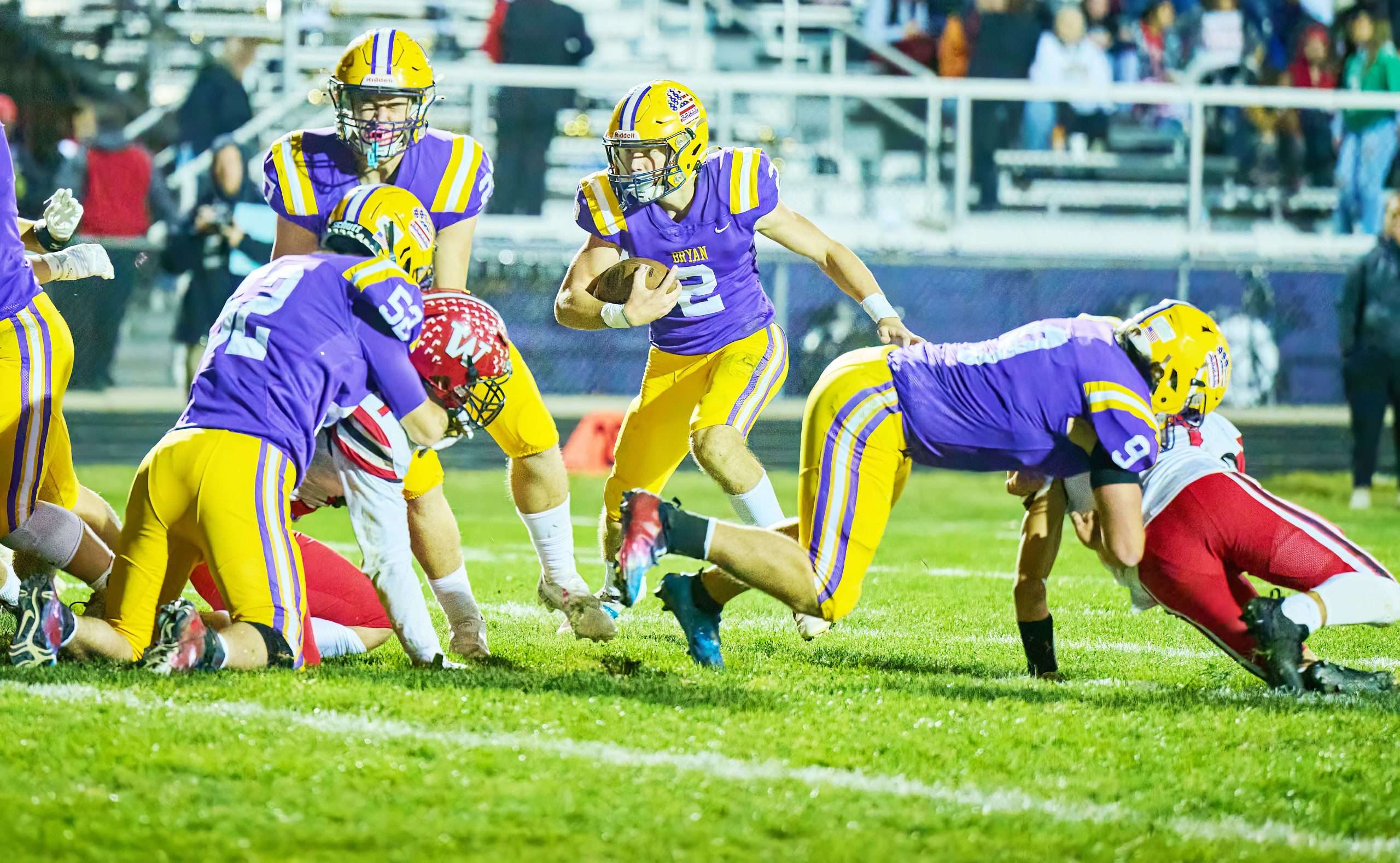 OFFENSIVE CATALYST … Bryan quarterback Jase Kepler looks to find a running lane on a second half carry. Kepler ran for 132 yards while passing for 131 yards and accounted for two touchdowns. (PHOTO BY RICH HARDING, STAFF)

BRYAN - Bryan will be playing at least one more week. Though it isn’t yet known who Bryan will play in the Division IV Region 14 playoffs next week, according to joeeitel.com, the Golden Bears have clinched a playoff spot with a hard fought 21-7 win over Wauseon.

Bryan (6-4, 4-3 NWOAL) picked up the win behind the arm and legs of quarterback Jase Kepler.