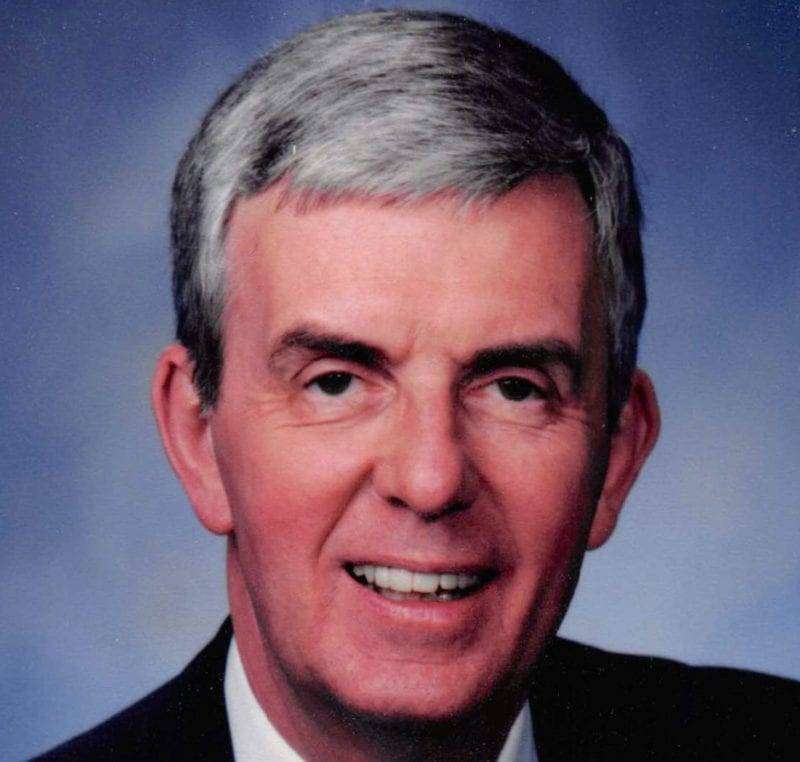 George Beach Rings, of Montpelier, Ohio, passed away on Monday, May 28, 2018, at the Community Hospitals and Wellness Center after a hard fought battle with MS. He was the son of George E. and C. Lenore (Beach) Rings of West Unity, Ohio.  George was born on February 3, 1938 in Findlay, Ohio.  He graduated from Findlay HS in 1956 and married his high school sweetheart Betty Jane Kownatzky.

George attended The Ohio State University, graduating with a B.S. in Pharmacy. Upon moving to Williams County, he became the owner of Rings Pharmacy in 1967. He worked and grew the business with kindness and care until his retirement in 2008. George enjoyed playing tennis, fishing and traveling.  He also had his pilot’s license and enjoyed taking his family on flying trips. He was a member of St John’s Lutheran church in Montpelier, a past advisor with Farmers & Merchants State Bank and a long-time member of the Montpelier Library Board.

George is survived by his beloved wife of 62 years Betty; and three sons, George B (Becky) Rings of Las Vegas, Nevada, Steve (Laura) Rings of Montpelier, Ohio and David (Laura) Rings of Dublin, Ohio, seven grandchildren, Megan (Joe) Dryden, Paige (David) Cook, Hillary, Mitchell and Samuel Rings, Rebecca and Emily Rings; three great grandchildren, Hudson Dryden, Cooper and Liv Cook. George is also survived by his sister Frances A. McCarty of Albuquerque New Mexico and many nieces, nephews and cousins; as well as many cherished friends. We would like to thank the caring women from Visiting Angels for their kind support over the last few years.

Visitation for George will be on Friday, June 1st from 4-8pm at St. John’s Lutheran Church in Montpelier.  A memorial service will be held at the church Saturday at 11am with Pastor Paul Gruetter to officiate.  Private interment will be held at a later time at Riverside Cemetery in Montpelier.  Memorial contributions may be made to St. John’s Lutheran Church or The MS Society.  Condolences can be left at www.thethompsonfuneralhome.com.