Girl Named Tom Advances To Finals Of “The Voice” 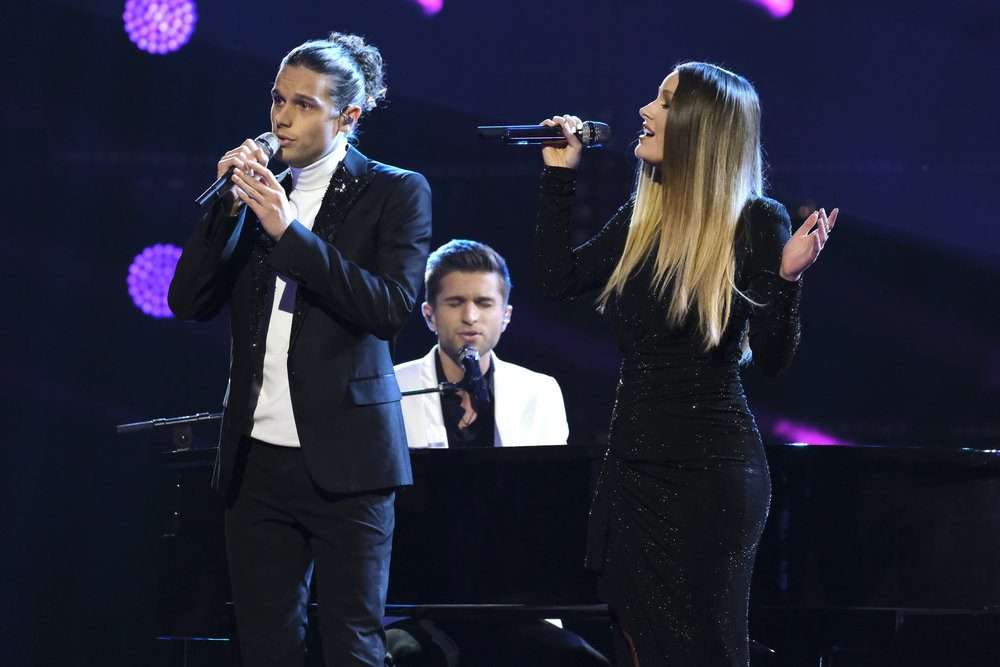 FINAL BOUND … Girl Named Tom sings the song “River” by Joni Mitchell. The live performance was aired on Monday, December 6th during the episode of The Voice on NBC. (PHOTO BY TRAE PATTON/NBC)

The singing sensation Girl Named Tom has continued on in “The Voice” to compete in the final five. The trio learned that America voted them through early on in the episode as they were the second act saved that night.

After their name was read, they went over to their coach Kelly Clarkson who congratulated them for their moving on to the finals and for reaching the number three spot on iTunes.

Host Carson Daly also pointed out that the group is the first trio to make it to the finale portion of “The Voice” in the show’s history.

The group sang the song “River” by Joni Mitchell to showcase their impressive harmonies and take them back to their roots as suggested by Kelly Clarkson.

Each of them showed off their strengths which led coach John Legend to say “Every week your just making beautiful music up here. We’re so lucky to have you here.”

After moving on to the finals, the group went on Twitter and posted “Thank you thank you thank youuuuuuu,” for their fans. The group, made up of Bekah, Josh, and Caleb Liechty, are siblings originally from Pettisville, Ohio.

The group has since moved to South Bend, Indian in order for Josh Liechty to be closer to his girlfriend who was a medical student at the Indiana University in South bend.

With only the finals remaining for “The Voice”, the very real chance is there for Girl Named Tom to take it all and win the competition.