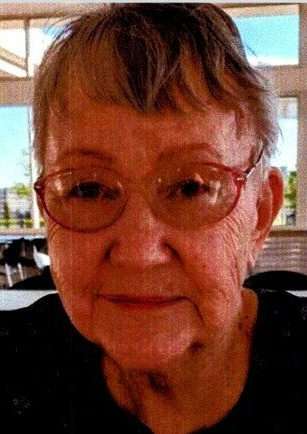 She was born on May 21, 1934, the daughter of the late Lester and Grace (Walz) Calvin. Betty served a career with the United States Postal Service.

She served as a postal clerk at the Waldron Post Office for over 25 years before being promoted to Postmaster, a position she worked until her retirement in 1990.

Betty was a member of Waldron First Church of Christ. Betty enjoyed sewing, knitting, reading, and doing things for other people.

Surviving to mourn her loss are her children, Angela (Roger) Lawler of Waldron, MI and Stanley Peck of Pittsford, MI; two stepchildren; along with many grandchildren, great-grandchildren, and great-great grandchildren.

In addition to her parents, she was preceded in death by her two husbands, Leonard Peck and Mason Morrison; four brothers, Lawrence, Rudy, Herbert, and Norman Calvin.

The memorial service for Betty will be held on Sunday, December 12, 2021, at 2:00 p.m. with visitation beginning at 12:00 p.m. until the time of the service at Eagle-Marry Funeral Home, Hudson with Jason Martin officiating.

Memorial contributions may be given to the American Cancer Society or to Hospice of Hillsdale County.

You may send condolences to the family at www.eaglemarryfuneralhome.com. Arrangements have been entrusted to Eagle-Marry Funeral Home, Hudson.