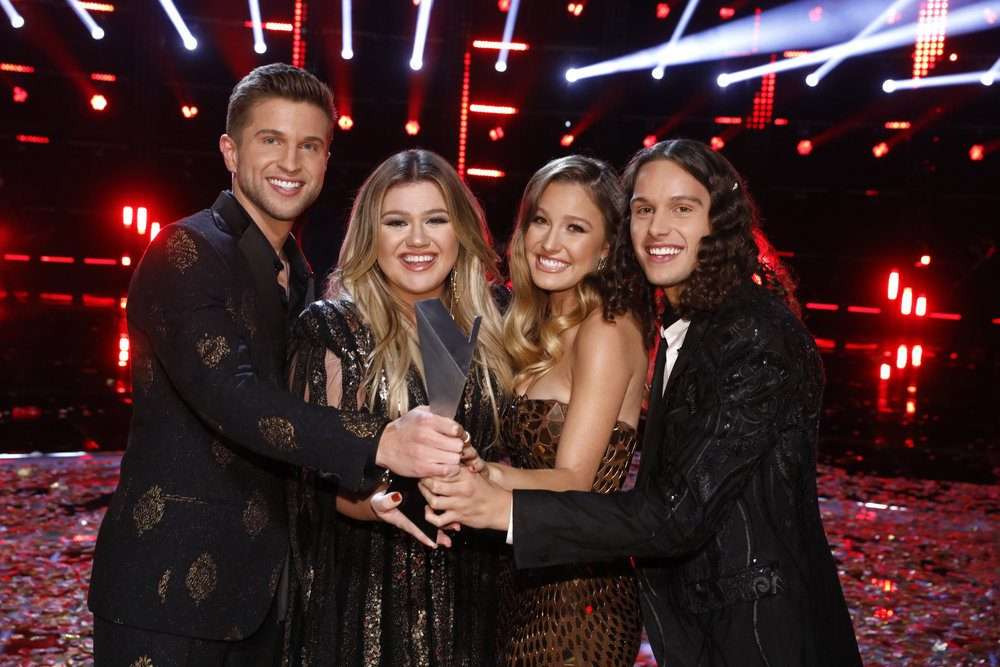 Girl Named Tom has won ‘The Voice’ and made history at the same time. They are the first group, in the show’s 21 seasons, to win it all. The group won with the help of coach Kelly Clarkson who has now won the show four times.

The trio beat out team Blake opponents Paris Winningham who won third place, and Wendy Moten who won second place. The competition all came down to Monday nights performance where the group sang Fleetwood Mac’s “The Chain, and The Foundations “Baby Now That I’ve Found You.”

The audience and America loved their performances and voted them through to win it all during the live finale that took place the following night on Tuesday.

The excitement of their win was short lived however as the group revealed that their father’s condition had begun to deteriorate just before their final performance.

Their father has been dealing with terminal cancer since 2017. A heartfelt, yet sorrowful statement was released shortly after winning The Voice that states the following.

“Dearest fans & supporters of Girl Named Tom, If you are reading this, you have achieved the impossible: you’ve made a trio win ‘The Voice’. Not only have we made Voice history together, you’ve helped fulfill three siblings’ dreams & encouraged us to keep dreaming big.”

“You’ve embraced the people we are and the music we’ve created, affirming our belief in ourselves and in what we do. For that we thank you. As we are writing this statement, our dad is in horrific pain following yet another surgery.”

“The only reason we are still in Los Angeles is that our parents want us out here, doing what we love. We cannot wait to finally all be in the same room. No matter the result on Tuesday night, we will be flying back to them as soon as possible.”

“Some might think that this is the worst timing – our father taking such a downward spiral at the exact moment of our success on national TV. In truth, we feel fortunate and blessed by this joyful distraction.”

“‘The Voice’ has given our family opportunities to connect, reflect, and marvel at the love we have for each other.” “Thank you to everyone at ‘The Voice ‘and everyone listening now for continuing to love and care for the suffering.”

“We have felt your compassion and humanity throughout this whole process. Not only do you believe in us, we believe in you. Keep being positive, hope-filled beams of light in every corner of the world. Of course, this is NOT a goodbye.”

“We have dozens of new songs that we cannot wait to share with you. We love you, we are grateful to you, and we hope you have a special holiday season. See you in 2022!”

Winning ‘The Voice’ is an opportunity of a lifetime that comes with many benefits. With winning, the trio receives $100,000 and a recording contract.

The group has also been having success on iTunes where they made show history yet again by being the first act to have four songs on the iTunes top ten list at the same time.

As their statement shows, there are plenty of things in store for the group, and everyone will be waiting to see what’s next for Girl Named Tom.