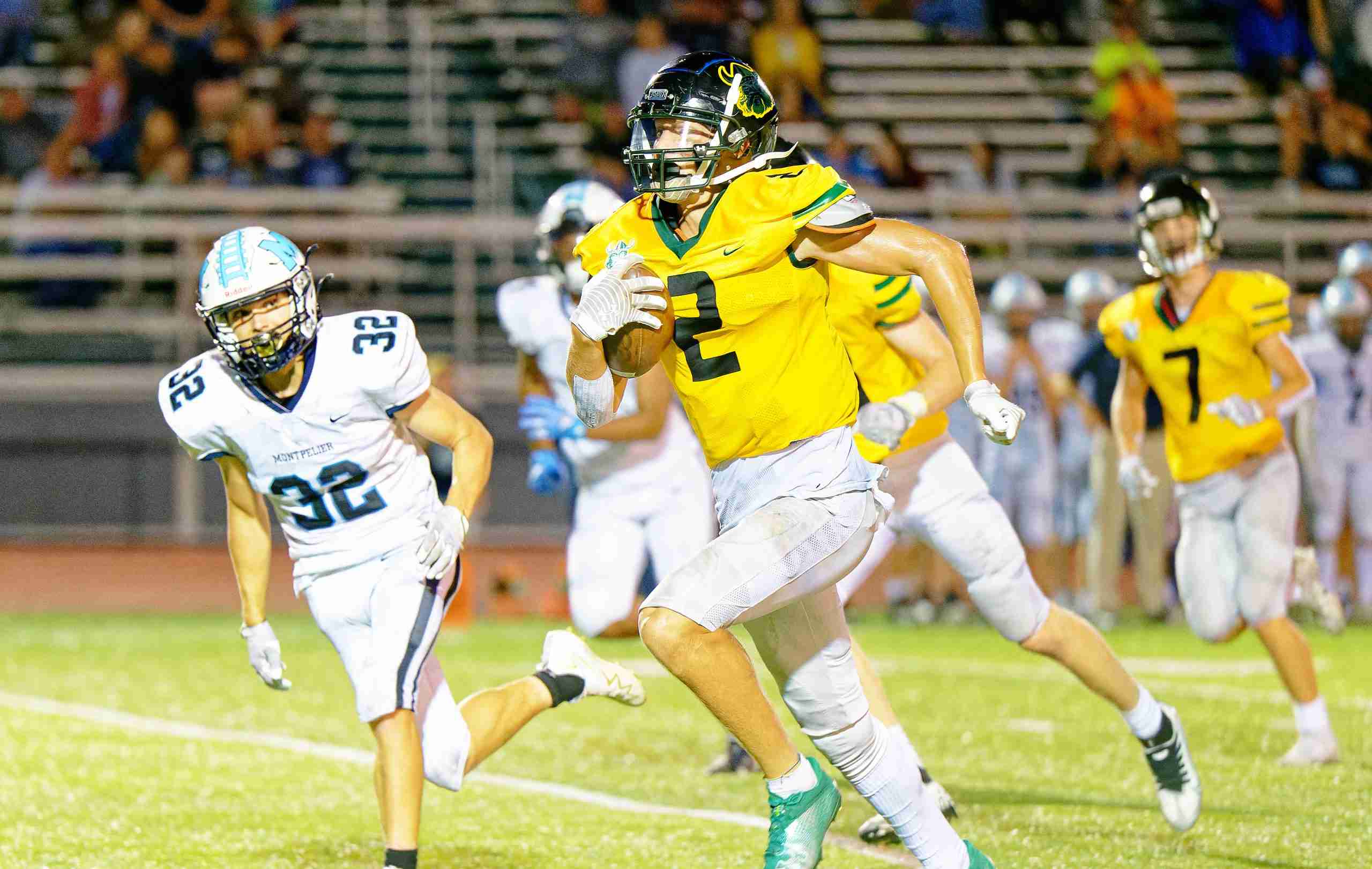 Week 3 of high school football is upon us already with games starting tonight with a matchup of undefeated teams at Ottawa Hills High School.

For most squads, this week will be their final nonleague contest before starting league play next week.

The official shortage across the state has reached Northwest Ohio as this game will be played tonight instead of tomorrow night due to no available officials.

Evergreen is off to a 2-0 start under first-year head coach Evan Karchner after wins over North Baltimore (48-0) and Montpelier (41-7).

Evergreen has rolled up nearly 600 yards of offense through their first two games, being paced by quarterback Hunter Vaculik who has rushed for 205 yards and thrown for 330.

The Green Bears are led on offense by quarterback Chase Miller (26-36, 373 yds, 4 TDs), wide receiver Reddick Pillarelli (10 rec., 121 yds, 1 TD), and have one of the premiere kicker/punters in the state in Emilio Duran.

After an impressive win over Fairview (59-0) to start the season, the Indians high powered offense struggled last week with four turnovers and -7 yards rushing in a 31-14 loss at Tinora.

Wauseon’s offensive line, replacing five members from last year, continues to try and find their way as McLeod was under constant pressure last week which led to the offensive struggles.

Sam Smith has topped the Indians in receiving yards with 135 so far with Jude Armstrong and Tyson Rodriguez leading Wauseon in catches last week with five each.

Napoleon is still searching for its first win under new coach Tyler Swary after losses to Defiance (28-7) and Liberty Center (35-21) to start the 2022 campaign.

Napoleon trailed Liberty Center by just one score in the fourth quarter despite their starting quarterback going down early in the second quarter with an injury as backup Lucas Gerken stepped in.

A pair of teams whose opponents are a combined 8-0 so far this season will square off at Leanne Field.

Edon, trying to replace several key players from last year’s playoff team, opened their season with a loss to Edgerton 34-22 and then last week fell in a 54-32 shootout at Antwerp.

Edon signal caller Kyler Sapp has thrown for 562 yards through his first two games, but the Edon defense has struggled to stop the opposition giving up 88 points and 932 yards in two games.

Hicksville has also had a rough start to the season by falling to Patrick Henry and Convoy Crestview by a combined score of 98-20.