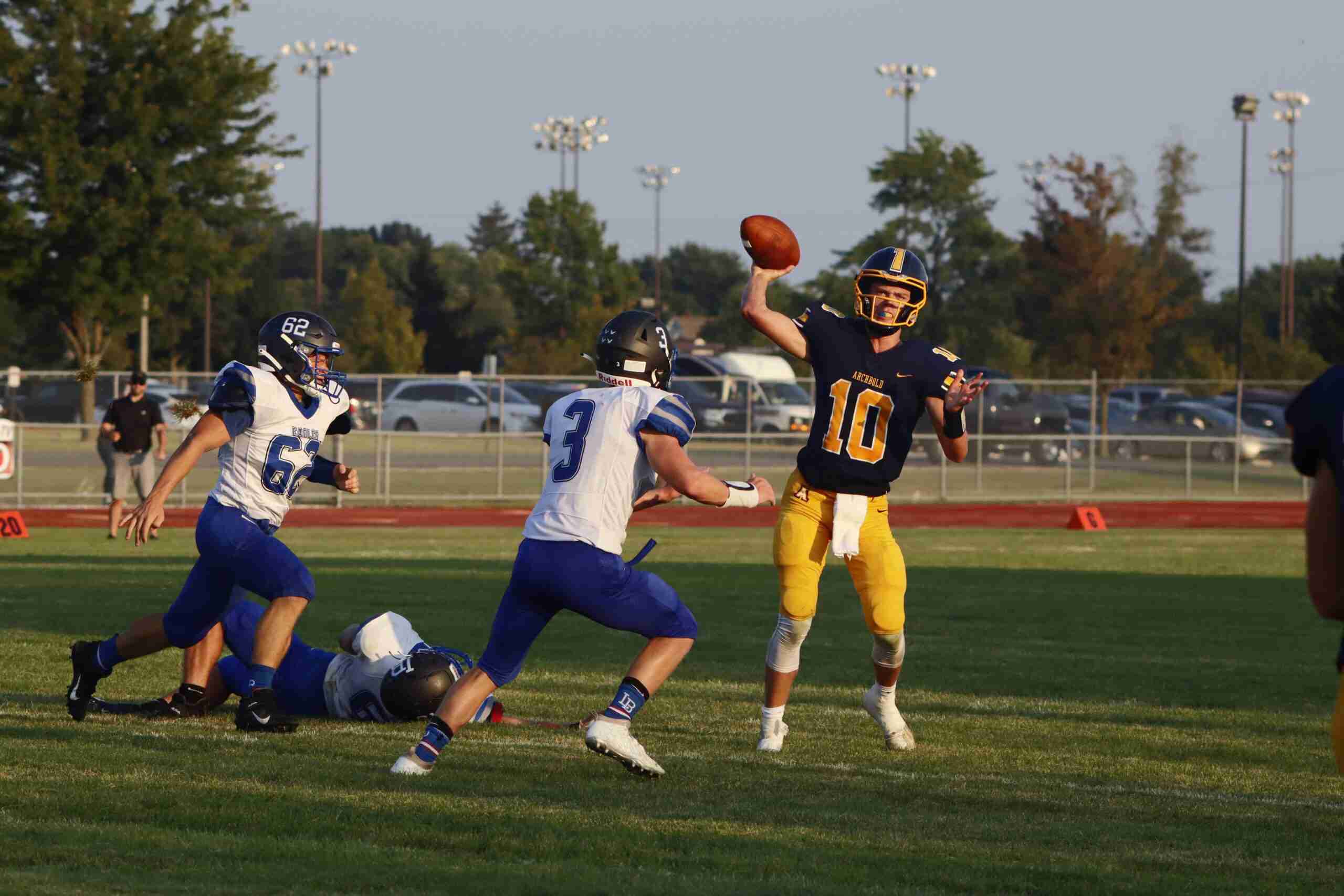 Three weeks of high school football are in the books as teams turn their attention to the start of league play. NWOAL action heats up right away with three very interesting matchups to start the league schedule. GAMES TO WATCH:

Archbold has rolled to a 3-0 start winning their first three games by an average of 28 points per contest. The Bluestreaks offense has been performing at a high-level averaging 37.3ppg while averaging 291 ypg on the ground and 172 yards per game passing.

Quarterback DJ Newman leads Archbold in passing and rushing but Carson Dominique has emerged in the backfield with 253 yards through three games.

For Bryan, after starting the season with a loss to Division IV state champion Van Wert the Golden Bears have posted wins over Maumee (49-0) and Fairview (42-12).

Jase Kepler has settled in at quarterback completing 41-58 passes for 55 yards, six TDs and no interceptions Korbin Shepherd has been a force in the backfield rushing for 410 yards and 10 touchdowns.

The Indians have sputtered on offense the last two weeks after a season opening win at Fairview as they continue to break in an inexperienced offensive line and new quarterback.

Wauseon, coming off an overtime win last Friday against Napoleon, will need slow down the Liberty Center offense and their tight end Evan Conrad.

The Tigers lost last week to Otsego after starting the year with victories over Tinora (23-21) and Napoleon (38-7). Line of scrimmage play figures to be a big factor in this one as the Tigers will be looking to pressure Wauseon QB Elijah McLeod, much like the Indians last two opponents have done.

Delta brings a two-game winning streak into their NWOAL opener at home against Evergreen. After struggling on offense in an opening week loss to Ayersville, Delta has got the running game in gear behind Josh Tresnan-Reighard the last two games.

Evergreen gave up some big plays in a loss to Ottawa Hills last week after starting 2021 with wins over North Baltimore and Montpelier. The Vikings offense has shown their own big play ability with quarterback Payton Boucher and wide receiver Riley Dunbar.