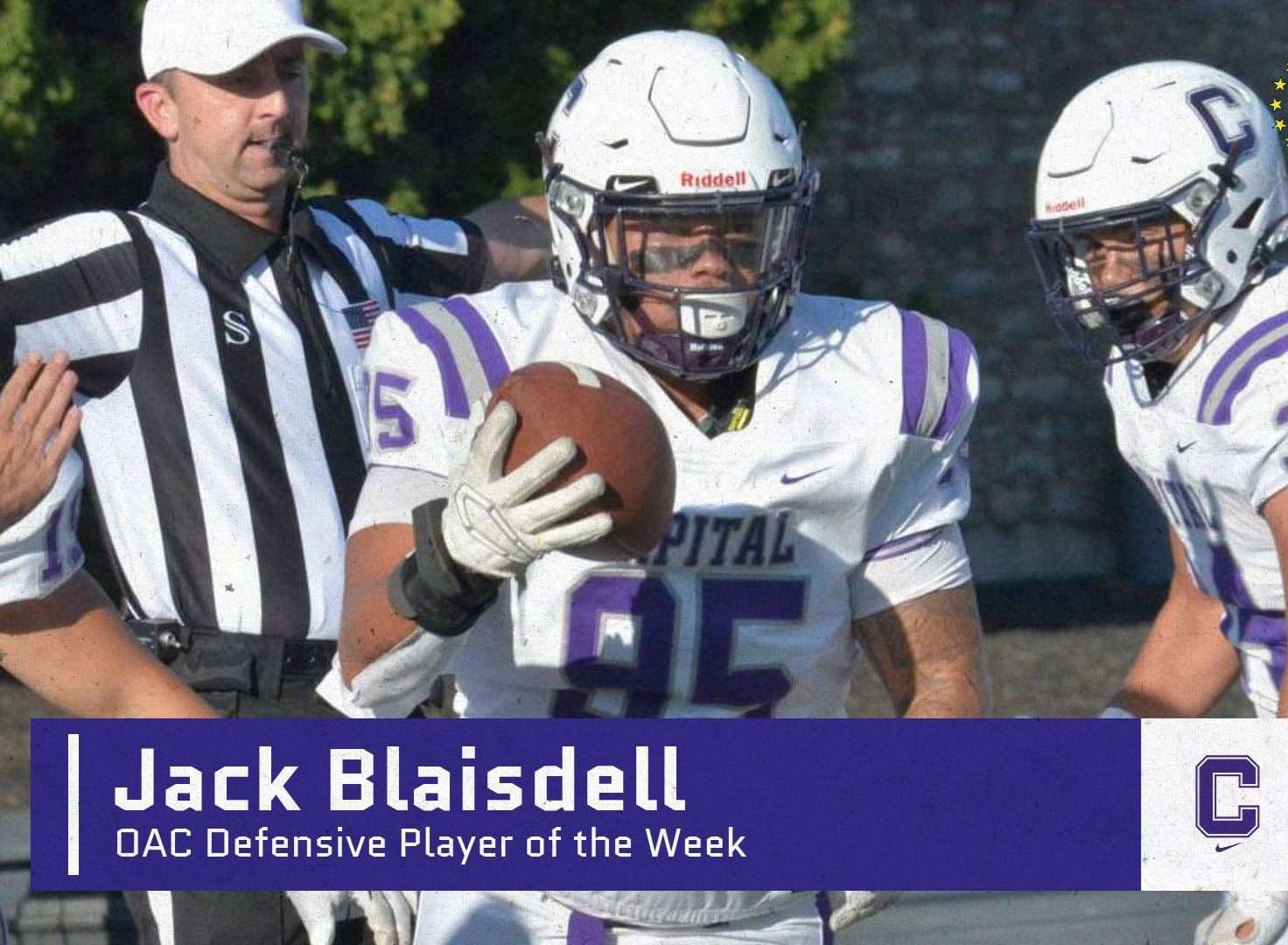 WESTERVILLE, Ohio –  On Tuesday afternoon, the Ohio Athletic Conference announced the first edition of a new season’s player of the week. Being recognized for Capital was senior Jack Blaisdell who was tabbed the top defensive player of the week in football.

Blaisdell truly lived up to his name and blazed his way into the Defiance backfield all night long last Thursday, helping Capital to a 41-7 win. The win snapped a 14-game dry spell for Cap and was the program’s first win since November of 2018.

In addition to his tackling prowess, Blaisdell once again made his way to the Defiance backfield and forced a fumble on the handoff. Blaisdell, alertly fell on the loose ball and recovered the fumble on the one-yard line, setting up Capital’s first score of the game.

The weekly honor is Blaisdell’s first of his career and comes on the heels of his spring nod as an All-Conference honorable mention selection last season.

Blaisdell, a native of Hilltop, Ohio, will next lead Capital onto the gridiron on September 18th away to Heidelberg. Kickoff in Tiffin is scheduled for 1:30 p.m.