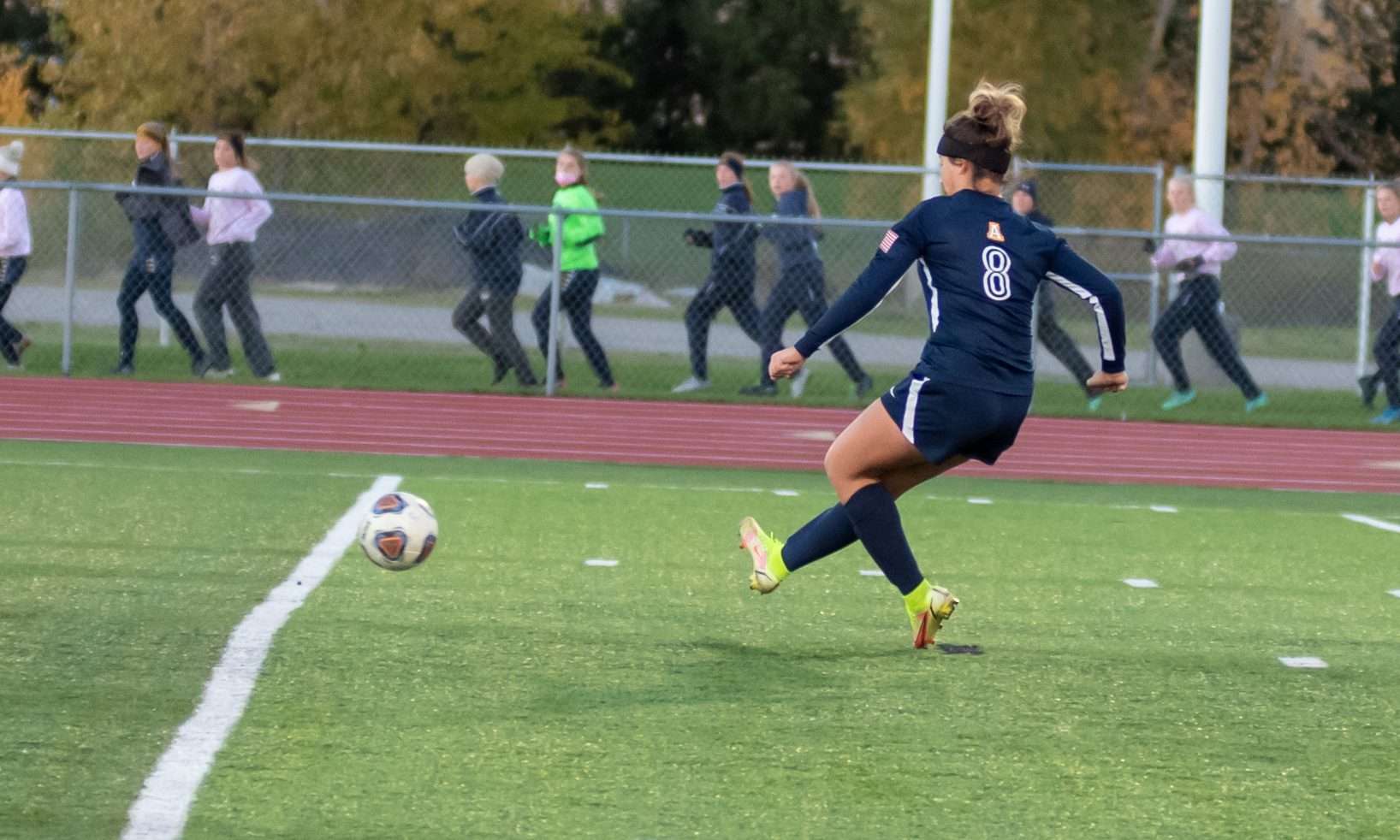 Natalee Rose scored both goals for the Streaks as they advanced to the district finals with a 2-1 win. Rose’s first goal came on a free kick with just :11 seconds left in the first half to put No. 3 seed Archbold ahead 1-0.

The Green Bears responded to tie the match at 1-1 with a goal at the 15:24 mark of the second half. Ottawa Hills was then called for a handball in the box which setup a penalty kick for Rose who drove it past goalkeeper to provide the game-winning goal for Archbold with 2:41 remaining in the match.

Archbold will square off against No. 1 seed Ottawa-Glandorf on Saturday at 1pm in the district finals at Evergreen HS.

The top seeded Titans grabbed a 3-0 lead at the break on their way to knocking off Swanton 5-0 in the Division III district semifinals. Swanton’s season comes to an end with a record of 6-10-2.