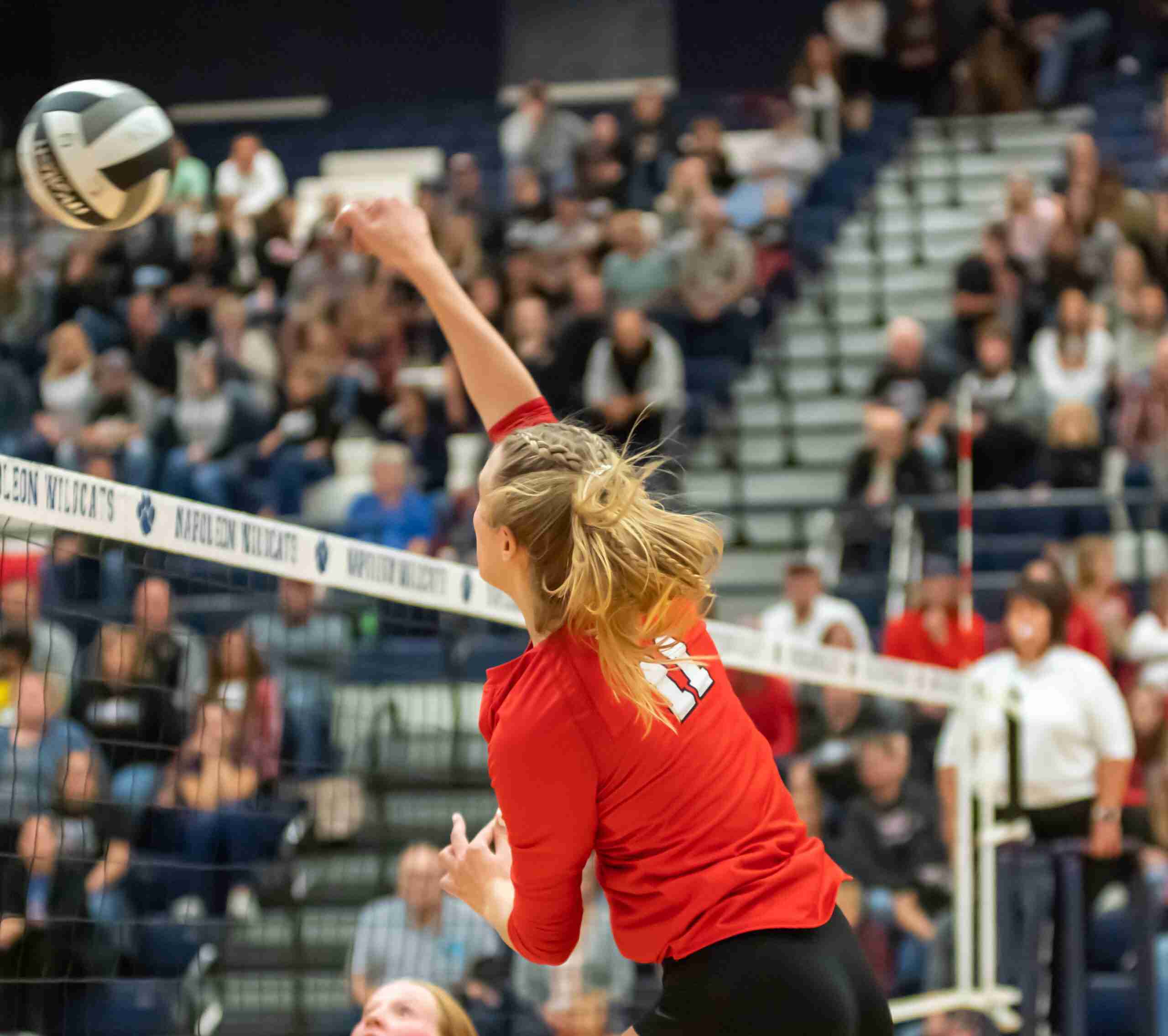 The rubber match saw the Cadets win the first two sets and then the fourth after the Eagles took the third to put Hilltop in the district finals for the second straight year.

Hilltop would take a 20-16 thanks to a 9-3 run following a timeout and forcing North Central to take a timeout of their own. Hilltop ended the first set with a 5-1 run as Jayma Bailey recorded two kills and opening set went to the Cadets 25-17.

The second set was a back-and-forth battle with neither team able to take more than a two-point lead until two straight errors by the Eagles allowed Hilltop to go ahead 20-17.

The Eagles though responded with three consecutive kills to tie the set at 20-20. A 4-0 run by Hilltop followed the Eagles run and a double-hit violation against North Central would give the set to Hilltop 25-23.

With a chance for the sweep, Hilltop jumped out to a 7-3 lead to start the third set aided by two kills from Libbie Baker.

The defending district champion Eagles fought back to tie the match at 8-8 and then 13-13 before a kill by Kendal Bonney gave the Eagles a 14-13 lead. The Eagles pushed their lead to 20-16 and then 23-18 after two more kills by Bonney.

The momentum swings continued as North Central built their lead to 24-20 but a 4-0 run by the Cadets tied the score at 24-24.

Lauren Balser and Madison Brown recorded back-to-back kills for North Central to keep the Eagles alive as they took the set 26-24.

North Central scored the first two points of the fourth set before a 6-3 spurt by the Cadets gave them a 6-5 advantage.

The lead swelled to 11-6 for Hilltop but the Eagles put together a 5-1 run to trim the Hilltop lead to 12-11. It was then Hilltop with a scoring run to regain their five-point lead at 17-12 followed by five straight points from the Eagles to tie the score at 17-17.

Hilltop would then end the set and match by scoring the last eight points as Gabby Rodriguez delivered three kills and Baker blocked a spike attempt by Bonney to secure the final point.

Hilltop (19-5), who hasn’t appeared in the regionals since 1994, will face No. 3 Hicksville (18-6) on Thursday night in the district finals at Napoleon High School.