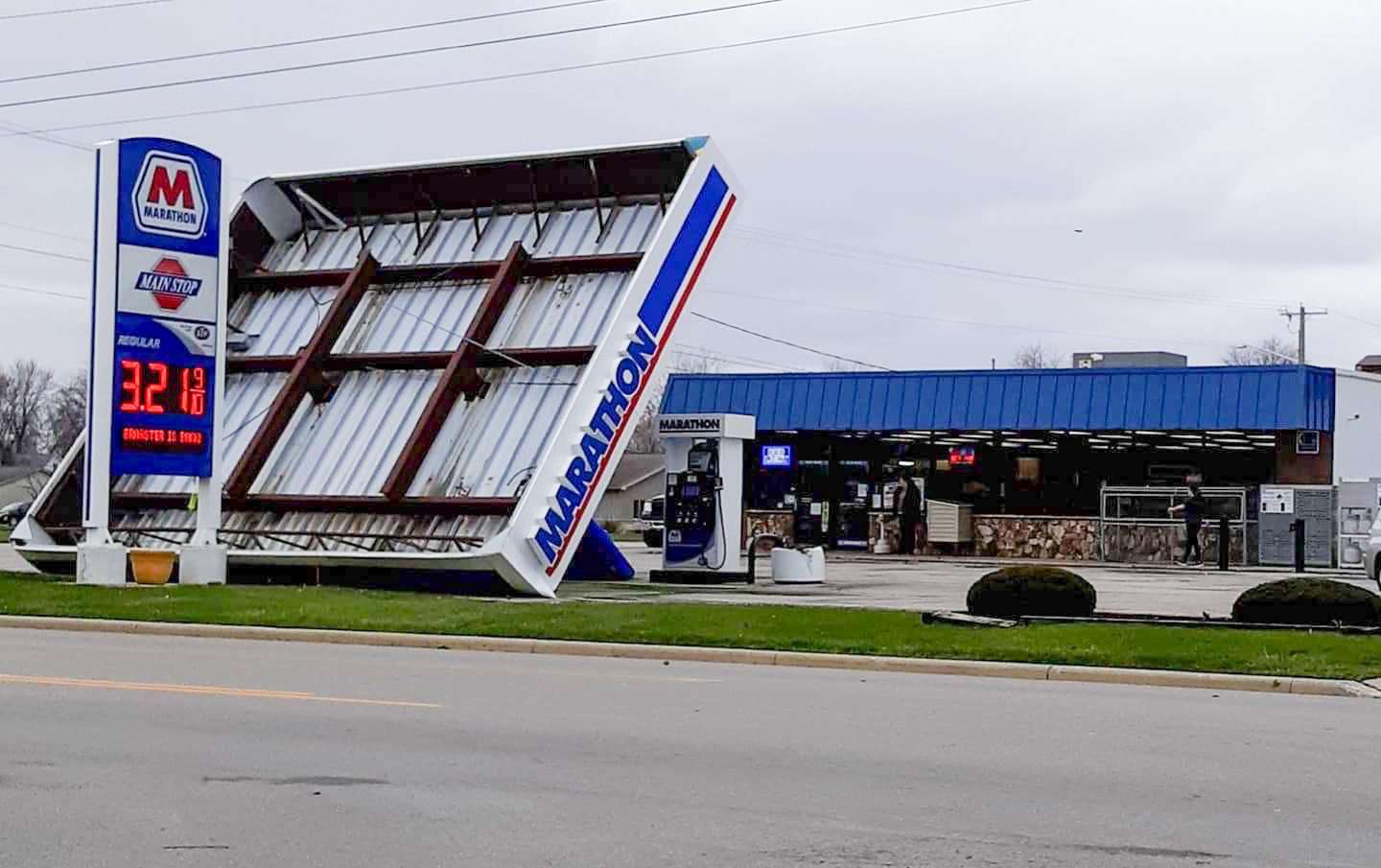 BRYAN MAIN STOP … Pictured is the Bryan Main Stop, located at 232 South Union Street, had its canopy blown over by high winds on Saturday. (PHOTO PROVIDED)

High winds swept through the area on Saturday, December 11th. The winds, that caused a High Wind Warning to the southernmost counties in Michigan and Ohio counties to our East, were the result of a cold front that passed through the area.

The cold front passed through after storms rolled through the night before that caused a severe tornado outbreak in several states.

Sporadic reports of small damage, mostly to trees, was being reported throughout the day in both Fulton and Williams counties. Wind was also causing issues with power lines leaving some residents without power and closing some roads to commercial traffic.

According to both the Fulton and Williams County Sheriff’s office, no major issues or damage was caused throughout the day.

Numerous areas throughout Northwest Ohio and Southeast Michigan saw high winds cause power outages for thousands of people, with the majority of customers having their power restored fairly quickly.

Wind gusts crept higher throughout the day and even approached the level of severe storm strength, with some areas exceeding that threshold including Wauseon that saw wind gusts of 60 mph.

The biggest damage caused by high winds was in Bryan, where the canopy at the Bryan Main stop blew over.

According to Main Stop employees and the Bryan Police Department, the incident took place before noon. The canopy did not cause any other damage and a report was not filed.