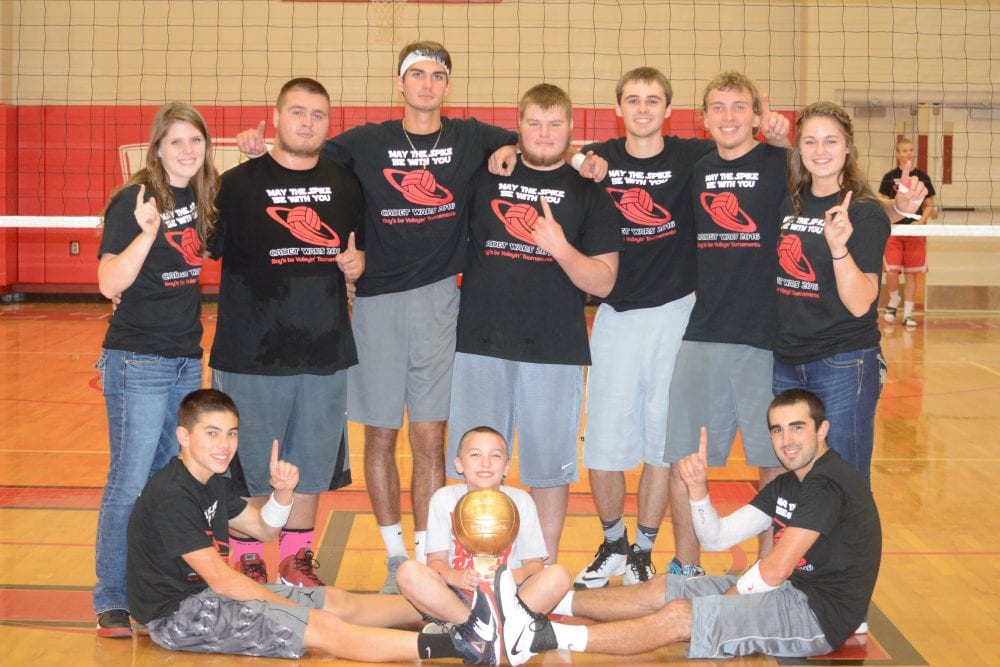 On October 29, the girls of Hilltop convened upon the turf of Daft Field for a powder puff football game to raise post prom funds.

On the evening of October 5, the Cadet boys got into the act, taking to the volleyball court in another benefit for the post prom fund. The best-of-three matches pitted the four classes against each other for the big prize…to be the first recipients of the Golden Volleyball trophy.

To watch the guys warming up with their female coaches, one might have had an inkling that this was going to be a war of floorboard splintering kill shots and thundering rejections. It didn’t take long however, before those inklings were proven painfully wrong, and in a hilarious way.

Once the coaches (REAL volleyball players) left the court and turned everything over to the guys, it didn’t take very long for everyone to see that spikes would be slim to none. In order for an effective kill shot to be attempted, a bump to the front line is needed, followed by a well placed set. The wheels fell off there though, as ‘bumps’ frequently became blasts. Bumps wound up in the gym rafters, caught in the gym divider net, and frequently several rows deep into the stands. A game of vertical precision was frequently turned horizontal. If a bump was executed well enough, the setters were often off kilter, and timing issues for the hitters were pandemic. The guys couldn’t help but laugh along with the audience as they discovered that there was more to the game than they had come to believe.

The senior class came away the winners, but before they could claim their trophy, a group of six teachers walked out of the auxiliary gym to challenge them for the rights to the trophy. Their challenge was met with a two-game sweep, finally giving the seniors their trophy.

Although the goal of raising funds for post prom was met, there might be a need another fundraiser in the not too distant future. Hey…all those tubes of Ben Gay that the teachers will be needing are not going to come cheap.