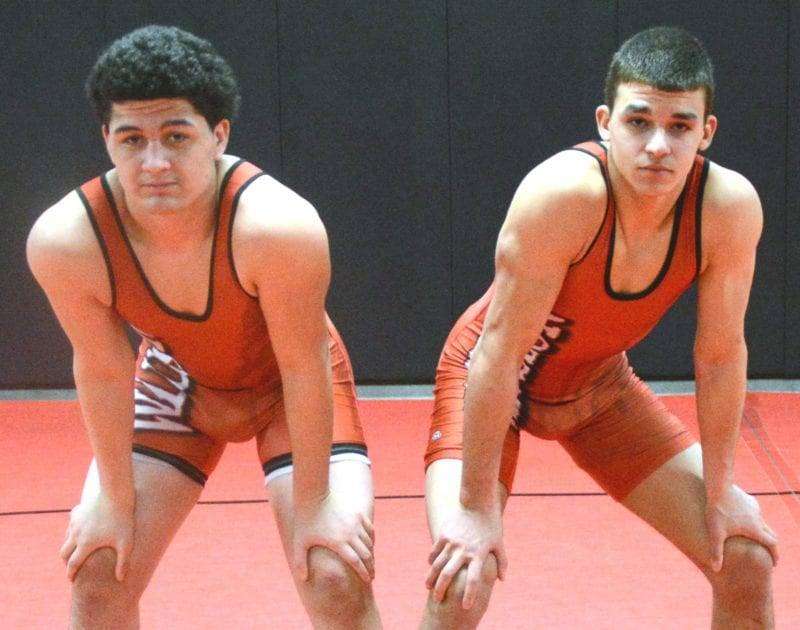 The team was finishing off their practice with a simple series of stretches. A majority of its members gathered in a large circle, while four upperclassmen made a smaller one its center. For twenty seconds at a time, each stretch would be performed by every one of them.

Those in the inner circle began to count off, speaking the odd numbers alone,while the rest of the Wauseon boys and girl, as there is just one on the team, joined in on the even numbers. This time, however, an underclassman decided that he needn’t take part in the count.

“Count.” Hodges’ voice was even, but firm as he stared at the offending boy.

Once again, the inner circle began the count, calling off the odd numbers while the rest of the team joined in on the even ones. Again, however, a single voice was missing from the group.

For a third stretch, the count started in the same manner as the previous two. And, for a third time, the same underclassman refused to take part in the audible portion of the routine.

This time Hodges’ raised his voice, though only a slight bit.

“This is the third time I’ve told you to count.”

This time, the young man received the message loud and clear. His recitation of the count could be heard in conjunction with the other members of the Indian wrestling squad. The remainder of the cool down stretch continued without issue.

The senior Indian wrestler hasn’t always been such a vocal leader. Actually, it’s taken four years in the high school program for Hodges to get to a point where he is comfortable in such a role.

“I’ve got a lot more confidence.” He commented on his final year at Wauseon. “(It helps with) being able to speak to the young guys and be intense.”

While taking charge may be a new concept for Hodges, wrestling most certainly is not. In fact, he’s been studying the sport since he was four years old. Preceding the days of tying his own shoes and possibly experimenting in the gourmet value of paste, Hodges was watching his father, Ron, escaping holds and taking opponents to the mat.

While his interest in wrestling can be traced back to such a tender age, Hodges didn’t consider wrestling to be “his sport” until junior high.

“It was about eighth grade that I knew I was into wrestling.”

Until that point, the Wauseon boy had tested out several other sports at school. His competitive nature drove him to played flag football and soccer, while running cross country as well.

That need to be the best makes losing a bitter proposition. Anyone who wishes to see this bitterness on display need only mention the name Brent Moore.

“I hate even saying his name.” Said Hodges.

The Indian standout lost to Moore, an excellent wrestler from Graham High School, in the State Semi-Finals last year. The defeat is still fresh in Hodges’ mind. He did, however, avenge the loss.

“I lost last year, but I beat him this year at Ironhorse.”

Yet it takes more than a competitive edge to reach as high a level of performance as Hodges has displayed on a regular basis. Mental toughness is a big part of the equation, allowing one to push themselves beyond the limits their peers set for themselves.

“It’s gonna be hard, and you’re gonna want to quit at some point.” Hodges explained. “But you gotta finish it.”

That level of fortitude has to go beyond physical limitation as well. While expectations can certainly be a good thing, they should not serve as a box in which to trap a student athlete’s potential. The advice Hodges would give those looking to those trying to follow in his footsteps echos this sentiment.

“Don’t let anyone ever tell you that you can’t do something.”

All of Hodges’ hard work and affirming ideology paid off during Wauseon’s meet against rival Archbold on Tuesday, February 10. It was then that he had his first opportunity to put his name in the Indian record books.

He had known for some time that the all time wins record was a possibility.

“Coming into this year, I knew I could get it.” Hodges admitted. “So it was a goal.”

And he did get it, breaking Zane Krall’s previous record of 160 wins, set in 2013. Currently sitting at 161 wins, Hodges could improve his win total to 177 if he wins the remainder of his matches.

Such a massive compilation of victories will surely stand throughout the ages as an achievement untouched for generations to come.

Then again, maybe not.

As a junior, Tre Campbell has already accumulated 110 wins while competing for Wauseon.

Unlike several athletes, who strive to work toward accolades and milestones, Campbell did not set out specifically to reach triple digit wins.

“It really wasn’t a goal.” Campbell proclaimed. “It’s just something I kind of got.”

“My uncle talked me into wrestling.”

That would be his Uncle Anthony Brooks. Despite Brooks convincing him to join the middle school wrestling team in fifth grade, Campbell had reason to second guess that decision at the start of his career.

“I didn’t like it my first year because I wasn’t very good.” Recalled Campbell.

Campbell did show vast improvement during his sixth grade run at wrestling. Part of his new found success in the ring had to do with dropping his weight a bit. But it was the support of his family that helped him to elevate his performance.

“My Uncle Anthony pushed me, and my parents pushed me.”

Then there was Scott Burnett.

Organizer of the Burnett Trained Wrestling club team, both Campbell and Hodges have looked to Burnett as a mentor since their junior high days. Campbell, in particular, really bonded with the former high school standout wrestler since joining his team while in the eighth grade.

“We became close.” Campbell described his relationship with Brunett.

While these relationships have influenced Campbell, the main reason for his success can be attributed to his own work ethic and attention to detail.

And that would be what he would tell aspiring wrestlers looking for a good piece of advice.

With such a refined skill, it’s no wonder Campbell has put himself in contention to challenge his current teammate for the Wauseon all time wins total during his senior season. Still 51 wins behind, he’ll need to have a spectacular final campaign if he’s hoping to catch Hodges.

When asked if he will be chasing after Hodges record next year, a sly smirk crossed Campbell’s face.

Whether or not he passes Hodges, one thing is very clear when it comes to Campbell. He’s going to put in the hours and work to be at his absolute best, regardless of how close or far from reach the record ends up being.