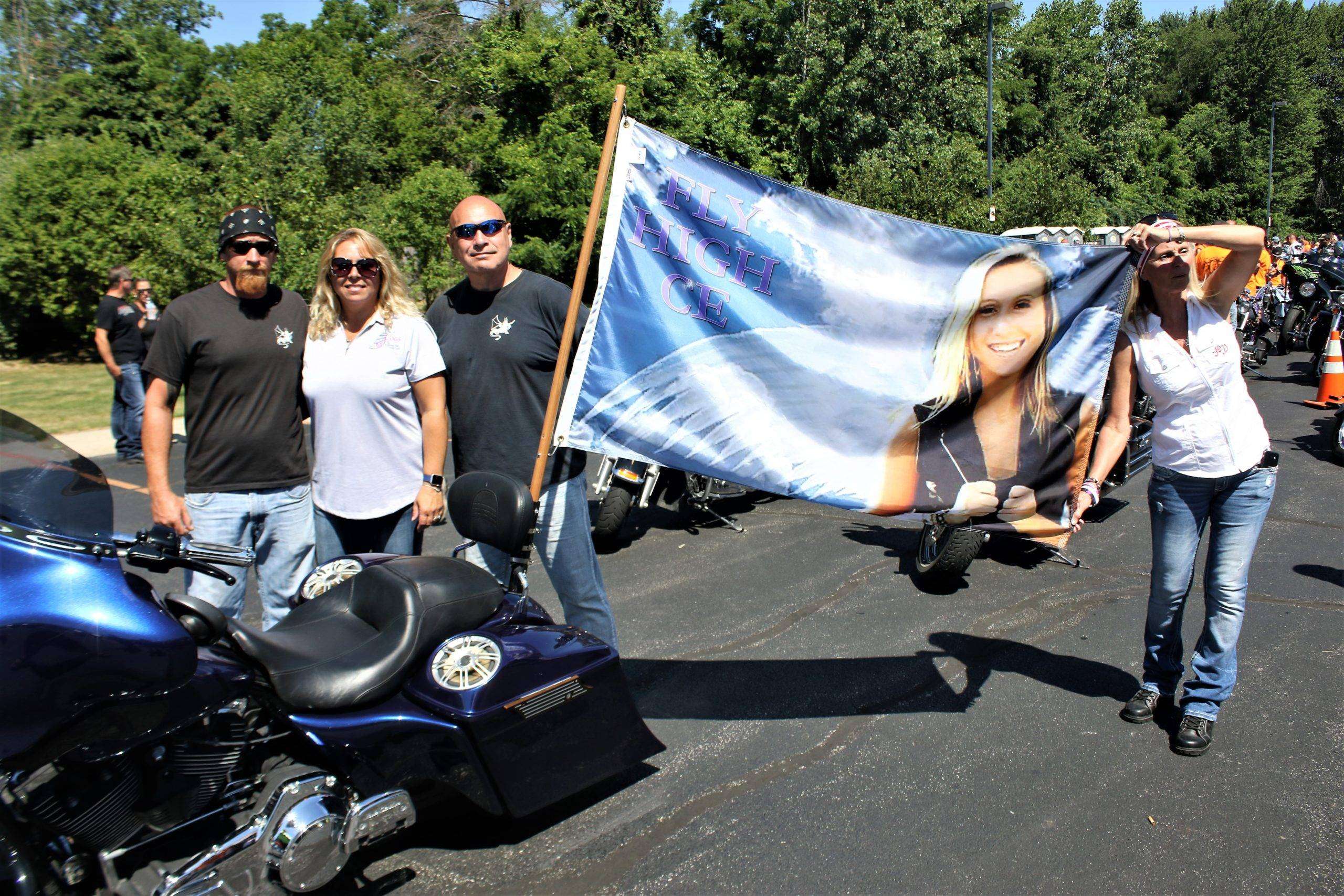 Heavy traffic on Toledo’s Central Avenue is common in the middle of the day, even on Sundays. But at noon this past Sunday, July 8th, motorists witnessed “heavy” taken to the extreme as 660 motorcycles, carrying almost 1,000 riders, roared out of the parking lot of a Harley-Davidson dealership and headed west.

Stretching for miles and traveling through the communities of Metamora and Lyons, the Fulton County Fairgrounds was their destination and raising funds for KOGS (Keep Our Girls Safe) to honor the memory of Sierah Joughin was their mission.

Sierah, a 20-year old University of Toledo student, was the victim of a brutal assault that took her life in July of 2016. The Evergreen High School alum was attacked while riding her bicycle just a short distance from her home. Her assailant, James Worley of Delta, was arrested, tried, found guilty of kidnapping and murder and sentenced to death.

In the meantime, Sierah’s boyfriend, Josh Kolasinski, and his family started KOGS, a 501(c)(3) nonprofit organization that offers free self-defense classes for women. Mr. Kolasinski estimates that between 400 and 450 women have taken the two-hour classes that are offered twice a month at locations recommended by the public. “We’ll go anywhere,” added Sheila Vaculik, Sierah’s mother. “We’ll go into schools, businesses, where ever.”

This was the third and largest of what organizers hope will be an annual event. “Every year it gets bigger,” said Ms. Vaculik. “It brings all kinds of people together. People you would never expect to find in the same room come together for a good cause.” There was food provided during the event along with live music, raffles and KOGS merchandise for sale.

Another worthy cause that rose out of the senseless tragedy was the passing of Ohio Senate Bill 67, referred to as Sierah’s Law, in April of this year. Co-sponsored by senators Randy Gardner and Cliff Hite, the law will create a violent offenders registry for those who commit violent offenses and make it easier for the public to access information about the offenders.

Worley had been convicted of a similar crime in 1990. For information on scheduling self-defense training or purchasing KOGS merchandise go to kogsafe@gmail.com.