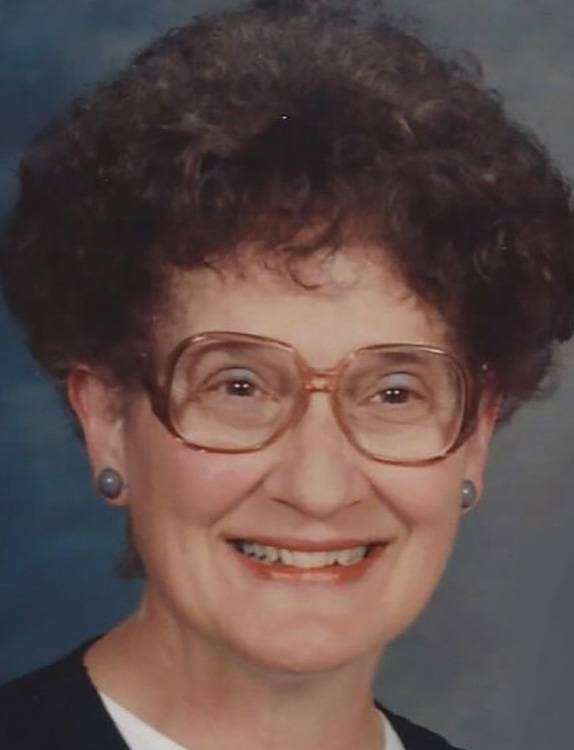 Linda Lou Lammon passed away peacefully on Tuesday, December 29, 2020 at her home in Mansfield, Ohio, after several years enduring the onset of Alzheimer’s disease. She and her husband Stan Lammon were longtime residents of Lexington, Ohio, where they moved in 1968, and raised their family.

It was their home for 51 years before they moved to the Waterford at Mansfield in the summer of 2019.

Born to the late William “Bill” and Lula (Dietrich) Lichtenwald on April 16, 1938, Linda Lou grew up on a farm in Fayette, Ohio, but her family moved to nearby Wauseon (the Fulton County seat), where she was an excellent student and completed her junior and senior years of high school.

There, Linda met her future husband, Stan Lammon. They were married September 2, 1956, in Wauseon, and then settled in Wilmington, Ohio, where Stan was completing his Bachelor’s Degree at Wilmington College. They lived in Wilmington, Hamler, Crestline, and Swanton, Ohio, before settling down in Lexington.

After raising two young boys, Linda decided to attend college classes at the new Mansfield-Ohio State University branch campus (now OSU-Mansfield). She was among the first graduates to complete all her courses at the “Mansfield Branch.” Linda also loved to sing, and for years she’d served as a soloist for weddings, in her church choir, and at other special events.

But in the spring of 1972, she brought down the house at the Mansfield-OSU’s “Ovalwood Hall Auditorium” as “Reno Sweeney,” one of the leading roles in the campus theatre’s revival of Cole Porter’s 1934 hit musical Anything Goes.

A year later, in 1973, Linda graduated with her Bachelor of Education degree—she and her husband were doubly blessed when their daughter was born later that year just before Christmas.

In the fall of 1974, Linda began a distinguished teaching career at Lexington Central Elementary, where for more than 30 years she taught second-grade and was one of the school’s most successful, sought after, and beloved teachers. Even after she retired, parents (some of them Linda’s former students) sought “Mrs. Lammon” to tutor their young sons and daughters.

Linda was devoted to her family and to the hundreds of students she helped prepare for the world. She was an active member of Christ Lutheran Church in Lexington, until the church closed at the end of December 2018. After the final Sunday service, she and other friends and family gathered one last time in the church kitchen.

Despite her battle with Alzheimer’s, Linda started to sing “O Holy Night” (a song she’d sung as a soloist at many Christmas Eve services) and everyone joined in singing with her. After their church closed, she and her husband were welcomed into the congregation at Holy Trinity Lutheran Church in Mansfield, near their new home at the Waterford.

Later in life, Linda became a big fan of the Cleveland Indians and watched or listened to almost all of their games from 1986 to their big years in the 1990’s and into the next century. Her favorite player, “Phil Neikro,” was just a year older and still pitching for Cleveland in 1987 at age 48. The Hall of Fame pitcher also died this year, just three days before Linda.

Surviving are her beloved husband Stan; her loving children Marty, Wes, and Mindy; loving grandchildren Drew, Michelle, Gabriella, and Franco; five beautiful great-grandchildren—Grady, Parker, Lyra Joy, and the twins Arlo Ann and McCoy Arthur, born just this year in October—and so many special sons-and-daughters-in-law, nieces and nephews, cousins, other kin, and friends, more than her family can count or thank enough for all their love and support.

A small, private memorial service for Linda Lammon will be held at 11:00 a.m. Wednesday, January 6, at the Snyder Funeral Home’s Lexington Avenue Chapel. However, the service will be live-streamed so that family, friends, former students, and all others may join in remembering Linda. The link for this event can be found on Linda’s obituary page at snyderfuneralhomes.com, along with Linda’s tribute video.  A long-time friend and co-worker, Dave Roberts, will speak and burial will follow the service in Lexington Cemetery.

In this year of the Pandemic, given so many challenges to our schools, and Linda’s devotion to Lexington Public Education and Athletics, the family asks those who wish to remember Linda Lammon consider making a gift to Lexington’s Local School Boosters at http://www.lexington.k12.oh.us or to your own local school system.