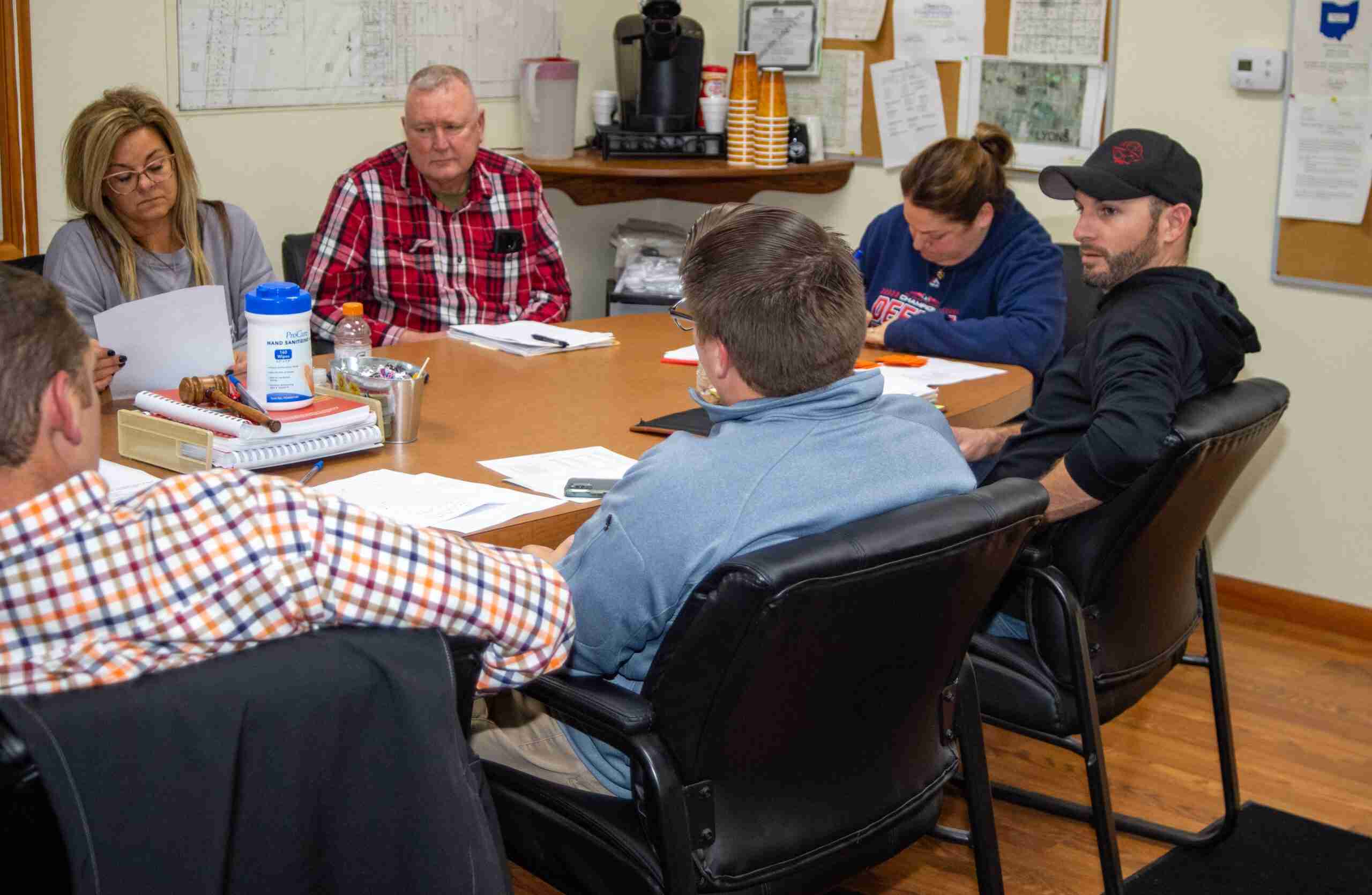 The Lyons Village Council held their meeting on Monday, November 1st at 7:00 p.m. The meeting was called to order followed by the Pledge of Allegiance.

Council first moved to approve the minutes from the previous meeting as well as the bills as presented.

It was stated that the salt shed is now complete and that the new online payment system went into effect last month. Around 16% of people paid online which is very good considering it has only been running for 6 weeks.

Numerous calls were taken from other villages and people who had questions regarding the new basketball/pickleball court.

They also told the Village how much they liked it. The annual FCEDC took place on October 14th and went well.

All of the village’s water and sewer lines and other utility items are now on a flash drive and a computer to be used by village crews.

Parade letters will be sent out soon as well as a leaf pickup letter. Leaf pickup will be taking place on November 22nd and the week of December 6th weather permitted.

The stop light in the center of town has been fixed and work is still being done to put up the new fence at the basketball/pickleball court. It is running behind right now due to rain. Work is also being done to paint and winterize the fire hydrants.

A discussion then took place regarding a check that was received as a donation for the lagoon fields. An update was given regarding Halloween and that everything went well.

The Fire Department’s Feather Party is coming up soon and a reminder was given for everyone to vote on Tuesday.

It was then stated that the next meeting will be held on December 6th followed by a motion to adjourn which was approved.