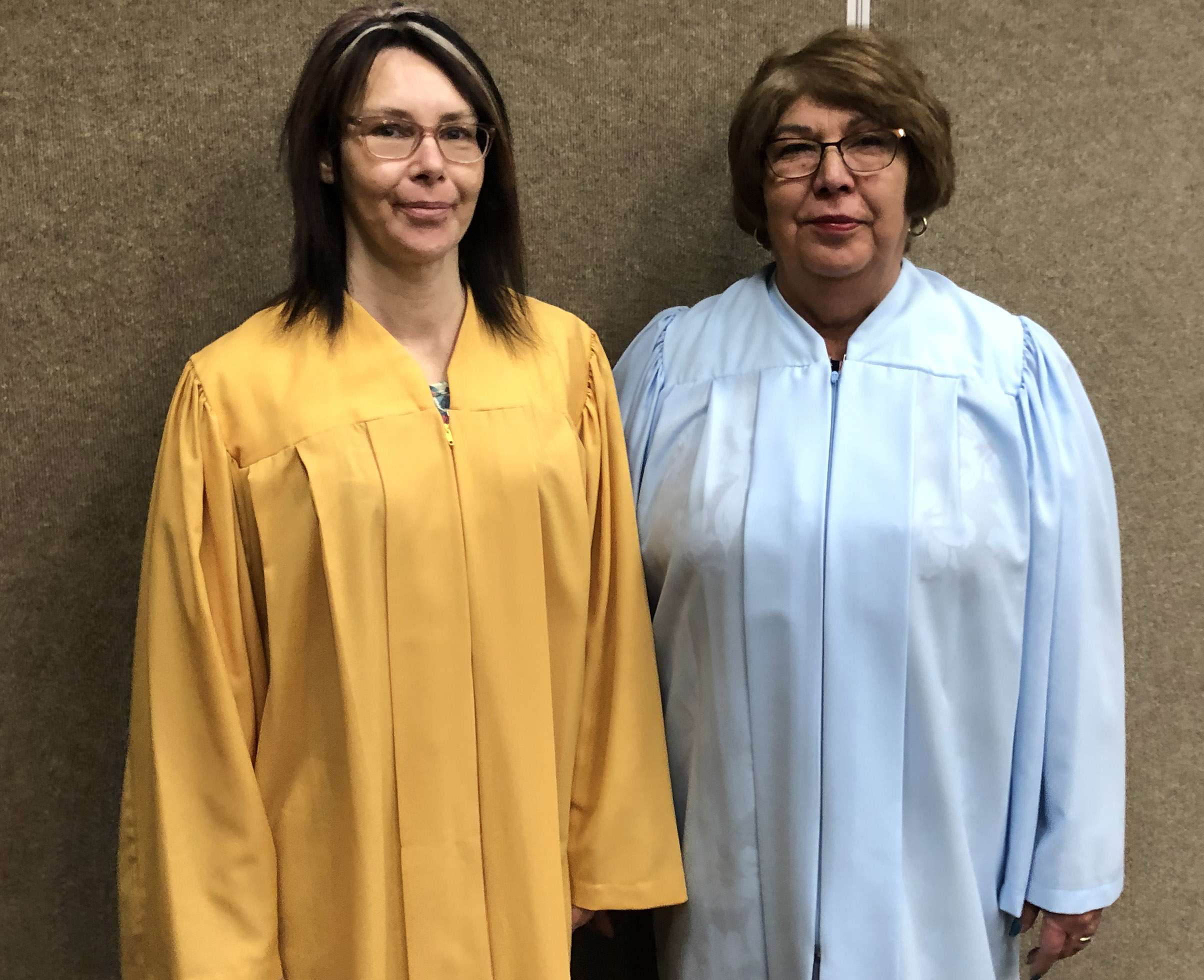 Melissa “Missy” Kleinhen, member of Montpelier Chapter 270, Women of the Moose, was recently honored to receive the Academy of Friendship Degree during the Ohio State Moose Association Mid-Year Convention.

She served as one of three class representatives during the conferral ceremony held Sunday, Feb. 13th in Independence, near Cleveland. She is shown here at left with Reynalda McKinney, right, secretary for Montpelier WOTM chapter, who served on the conferral staff for the degree ceremony.

“Missy” is among 37 chapter members who earned the Academy of Friendship Degree by serving as an officer or committee chairman or by sponsoring five members during the chapter year.

Honors are only awarded to those meeting certain personal requirements and the chapter earning the Award of Achievement.

There are currently 37 chapter members who have attained this degree and “Missy” will be honored during the chapter’s June Academy of Friendship meeting.

Special recognition will be given to all Friendship Degree members and all chapter members are invited to attend this special meeting.

Montpelier WOTM regularly meets on the third Thursday of each month at 6:30 p.m. and all chapter members are encouraged to attend.