Montpelier Comes Together For 2021 Homecoming With Heavy Hearts 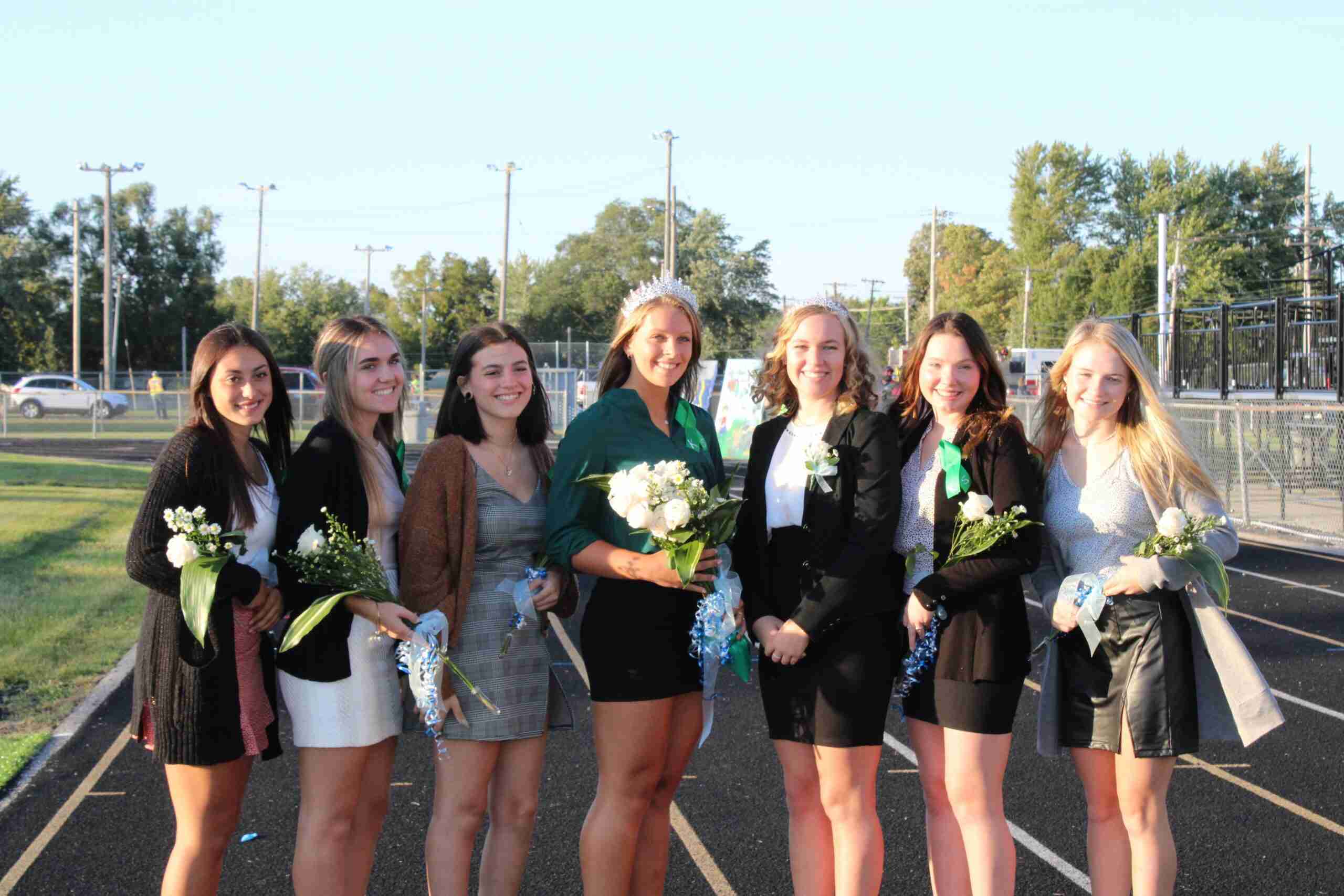 Montpelier celebrated their 2021 Homecoming on Friday night with the memory of a classmate at the forefront. On everybody’s mind was junior Kelly Schaffter, who passed away on Thursday afternoon from injuries sustained in a car accident.

This year’s Freshman Attendant was Miss Aleigha Hillard. Aleigha is the daughter of Ron and Shawna Hillard.

Her escorts are Kamron Smith – son of Darbi Clark and Nate Smith, and Trayson Godfrey – son of Brian Godfrey and Christine McCoy. She has two sisters, one is a senior and one is a fifth grader. She also has a dog, Kizer, and two cats. In school, Aleigha participates in volleyball, basketball, track, and student council.

Outside of school, she enjoys hanging out with her best friends, watching Netflix and TikTok, and reading. After she graduates from high school she plans to go to college to run track and eventually join the medical field working in oncology.

The Sophomore Attendant this year was Miss Kaylea Serrano. Kaylea is the daughter of Salomon Serrano and Timo and Leah Salinas.

Her escorts are Grant Girrell – son of Dave and Carrie Girrell, and Nathan Rummel – son of Kyle Rummel and Yolanda Bohner. Kaylea has a sister, Shayla and two half brothers, Elias and Parker.

In school, Kaylea participates in cross country as well as football and basketball cheerleading. Outside of school, Kaylea works as a lifeguard at the Montpelier Public Pool. In her free time she enjoys hanging out with her boyfriend, Grant, and eating Chick-Fil-A.

In the future, Kaylea plans to go to Northwest State Community College for two years and then transfer to the University of Toledo to finish off her schooling to be an orthodontist.

Miss Kaycee Humbarger, daughter of David Humbarger and Vince and Tara Hargis, represented the Junior class this year. Her escorts are Jamison Grime – son of Jamie and Jodi Grime, and Gavin Zyjewski – son of Jerry Zyjewski and Tiffany Schilt.

Kaycee has a younger sister, Janessa and a step-brother, Kamden. She also has a dog named Rocco. In school, Kaycee participates in basketball and softball. Outside of school, Kaycee works at Biggby and likes to spend her free time with her friends. Kaycee would like to get through high school and be successful.

The first Senior Queen Candidate was Miss Alyssa Custer. She is the daughter of Ryan and Tina Custer. Alyssa is escorted by Reed Walkup – son of Ed and Michelle Walkup, and Monte Treesh – son of James and Cherie Treesh.

Alyssa has an older brother, Brayden, and a younger sister, Emma. In school, Alyssa participates in volleyball and softball. Outside of school, Alyssa works at Biggby.

In her spare time, she likes to sleep and watch TikTok. In the future, Alyssa plans to attend college to become an ultrasound technician.

Miss Amalia Flores was the second Senior Queen Candidate. Amalia is the daughter of Carpio and Christina Flores.

Her escorts were Brody Kreischer – son of Amanda Kreischer and Tyson Reeder, and Logan Carpenter – son of Justin and Lisa Evers. She has four sisters, Shae, Trinity, Aleesia and Aria and one brother, Jesus. Outside of school, Amalia works as a barista at Jumpin Beanz.

In her spare time she likes to hang out with family and friends. In the future, Amalia plans to own her own business and travel the world.

Chelsea was escorted by Landon Brigle – son of Joe and Monica Brigle, and Andre Aguirre – son of Saviga Hemathulin and Pedro Aguirre.

In her spare time, Chelsea enjoys making crafts with her mom, working with her dad in the barn, and spending all her free time with her byfriend. She also loves listening to the best band ever, The Beatles.

In the future, Chelsea plans to attend the University of Toledo, majoring in biochemistry, studying to become an orthodontist. 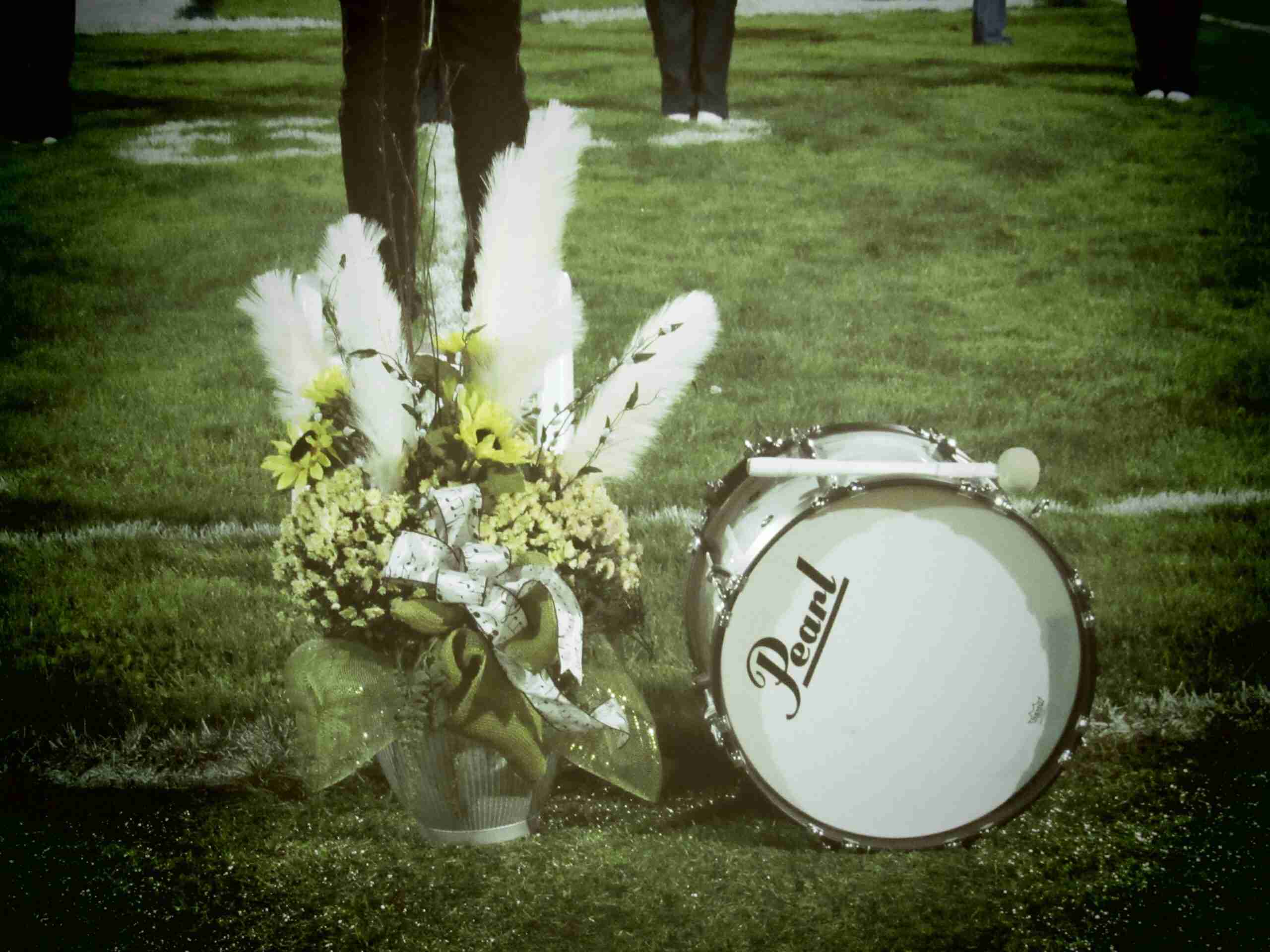 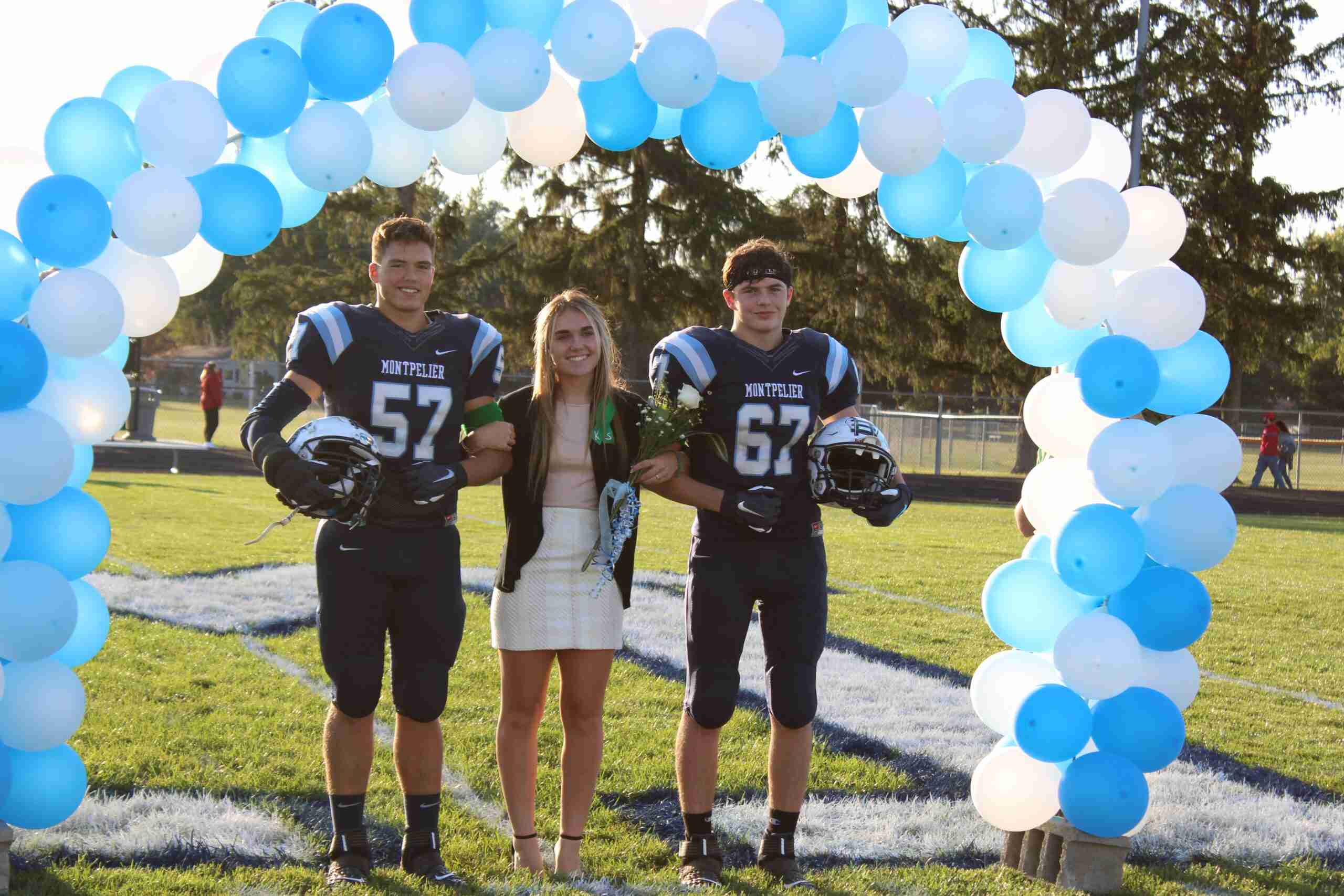 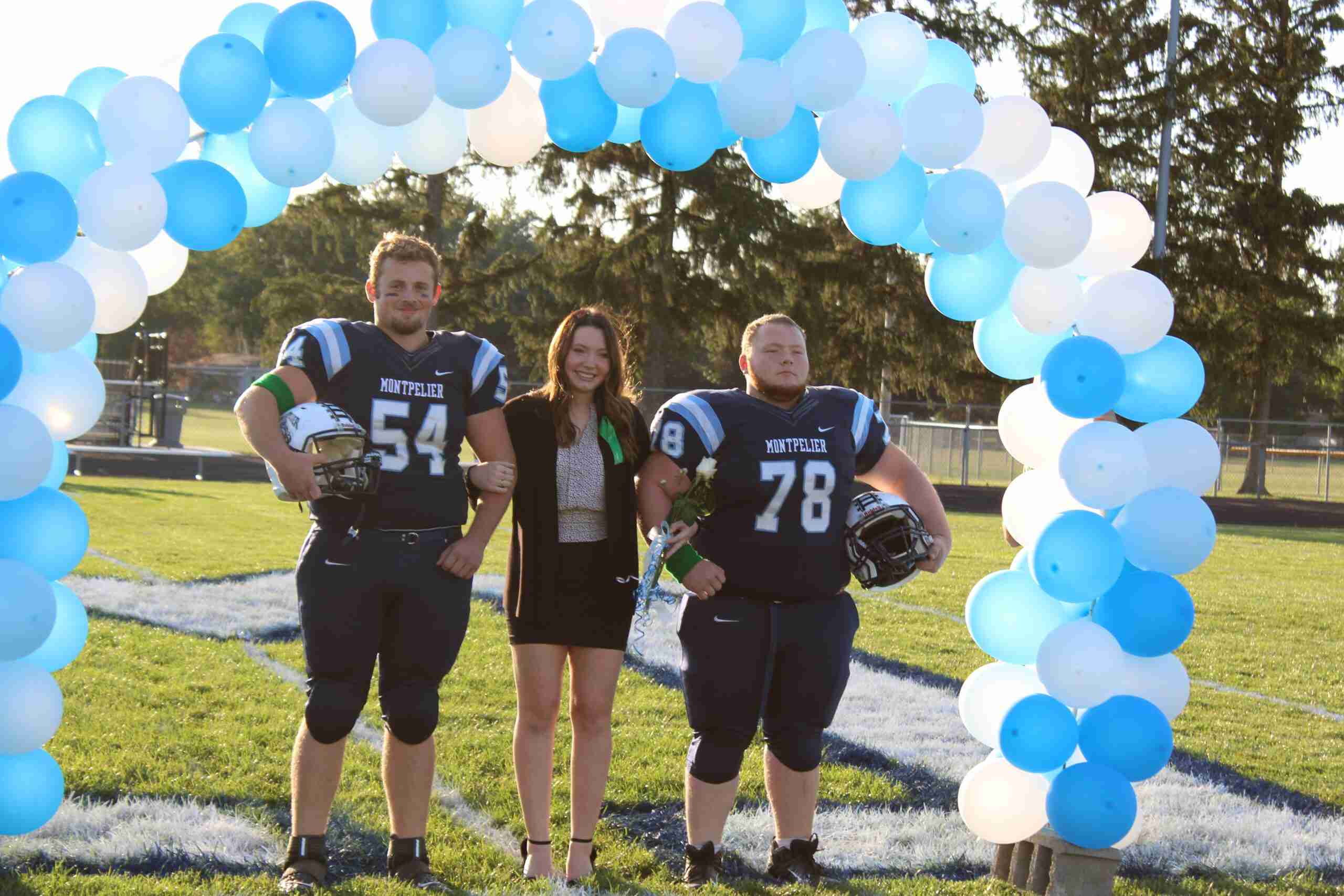 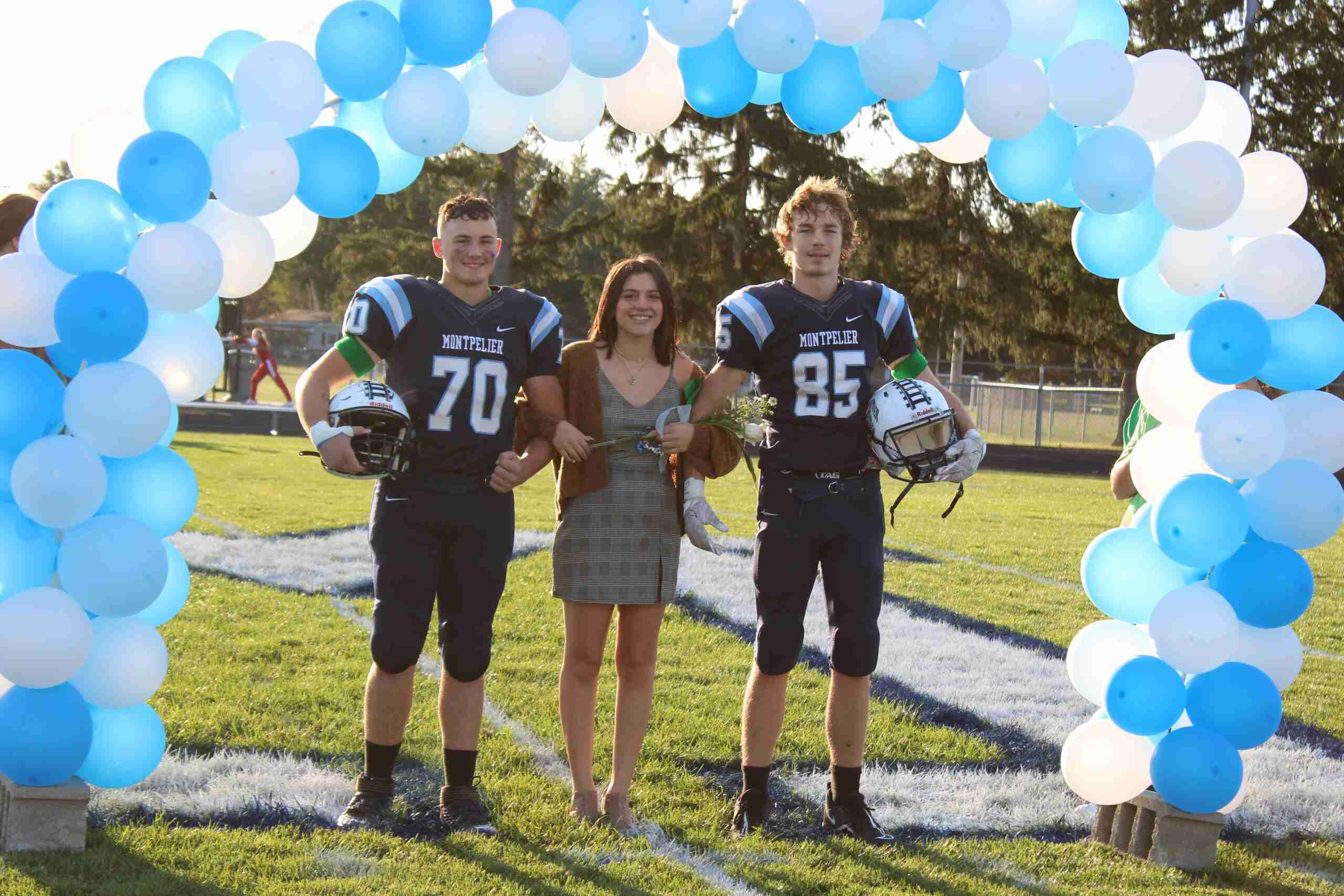 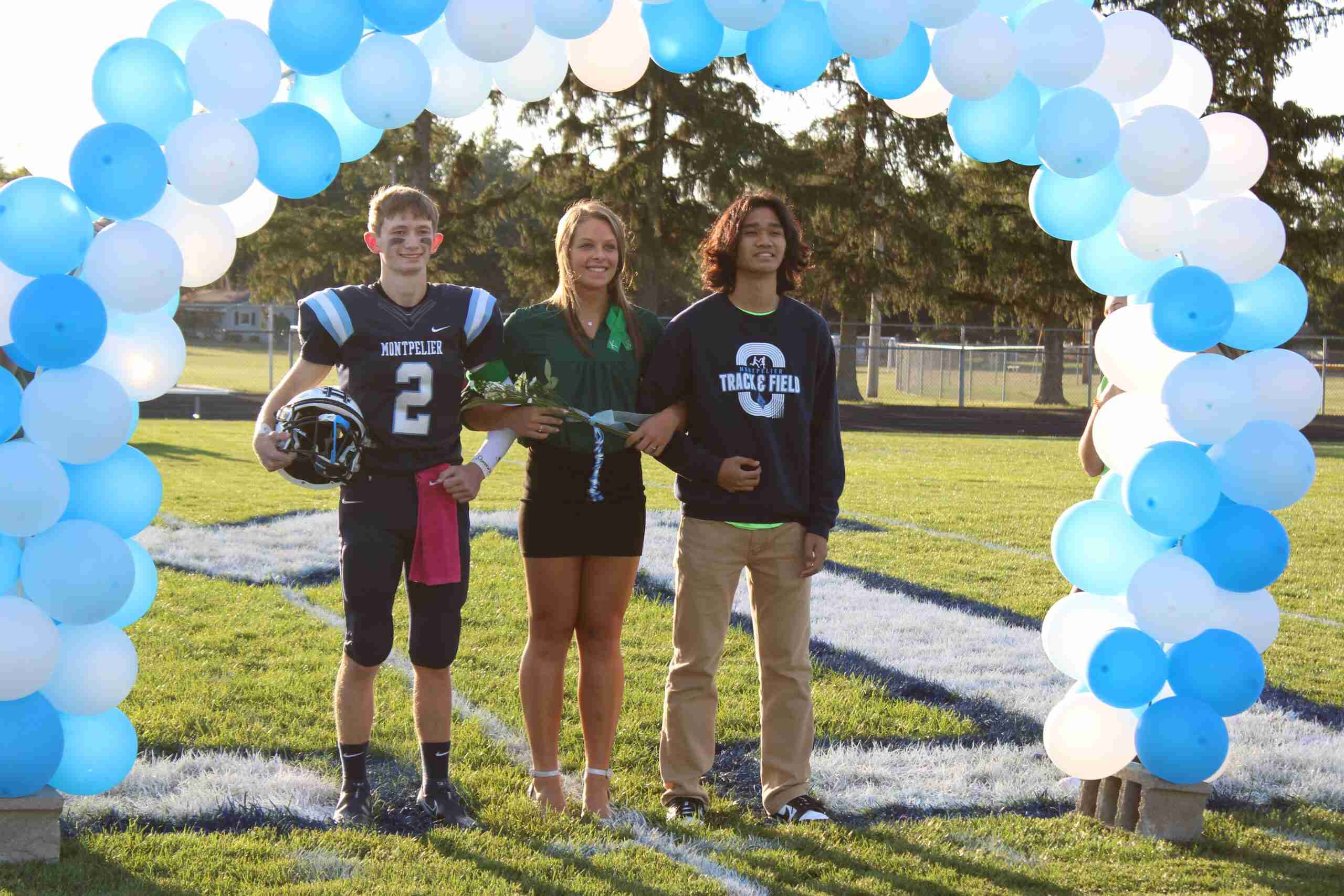 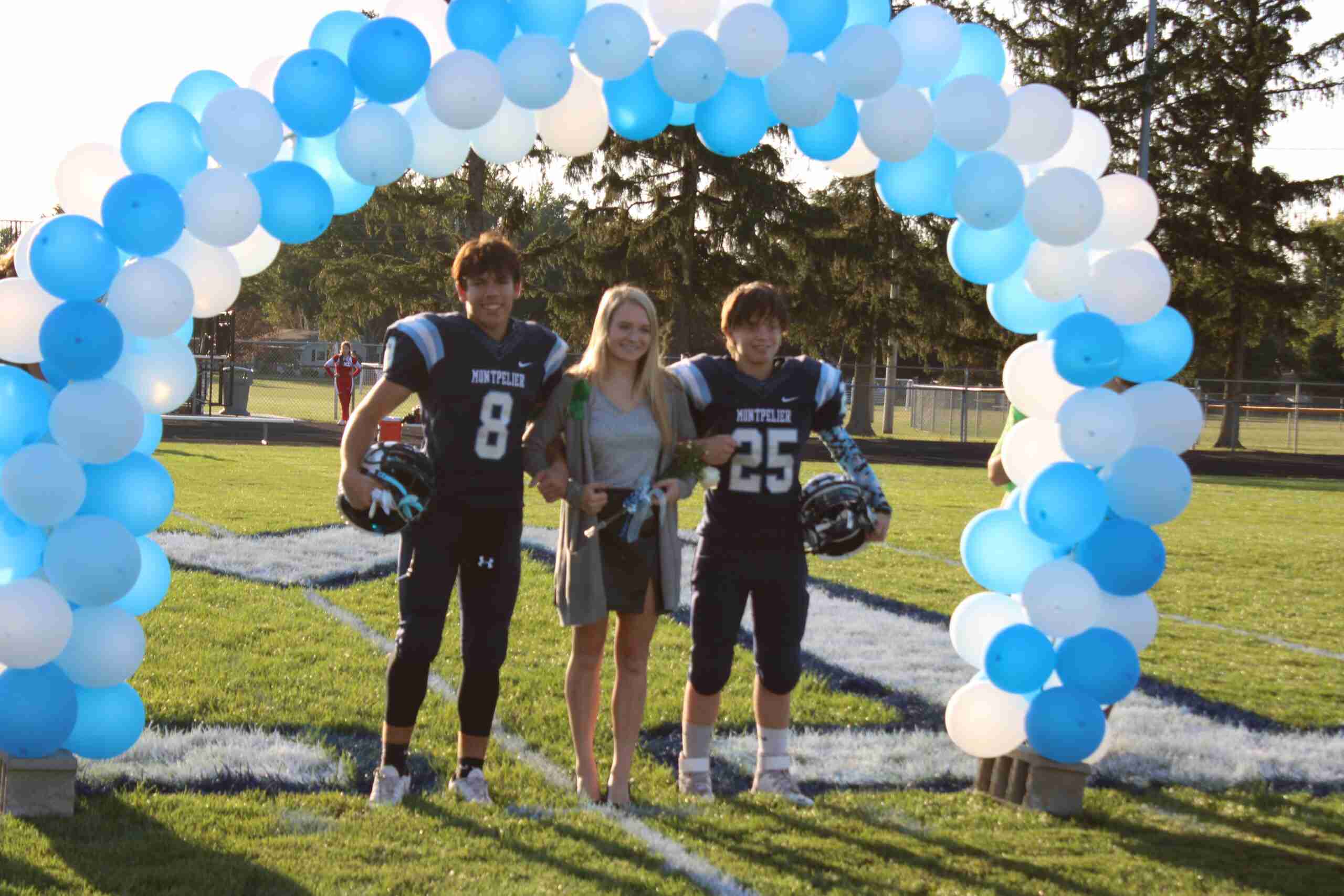 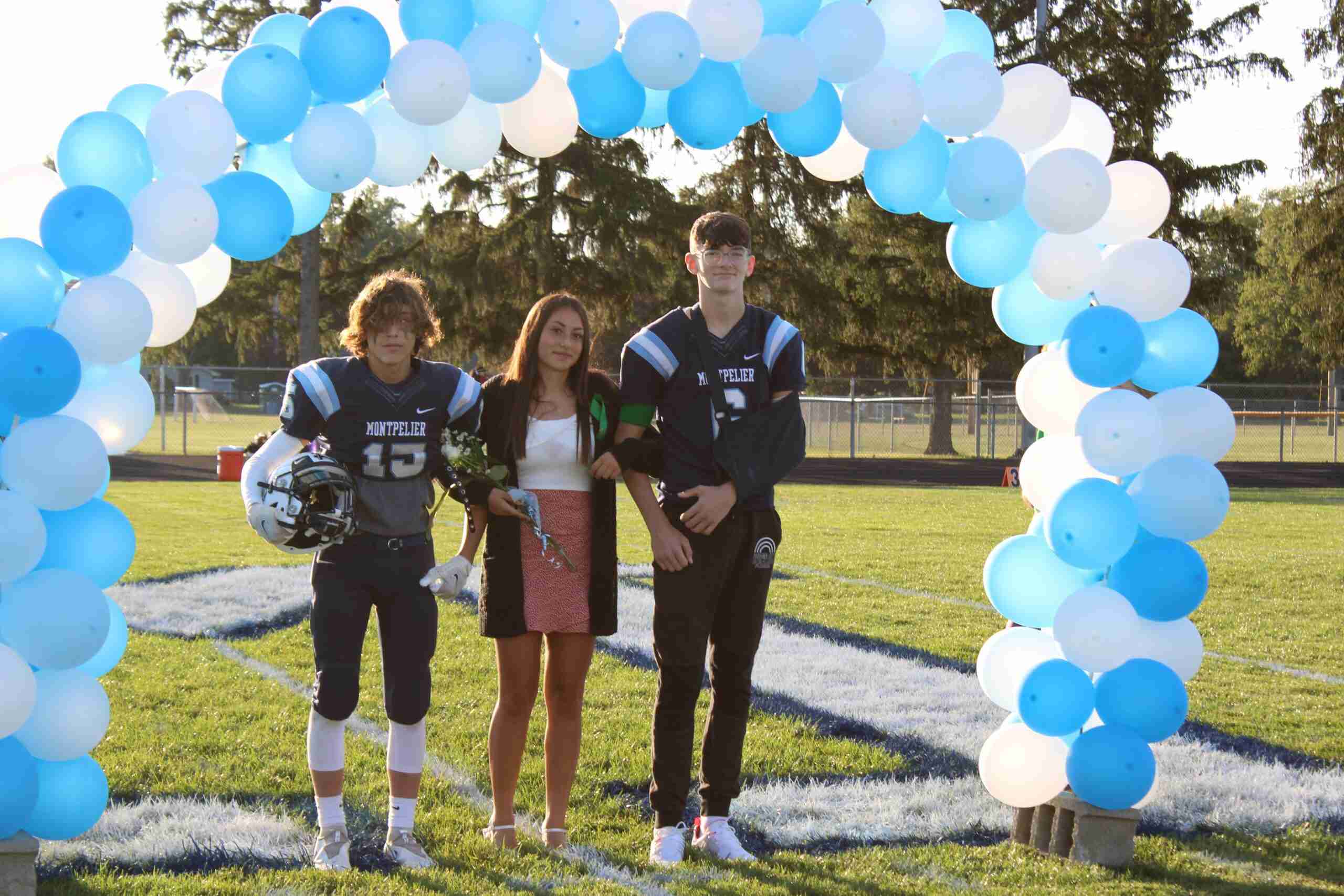