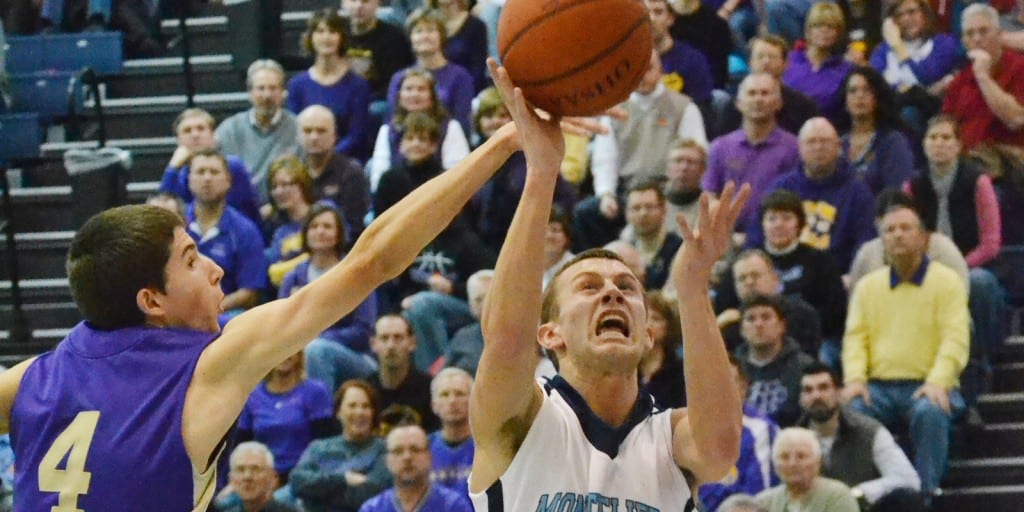 MONTPELIER – There are several ways to kick off a Homecoming game. Letting your opponent go off on a 20-2 run out of the gate isn’t one of the good ones.
On Homecoming Night in The Railyard, the Montpelier Locomotives were a tad too accommodating to the Bryan Golden Bears, allowing a huge run to start the game. Although the Locos did an admirable job of righting the ship and returning fire in the final three quarters, the first quarter damage was too much to overcome in what became a 52-40 defeat.
In his final Homecoming game, Blaine Thorp lit up the Bears for 15 points, while Cody Caudill added 9 and Alex Matzinger 7. Parker Houk finished with 6 points, and Nate McCord had 3