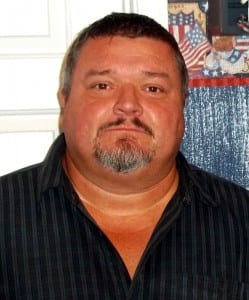 st meet John Vanover of Montpelier, Ohio, you are greeted with a broad smile, and are just as likely to also be on the receiving end of a hug as you are a handshake. After a few minutes of talking to him, you will also find out that he is passionate about the issues and people of this area.

In his excitement to talk about the issues, he might even forget to tell you that he is running for a state office. He is making his bid to become the next State Representative for the 81st district. This is noteworthy because it is not often that someone who is currently a resident of Montpelier has run for a state office. Though a man who was raised in Montpelier is presently serving as Secretary of State for Ohio, he relocated after graduation from college.

Vanover was born in Germany to his German born mother and his father, who was a GI stationed at an army base in the country. The family later settled in Cincinnati, Ohio, where John lived until after high school. That’s when he joined the Army. Upon his discharge, he found that jobs were few in the city, but he heard that there were plenty of places to work in Bryan, Ohio, where his father was located.

It wasn’t long after moving to the area and becoming employed that Vanover met “the woman of my dreams,” his wife, the former Teresa Parsons. They have been married for 33 years and have 4 grown children: Angela (Shawn) Greek, John (Stephanie)Vanover, Rachelle and Miranda. The couple also has 4 grandchildren.

Vanover said that when he moved here, jobs were plentiful, and they were good jobs that provided you with the means to raise a family. He says that, “when it comes to northwest Ohio, we should be a hub job creation.” He cites an article in “Area Manufacturing Magazine” which stated the top 25 reasons a company choses to expand or create business. Three of the top reasons were highway accessibility, land availability, and building availability.

“We have a lot of that in northwest Ohio,” said Vanover. “We need to advertise the assets. We have to fill those places.” He added that Ohio ranks 4th in the nation in miles of highways, and said that the area is in close proximity to several large cities; Fort Wayne, Toledo, Detroit, and further out, Columbus, Cleveland, Cincinnati and Chicago. Ohio also has Lake Erie for export, plus the area is within two to three hours of the Canadian border.

“We have it all right here. We need to advertise that we have what others want,” said Vanover.

Companies are also looking for highly educated and skilled work force, and this area has several good colleges. Vanover touts the benefits of the area’s educational opportunities, but expresses concern about financial issues that schools are facing. “We have great schools in Northwest Ohio. It’s wrong to un-fund our schools and demonize our teachers.” He disagrees with the current policy of teachers having to concentrate on teaching students to pass standardized tests rather than concentrate on learning critical thinking.

“We can’t prepare our children for higher education if you un-fund our schools.” He is concerned that there were so many school levies on the ballot that failed in the last few elections. He feels that the state, instead of fixing the jobs problem, has passed the burden down to our local communities and schools, but that revenue for the state can be increased by bringing in jobs.

He also believes that the cost of higher education needs to be kept low so that more of our citizens can go to college.

Vanover had not given any thought to running for office until he received a call from Alex Youn of the Democratic Caucus in Columbus earlier this year. When asked if he would consider running for state representative, his initial reaction was to start laughing, yet before the conversation was over, he had consented to be a candidate in the 81st district, which includes Williams County. He had only four days to get 50 signatures in order to get on the ballot. By the end of those four days, he had 100 signatures.

When asked why he, who had never held a civic elected position, was chosen, Vanover said that there were several people, including attorney Paul Duggan and local AFL-CIO president Al LaCombe, in the county who suggested him and felt that he would make a good state representative. He presently serves as president of Local 890L of the United Steelworker’s union, has attended two Iowa Caucuses and the South Carolina primary, and he has been to Washington, D.C. several times to lobby for working men and women. He worked to get a “Buy American” resolution passed for Montpelier, Ohio, in 2009. This resolution encouraged the town to buy American products and utilize Ohio services when within reason. Three years ago, he was chosen as the top Steelworker activist in the U.S.A. out of 800,000 other union members, and has won in his district each election year since 2004. He has been to House Speaker John Boehner’s office, and had consulted with Ohio House Representative Paul Gillmor on health care and several other issues prior to Gillmor’s death in 2007.

John has also served on the Steelworker’s Rapid Response team, which is described by the union as a “nonpartisan grassroots education, communication, and action program that involves every member.” He said that the program is issue based, not politically based.

Vanover has also served as a youth pastor in past years, helped start the Way Station (a youth center) and an adjacent skateboard park. He gathered together 125 teens for a church lock-in and had also spent time as a Sunday school teacher for pre-teens and adults.

His biggest reason for wanting to run for Ohio State Representative is that, “All four of my kids had the opportunity to go to college because I earned a good wage at a factory job. Now it’s more difficult to have a job with a living wage.”

John Vanover wants to work hard to change that and work to help schools get funding.