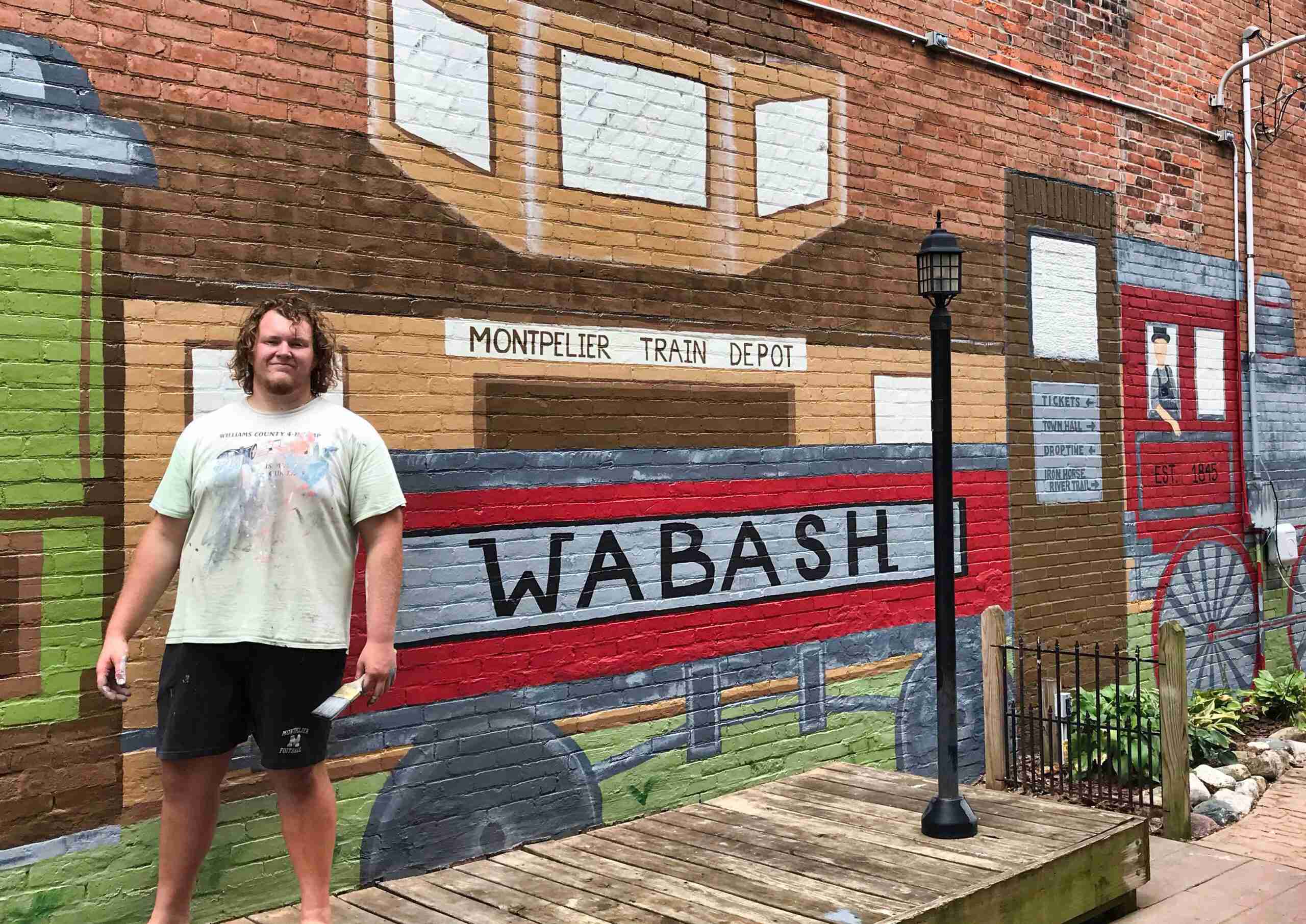 TRAIN DEPOT… Jaret Dye stands on the platform in front of part of the mural showing the Montpelier Train Depot with a train going by. (PHOTOS BY JACOB KESSLER, STAFF)

An alley on West Main Street in Montpelier has been revitalized thanks to Jaret Dye. Jaret got the idea for the project during Mission Montpelier. As he was looking into what it would take to fix the area up, it was suggested that he speak with the Rotary.

The idea was, that they normally hold a reverse raffle and if they were to have any extra money, they may be interested in helping.

“I went and spoke to the Rotary and pitched it as well as a fix that was needed for some of the bricks. A lot of the issues for the mural, other than sun exposure, was the mortar for the bricks.

So, in total there would have to be some mortar replaced before it could be painted over,” said Jaret. The Rotary got back with him 2 days later and told him that they liked the idea and wanted to move ahead with helping him.

Jaret explained where the motivation came for the refurbishing project. “The Cruise In is held on Empire Street and the mural is in the alley that looks down Empire Street. The position was fantastic, and it stuck with me.”

I remember seeing it when I was little doing all the activities people are still doing now. My own memories are why I like doing that one so much. And with the trains, if it is a school’s mascot you know how important they are to the community,” said Jaret.

Jaret started purchasing paints and supplies at Pelts Lumber and got to work on the mural. The project itself took two months with each week taking 15-20 hours.

Together with his parents, grandparents and girlfriend, they were able to complete all of the mortar work and painting.

“We ended up adding some small touches and made the colors vibrant to pop out from the wall,” said Jaret. Take a walk down Main Street in Montpelier and head down the alley.

Step up onto the platform and grab a picture standing in front of the train depot or with some of the people painted on the wall and step back in time with them. 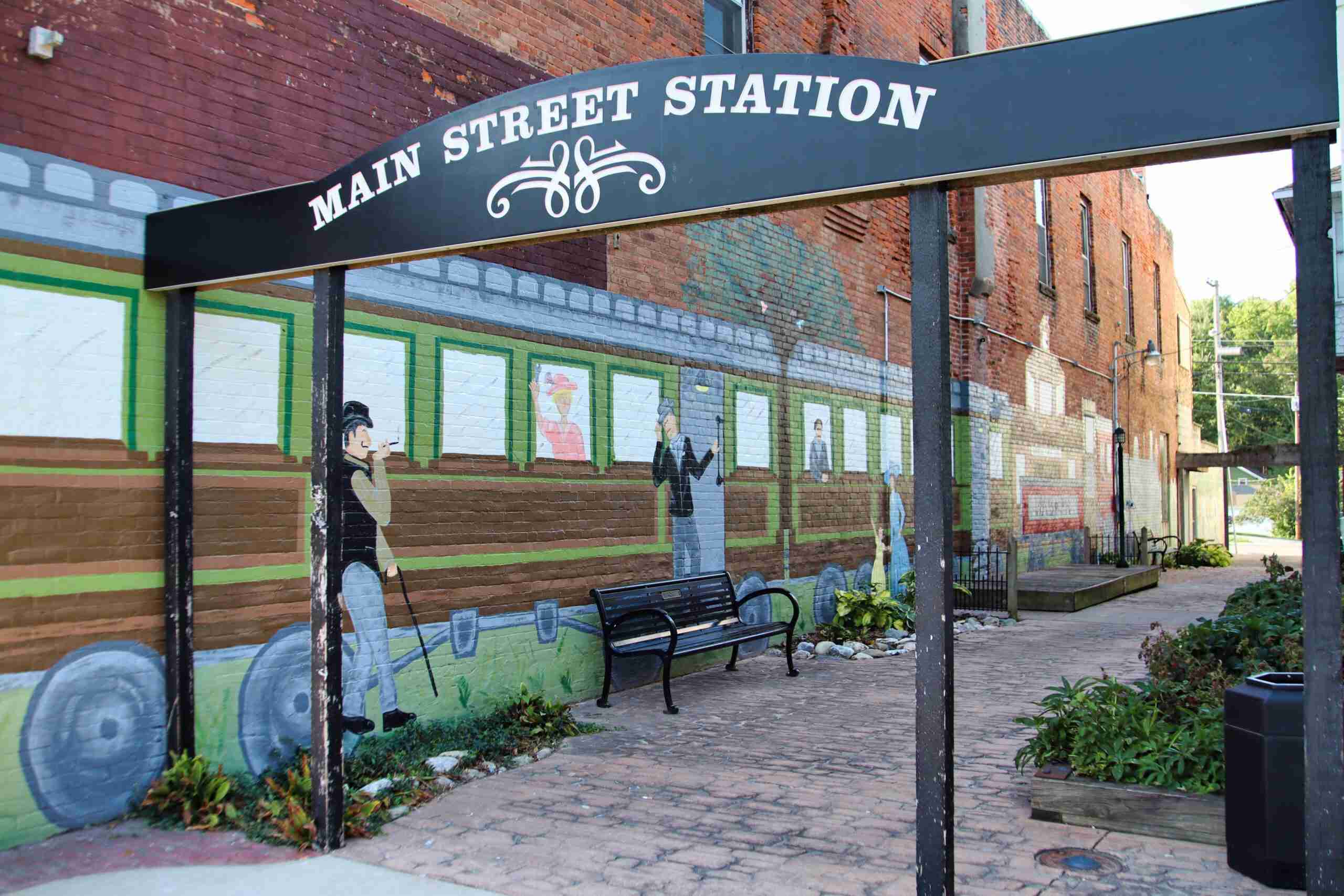 MAIN STREET MURAL… Looking down the alley on West Main Street you can see all the work that was done to refurbish the mural.