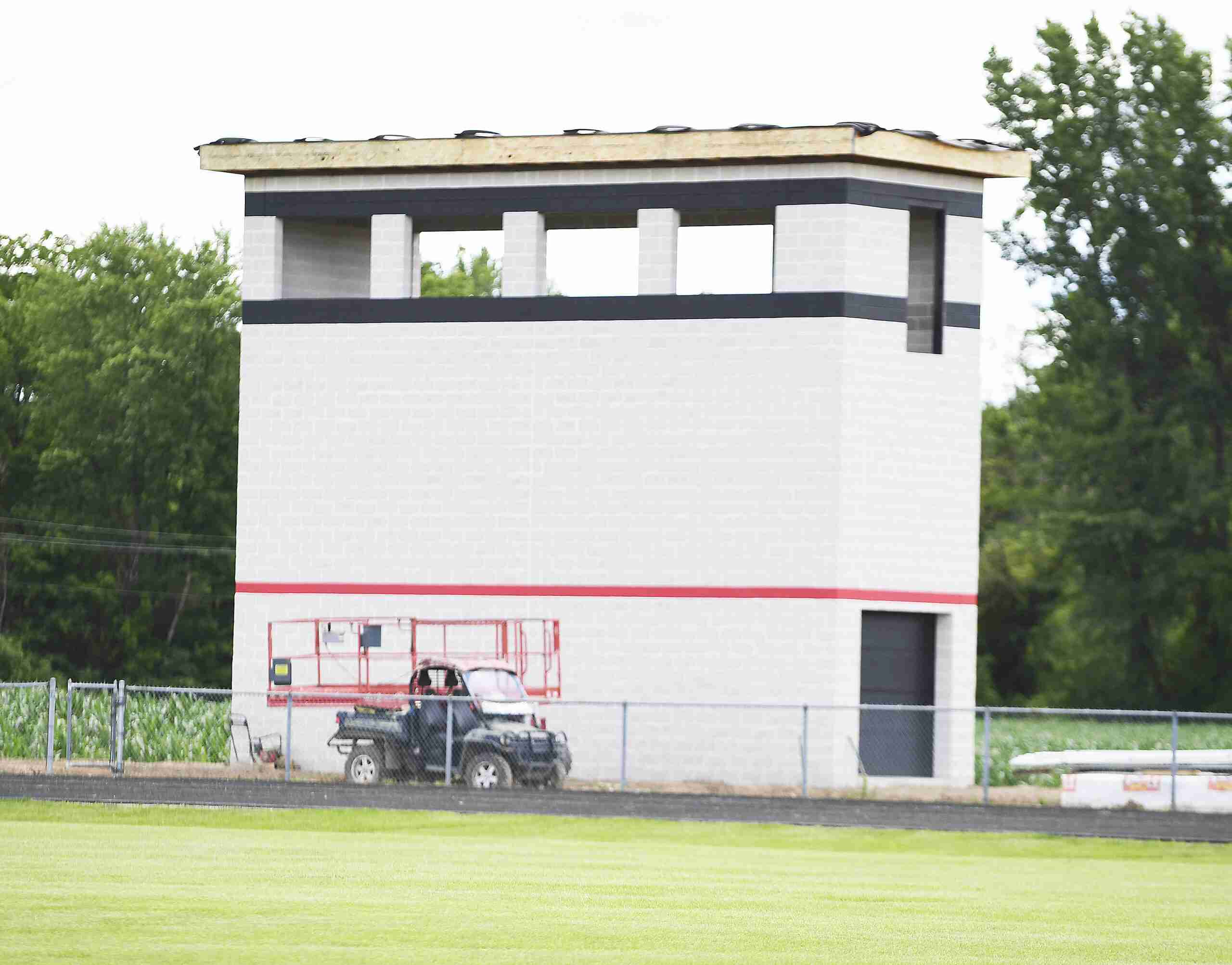 PRESS BOX … Pictured is the in the works new press box with grey brick and bright red and black stripes. (PHOTOS BY LINDSAY PHILLIPS, STAFF)

North Central Schools are looking toward the future with some fancy football field updates. Better lighting and a large new press box are being added to the school’s field, with hopes for much more to come.

Last year in June, the school received a brand-new digital score board, which was donated by Ed Kidston and the Kidston Family of Business.

Unlike most schools around Northwest Ohio, North Central received new LED light bars that spiral around the pole.

These lights cost almost $140,000 and were funded by a donation from the Eagle Football Boosters and North Central’s Wellness Fund.

The project was approved back in April by a unanimous vote from the board of education.

The press box is located on the south side of the field and is still under construction with some finishing touches still to be done. Following the completion of the structure a painted graphic will be placed on the front.

Michael Babin was recently added to North Central’s staff roster In April as the Athletic Director. Although new, Babin has a plan for the sports field at the school.

Babin wants to add a permanent set of bleachers and an updated larger locker room next summer in 2023.

He stated, “Especially with such a small town, this is something that everyone can enjoy.” Babin went on to add, “Eventually we hope to be the crown jewel of northern Ohio with our athletic facilities, it’s going to take some time, but I think there are some positive changes coming.”

Babin also shared their looking to update the softball field dugout with fences and the baseball field. He shared, “These are all things to bring North Central back to what it should be and what it is.” 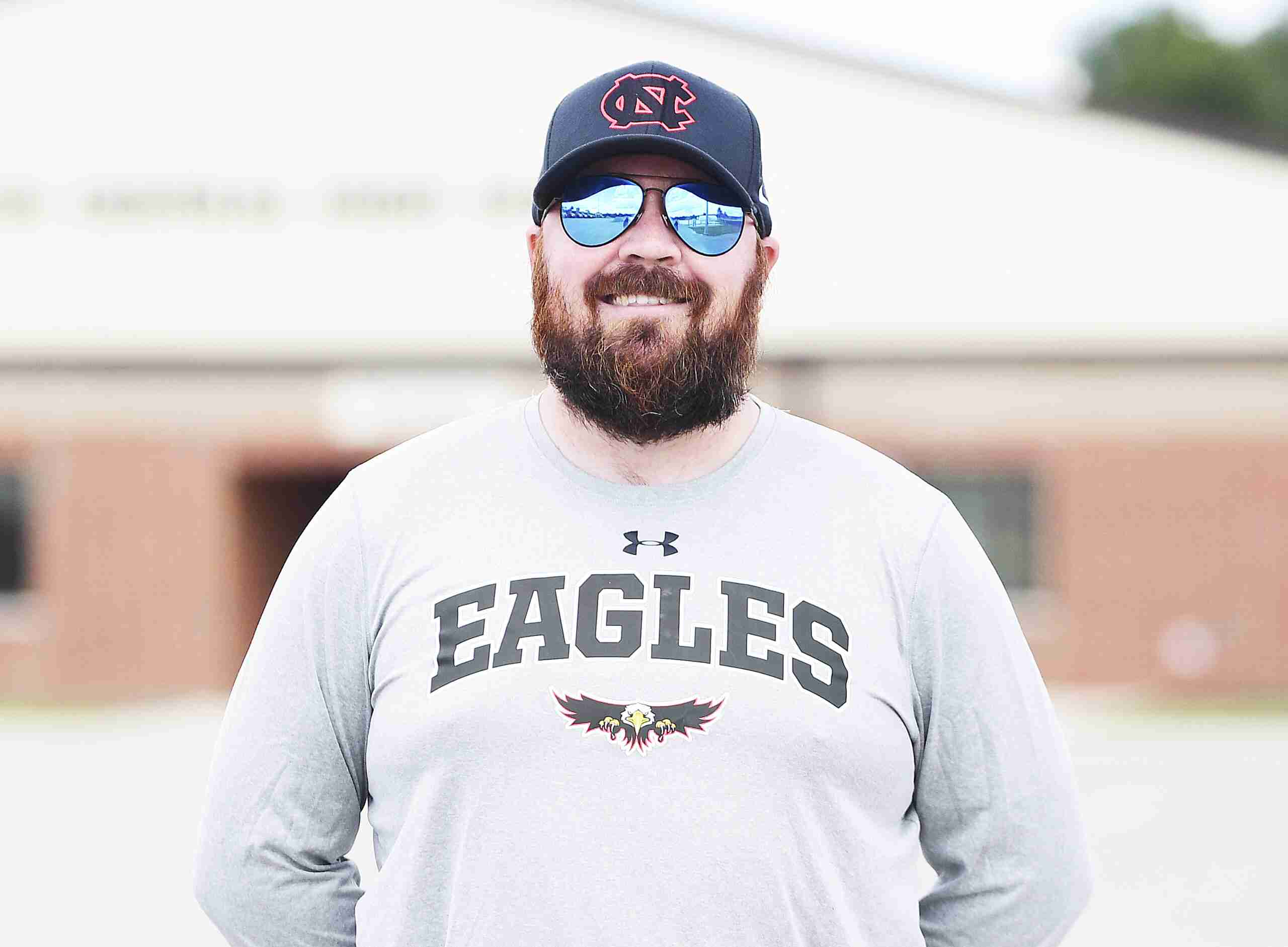 NEW ATHLETIC DIRECTOR … Michael Babin was recently added to North Central Schools as Athletic Director in April of this year. Babin shared his high hopes for the athletic facilities at the school.