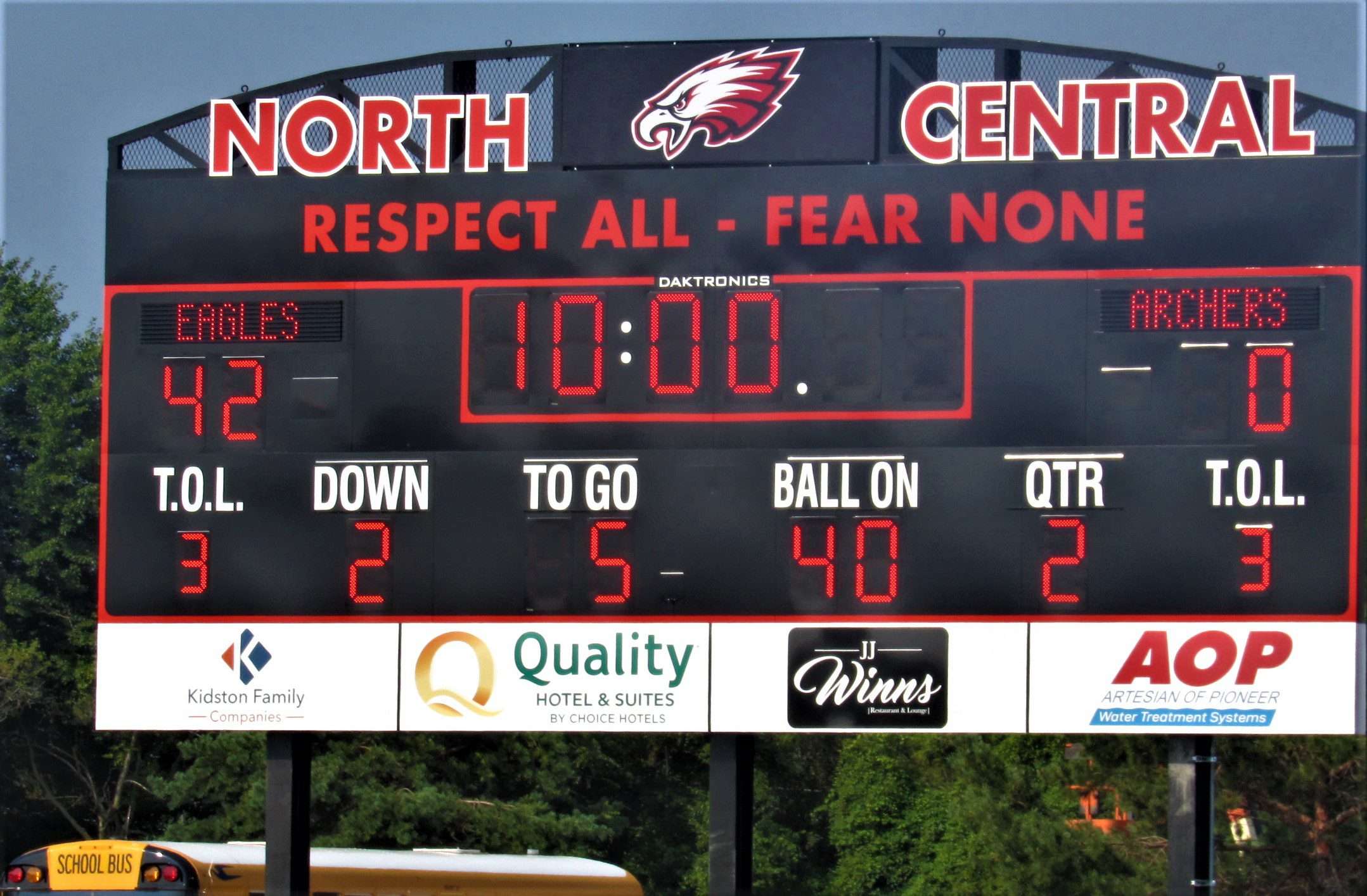 “The nice thing about living in a small town is that when you don’t know what you’re doing, someone else does.” – Immanuel Kant.

And that couldn’t be more true. Everyone knows about The North Central Eagle football team. These boys have worked very hard to accomplish what they have.

This wonderful group of kids and parents kept pushing for a team. And they finally have the numbers. They are now up to 17 on the JV team.

Because of dedication and commitment, the Kidston family and several others have spent their own time, money, and sweat to get the scoreboard for these boys.

This scoreboard was used for the first time at the game on Saturday against Antwerp. Several people commented how easily they could see the lights on it and how impressive the scoreboard was.

Mayor Kidston stated, “I don’t want to take any credit for this at all. These parents and these kids have done all of this. They have worked their tail off. They did fundraisers for goalposts, helmets, uniforms, and bleachers. none of that was funded by the school.”

Mayor Kidston has been mayor for 22 years, and he has always wanted Pioneer to have a football team, and he was not going to give up on it. He’s hoping the school can find some additional funds to help these boys now.

“Thank you to the boys that have dedicated their high school careers to make this happen,” said Mr. Kidston.

These boys will play in the first-ever varsity football game next year. Great job, boys. We are all very proud of you and look forward to watching you play your high school careers. The boys won their game against Antwerp 55 – 0.