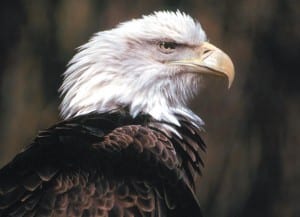 The North Central School Board in Pioneer met on Monday, March 18, 2013. Members of the board addressed several concerns. Some community members would like to have a walk through the school to discuss school security, as well as training procedures used by the school district. Some members would also like to address a need for the student body and athletes on the responsibility to take action when they see violations taking place to other students and to report any wrongdoing or victimization. They would also like to see the students receive training on the power of social media to spread actions of students and in using social media responsibly. They need to be aware that anything they put out in social media becomes public info, and if it illegal, then it becomes evidence. This concern comes from the incidents related to athletes in Steubenville, Ohio.
[emember_protected custom_msg=”Full content protected for online subscribers.  Purchase a one week subscription from the top menu bar for just $1.99 to read all online content (full access).  Longer subscription plans are also available.  Subscriptions cover our costs to attend local events; bringing forth Hometown News Coverage to our communities.”]
There were six visitors present at the meeting, three of whom addressed the board with their concerns. Tomi Zuver, Brandie Bailey, and Jason Bailey expressed their concerns on the punishment given to the students for plagiarism. The Board policy is to give students a zero for plagiarized work. The students were given credit that ranged from 50% to 90% in the different instances dealing with various degrees of plagiarism. The parents’ concern was that in one class, students were allowed to correct their work and were given up to 90% credit, but that in another class, students were only given 50% credit for their work. The board pointed out that these were two different classes and two different types of work. The parents called for across the board consistency.

The board approved the consent agenda which included:

1. Minutes from the February meeting.
2. Financial statements and investments from February
3. Employments:

As per the treasurer’s report, the board approved the following appropriation additions as follows:

The board approved the transfer of $12,639.30 from the Motorcycle Project Fund (018 9000) to the High School Principals Fund (018 9623) to close out the Motorcycle Projects Fund. This was a project from the past that was run for three to four years. Students, in conjunction with a motorcycle shop in Ney, built custom motorcycles which were then auctioned off. Three motorcycles had been built, but the project ended, and the account had sat unused.

In his superintendent’s report, Ken Boyer called for a motion to approve the following: To authorize and direct the Treasurer to place a notice in the Bryan Times/Village Reporter, no later than March 20, 2013, regarding a public meeting to discuss the retirement and rehiring of Barb Oyer and Larry Bunting.

Before concluding he meeting, the Board discussed budget options for permanent improvement funds for the 2013-2014 school year.

The next meeting of the North Central Board of Education will be held on Monday, April 15, 2013 at 6:30 p.m.[/emember_protected]