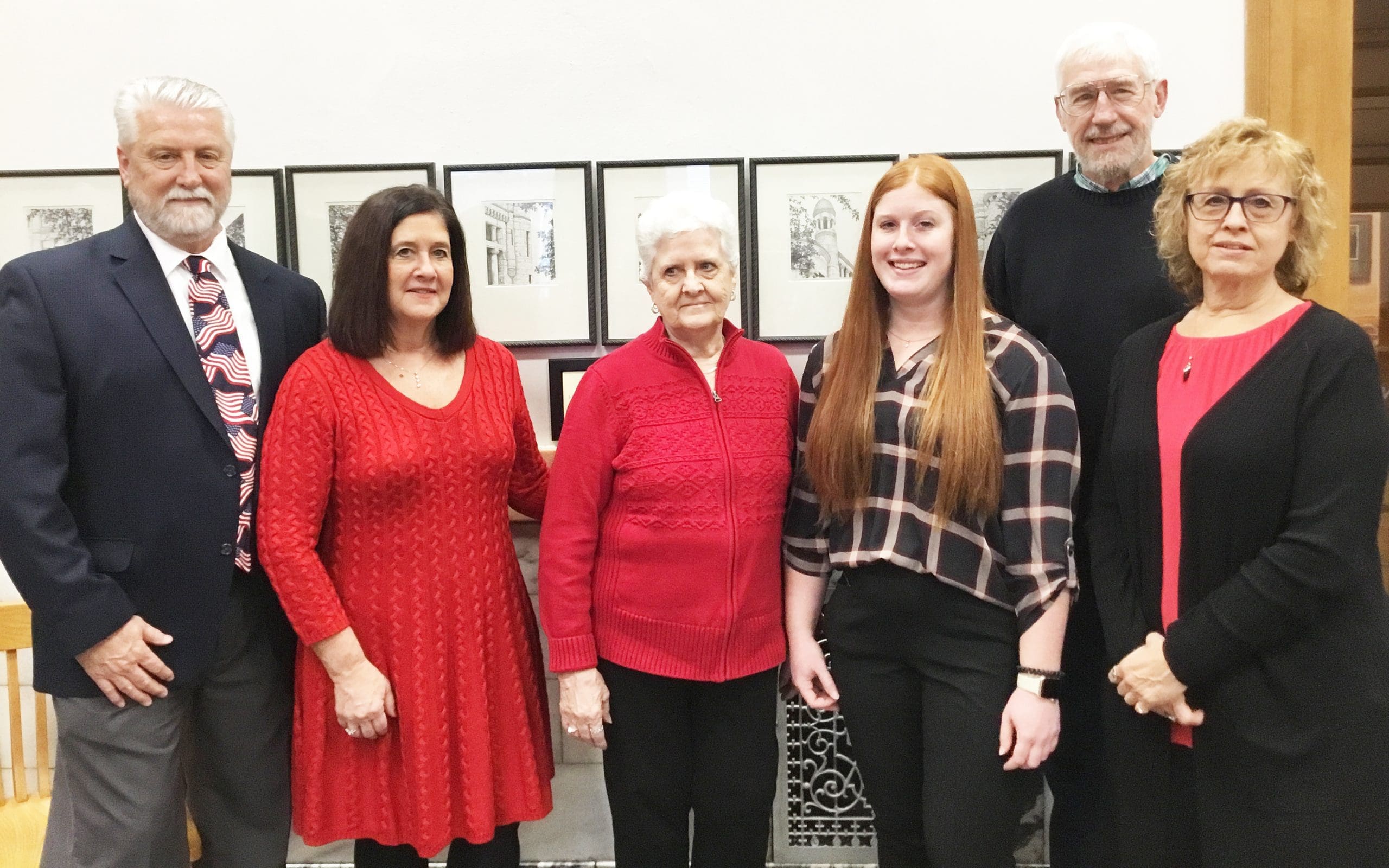 FAMILY … A posed photo was welcomed by the family who were there as Bart Westfall was sworn in as Williams County Commissioner on December 22, 2022. From left to right are Bart Westfall, his wife Terri, his mother Joan, his daughter Haleigh, Brother-in-law Steve Smith and sister Julie Westfall Smith. (PHOTO BY REBECCA MILLER, STAFF)

Bart Westfall, who was elected Williams County Commissioner in the fall 2022 election, was sworn in by Judge J.T. Stelzer in the 3rd floor Courtroom on December 22, 2022.

Westfall who will be taking the seat which was filled by Brian Davis for the past sixteen years, has been a business man in the county for many years. This is his first time to hold an elected position.

Many family members, friends, co-workers and fellow elected officials were present for his Oath of Office Ceremony, filling one entire side of the courtroom.

Judge Stelzer joked with the group about how nice it was to see a crowd that size who were all smiling.

He shared how Bart’s father was one of his very first friends after he moved to the area and of the friendship he and Bart have developed over the years.

The judge invited Westfall to come stand with him and asked if he wanted anyone else to join them.

Westfall asked his wife, Terri to join him and Stelzer administered the oath, swearing Bartley E. Westfall in as the newest Commissioner in Williams County Ohio.